Coronavirus will change how we eat, not the people who feed us • the Hi-lo Support our COVID-19 coverage with a tax-deductible donation — Click here
- ADVERTISEMENT -

One of the last, face-to-face conversations I had before the walls of my home became my only source of visual stimulation, was with Luis Navarro, the chef and half the power behind both Lola’s and The Social List, as well as one of the head honchos at Portuguese Bend Distilling.

Big, affable, a smile almost permanently plastered to his face, this conversation deviated from his regular, go-to topic of loving Long Beach and went into a much more sober topic: the unbelievable stress and detriment that comes with dedicating one’s life to supplying communities with food, service and a human connection sewn together with delicate strings of culture and empathy on the unsteady table of taste.

Placing his right hand just below his heart, as if to clench some tangible air pocket, he looked at me and said, “There is a constant presence right here, a hole that—depending on my day, depending on my emotional state, depending on my physical state—can expand into something that puts me entirely out of commission. So, I either push through it or it overtakes me. The thing is learning what can push me over the edge or what can help me.”

Our talk meandered through an assortment of emotional challenges: putting family second to business, putting one’s mental stability second to business, putting community before yourself. We talked about therapy sessions, about the importance of emotional stability in an industry largely removed from it. And, vaguely, we talked about the economic instability of this thing he loved so much.

“The margins!” he’d exclaim, nodding toward the very tiny sliver of unstable profits on which restaurants balance.

And in front of me, a man who embodied that instability; a man who, like so many others in Long Beach, had put himself second in the name of hospitality. 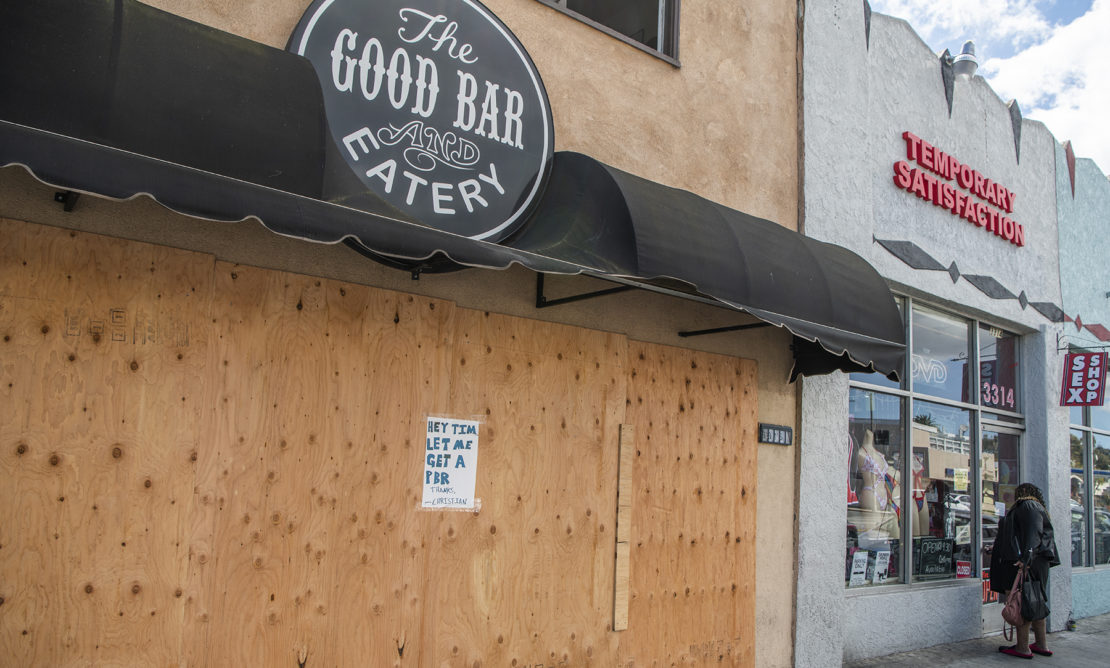 In my time writing about Long Beach—about 15 years—it wasn’t until recently that our food scene was worth exploring.

New restaurants began opening at an incredible pace and showed exceptional quality. Coffee shops and roasters showed themselves to be distinct and quality-driven, even beyond some of L.A.’s most respected caffeinated offerings. There were great beverage menus, a distillery and generally, genuinely fantastic food that even those working at larger publications believed was worthy of notice.

It deserved to be written about, to be analyzed, to be criticized, to be praised; we arrived at a juncture that justified us talking about our food on a level that only our neighbor, L.A., to the north really had the chance to do. For once, we weren’t an adjunct afterthought of the City of Angels.

What the present crisis shines such a bright light on is the fact that it was the people who made it; it was the constant, face-to-face interactions that made it so viable, so essential, and such an important cog in our lives. Almost every day, I think of how we—restaurateurs, writers, patrons—had become so proud and ignorant that we didn’t understand that the entire restaurant industry was not only fragile but being held up by equally fragile people, many of whom may soon find themselves out of business.

I think of Luis and his wife, Brenda, who tirelessly work in serving a community with food as well a near-endless line of fundraisers, drives and volunteer work.

I think of Julian Shrago, master brewer at Beachwood, nearly coming to tears after watching 70 of his co-workers get laid off and apply for unemployment himself, still hopeful that selling cans of beer will keep Beachwood open.

I think of Dana Tanner, the woman who watched Restauration grow up, only to watch it burn down in 2018, only to rebuild it and reopen it in late 2019 just in time to have the government tell them to close their doors.

I think of Arthur Gonzalez, owner and chef a Panxa and Hideaway, who had overcome his own addictions in order to maintain a kitchen as the top boss, only to become known as “Papa” to his many employees who depended on his guidance in an industry that runs on imbalance.

I think of Dima Habibeh, the chef at Ammatolí, who has been sending care packages to those in self-quarantine because they “need to remain strong.” Soup, pita bread, even dishes that aren’t on her menu, to showcase her care for people who might not exactly feel well right now, mentally or physically.

I think of Michael Procaccini, the pizziola at La Parolaccia, constantly bouncing between thoughts of closing and facing the fact that his family’s immigrant dream of making Italian food America could perish.

I think of the men and women who tirelessly helped shape our social identity now having to face a future in which many of their businesses will not survive. 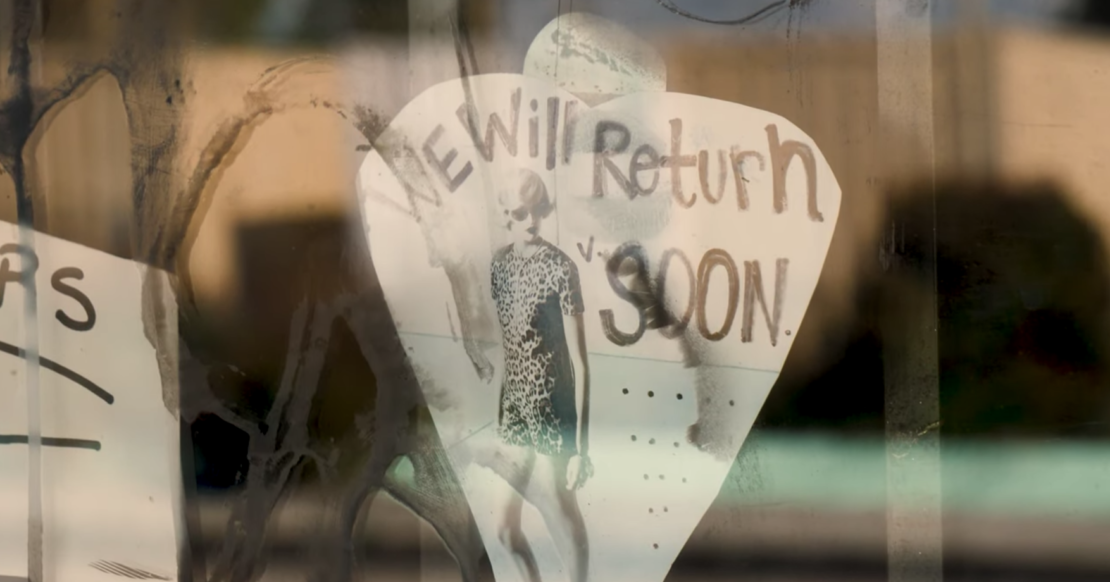 Notes of encouragement are pasted on the inside of windows in businesses across Long Beach. Photo by Thomas R. Cordova.

That is a hard truth and, because of it, we must make certain not to turn our backs on these people when we have the honor of eating their food again. We must create a pathway that will protect them in the future, that we will never dismiss or take for granted the delicate organism that is our community’s foodways.

I know some are looking for answers and I have an unfortunate response: I am not sure of much besides a major societal shift in how we look at the hospitality industry. That means examining it from an economic angle, learning what we expect of insurance companies during these pandemics and somehow upholding this industry—the one which employs hundreds of thousands of people in this county alone—on the level that it deserves when it comes to discussions of rehabilitation and rebuilding.

On a local level, it means not settling for the mediocre and calling out bad operators. It means understanding, as a patron, the ecosystem of a restaurant; that you’re paying for more than just the food. It means discovering ways for us to develop safety nets that can assist those that depend on the industry.

But we can’t do any of that until we can share a plate again face-to-face; that’s when the tough and very real conversations can and will begin. 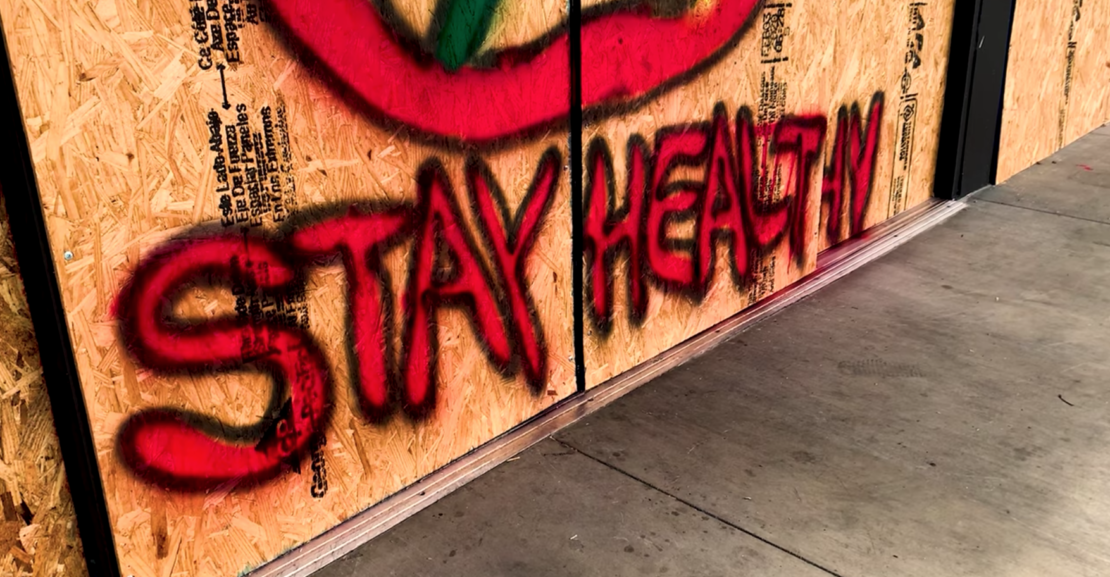 A sign of encouragement on a space that remains otherwise shuttered. Photo by Thomas R. Cordova.

One of the beauties I’ve learned through writing about food is that it is far beyond anything tangible. It’s wonderfully wrapped in a constant conundrum. On one hand, it can be broken down to its essence as this thing our bodies simply need to survive. Hell, it can even be some amalgamation of nutrients blended into a little shake and forced through a tube if need be. But, we refuse to break it down into such a necessity because it supersedes the biological.

Like memories of tragedies and achievements—these days are certain to give birth to many of both—food is steeped in this strange concoction of neurological fireways that are endless in importance for creating the identity we have.

It can be, as in my case, an Italian grandfather giving you specifics for his pasta e fagioli. It can be, as in the case of my own partner, his madre tending to a stovetop early in the morning, masterfully pounding flat masa over a hot comal to create tortillas. It can be, like many in Long Beach, the person who wins over the cookout with a masterful mac’n’cheese.

It can be many things but what most intimately connects them all is the intersection between our identity and memories. This is the power of food, one of the few universal languages—and it is certainly something no virus will permanently destroy.

But, in the now, it can take away the one thing that made us love food in the first place: the people.

We can forget that, unlike the very wealthy, many of the spaces we took for granted were started by those who put everything on the line in order to exist. Chefs and owners who wake up and, if they make rent and labor costs with only $15 left in their account, that’s okay—because their employees got paid and their doors stay open.

We must not forget that food can’t be removed from the people who make it. It can’t be taken from us unless we allow it.