Amid isolation, Jewels brightens community with drag shows from her backyard • the Hi-lo Support our COVID-19 coverage with a tax-deductible donation — Click here
- ADVERTISEMENT -

With thousands of online watchers, including Mayor Robert Garcia, and a mostly empty backyard save the occasional appearance by a puppy, Jewels——Long Beach’s treasured drag queen/philanthropist—did something she never thought she’d do: Brunch in the Backyard.

Amid a crisis and isolation, the nightlife that was a staple of Jewels’ life was shut down overnight and she felt there could be no other recourse than to do a good ol’ drag show. And show out she did. On Sunday, March 22, the show highlighted her getting ready and enjoying a few libations. She also did multiple musical numbers across the course of nearly two hours, from the traditional Brunchettes’ opener of Peggy Lee’s “I’m a Woman” to Reba McEntire’s “Fancy.”

“I was completely a fool, of course—but it was time to get out of my head and have some fun. During the entirety of the show, I kept getting messages: ‘This is what I needed!’ and ‘Thank you so much!’ But honestly, I think it helped me more than them,” Jewels said, laughing.

Of course, this wasn’t the immediate Happy-Go-Lucky, broadcast-from-a-smartphone shindig that it became. Like many in her business, Jewels saw her entire way-of-life handed a pink slip. A self-proclaimed workaholic with a presence from Long Beach to West Hollywood to Palm Springs to San Diego, she saw every one of her jobs disappear.

“By Friday, I had done OK—I was feeling alright,” Jewels said. “But the weekend hit and then the rest of it hit with me. I was in bed all day. I was… I was just sad and depressed. It was in total removal from myself.” 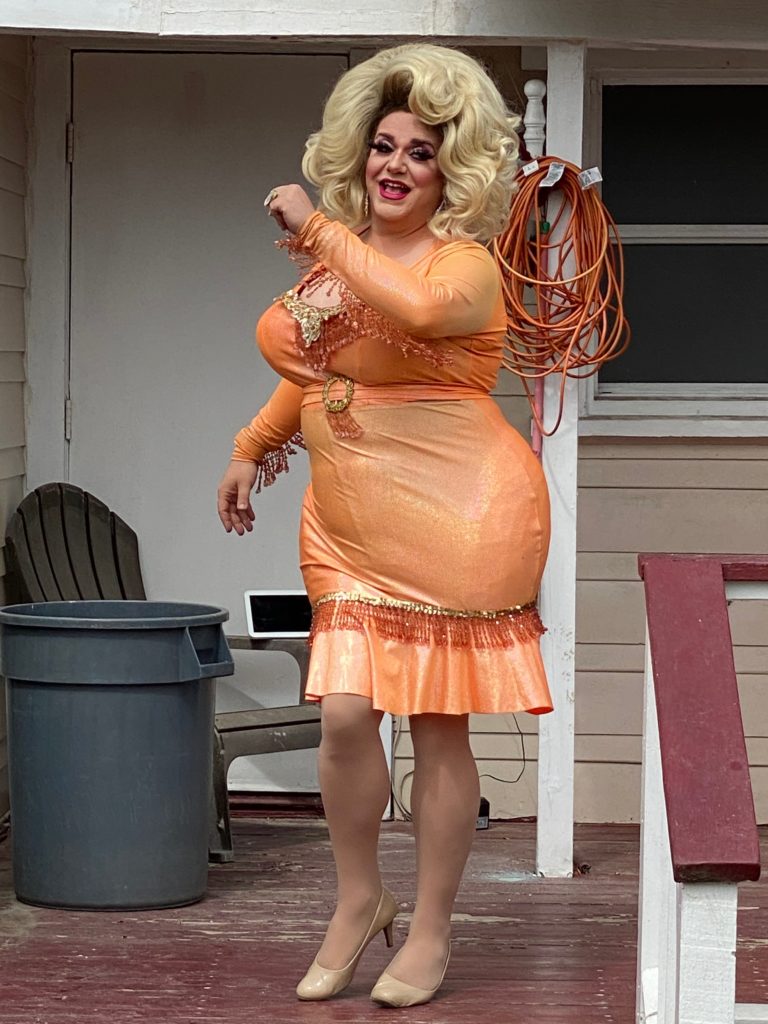 Jewels performing during Brunch in the Backyard. Photo by Preston Thrasher-Reeves.

Jewels’ love of nightlife is connected to a deep, personal need for human contact. She adores people, especially within the freedom of dance floors and queer spaces, and that makeshift therapy was suddenly removed in a matter of a few days.

Her depression, however, wouldn’t last long.

“It took one of my friends asking me, ‘What the hell are you doing?’ to make me realize that this wasn’t who I am,” Jewels said. “I’ve been through a helluva lot more crap than this and I had to rethink about what was going on.”

Turning to her friends, she created her “quarantine family,” a set of people who agreed to live not only with Jewels in social isolation but, of course, with each other. Together, they would stay inside, follow the mandates ordered by the city and state, and support one another. The constant presence of others was just what Jewels needed to come up with her next big show: Brunch in the Backyard.

“Jewels has been my family for twenty-plus years, so it made logical sense to stick together in this time of crisis,” said roomie Preston Thrasher-Reeves.

Using her quarantine family as a crew, Jewels decided to create a Brunchettes show of her own. While the original Brunchette’s is at Hamburger Mary’s, where bottomless mimosas flow with masterful drag performances from multiple artists every Sunday, Jewels only had herself, her backyard and her quarantine family.

The show quickly became a community effort: At one point, someone from Portuguese Bend caught wind of the performance and sent Jewels and her quarantine family a pack of liquor. Delivered over her fence mid-performance, the makeshift show crew created shots and gave a shout-out to their psuedo-sponsor.

“We are currently looking for more sponsors,” Jewels said. “We’re happy to include commercials for local small businesses.” 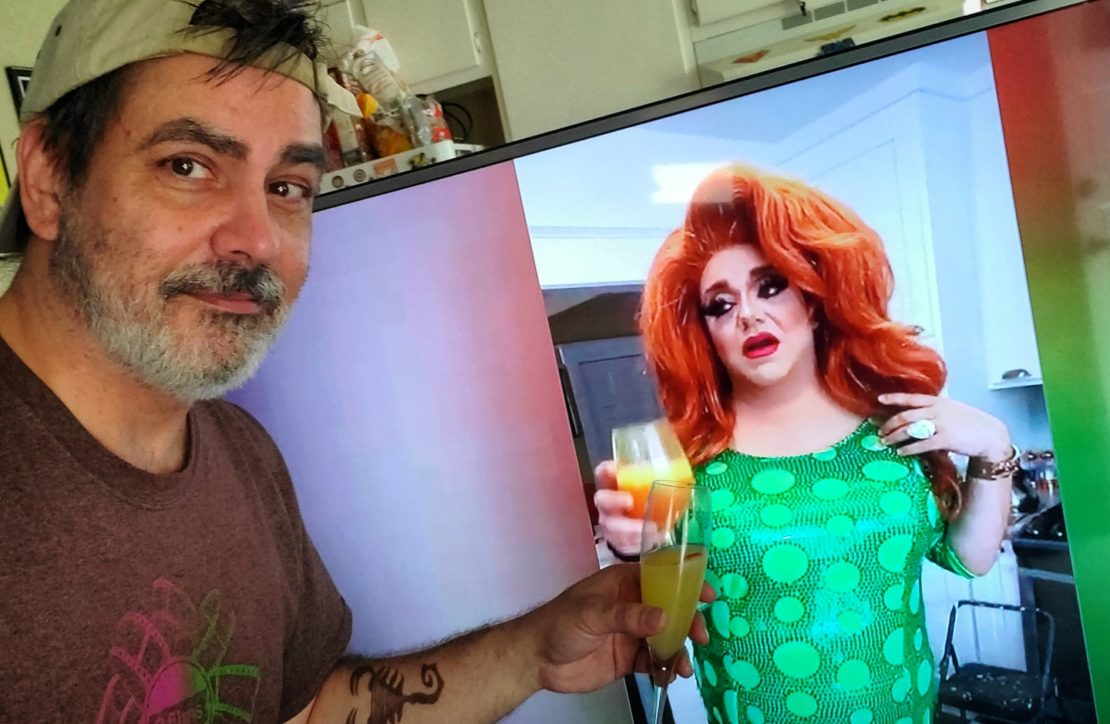 Jewels fan Charlie Gage shared his love of Brunch in the Backyard with a cheers.

While searching for sponsors for future shows—”Oh yes, honey, this will be a weekly Sunday tradition”—Jewels knew one thing: despite her uncanny ability to draw in dollars, she purposefully did not do a money appeal.

“Drag queens, drag kings, DJs, go-go dancers—they’re out of work and finding it impossible to find assistance,” Jewels. “I was doing it as an outlet, to get out of my head… But there was no way I could ask for money.”

Still, tips began appearing automatically on every one of her pay accounts, from Venmo to PayPal.

“They figured it out,” Jewels said. “It was truly amazing. They did it all themselves.”

With its success, Jewels is returning this Sunday on both Instagram and Facebook to host yet another Brunch in the Backyard. She hopes that eventually, as long as mandates to remain inside are enforced, her Backyard series can expand to include other performers from inside their homes.

“We’re gonna do our best to create a broadcast,” Jewels said. “See the stars… Live from satellite television!”

Jewels’ next Brunch in the Backyard is Sunday, Mar. 29 at noon. Click here for more info.