In these weird times, restaurants and bars—having been closed or limited due to the spread of coronavirus—owners are adjusting to a new reality by pivoting to meet the needs of customers.

“I’m just trying to use our long-term relationship with our vendors to secure items that might be hard to come by for others in our neighborhood. We are starting with the basics and seeing what we can do to help.”

It’s a move that’s not just smart but symbiotic: After Mayor Robert Garcia, echoing those of Los Angeles Mayor Eric Garcetti, effectively shut down dining in at restaurants while shutting down bars, restaurants had to figure out the complexity of creating a full delivery/to-go menu while patrons increased their already-overloaded presence in stores with the rightful anxiety that they might have to cook for themselves.

The result of the latter has been chaotic: Grocery stores have experienced increasingly unruly line lengths, often extending even beyond parking lots, a lack of staffing, and worse, a lack of supply.

The Ralphs near the traffic circle just now. A woman walked by shaking her head saying, “Unbelievable.” Most of the produce, dairy and eggs out of stock too. Daiso was chill, though (they’re out of hand sanitizer). pic.twitter.com/MCUfvBwE1M

Long Beach Beer Lab owner Levi Fried and his wife Harmony Sage describe their brewery-meets-bakery as being “a fortunate existence” because, while being able to provide baked goods and even fermented products, they also have bulk access to a ton of the basics: milk, eggs, flour, sugar and grains like rice.

“We were approached by our distributor and rep—whom we’ve worked with for years now; he lives in Wrigley—and he told us that they had these items and we could provide it to the community,” Fried said.

After talks with Councilman Roberto Uranga’s office to receive legal confirmation they could move forward, she said the Long Beach Beer Lab taproom has become a full-fledged convenience grocer. The result? Sage continues to sling out pizzas and bread while also being able to provide essential products to the neighborhood. 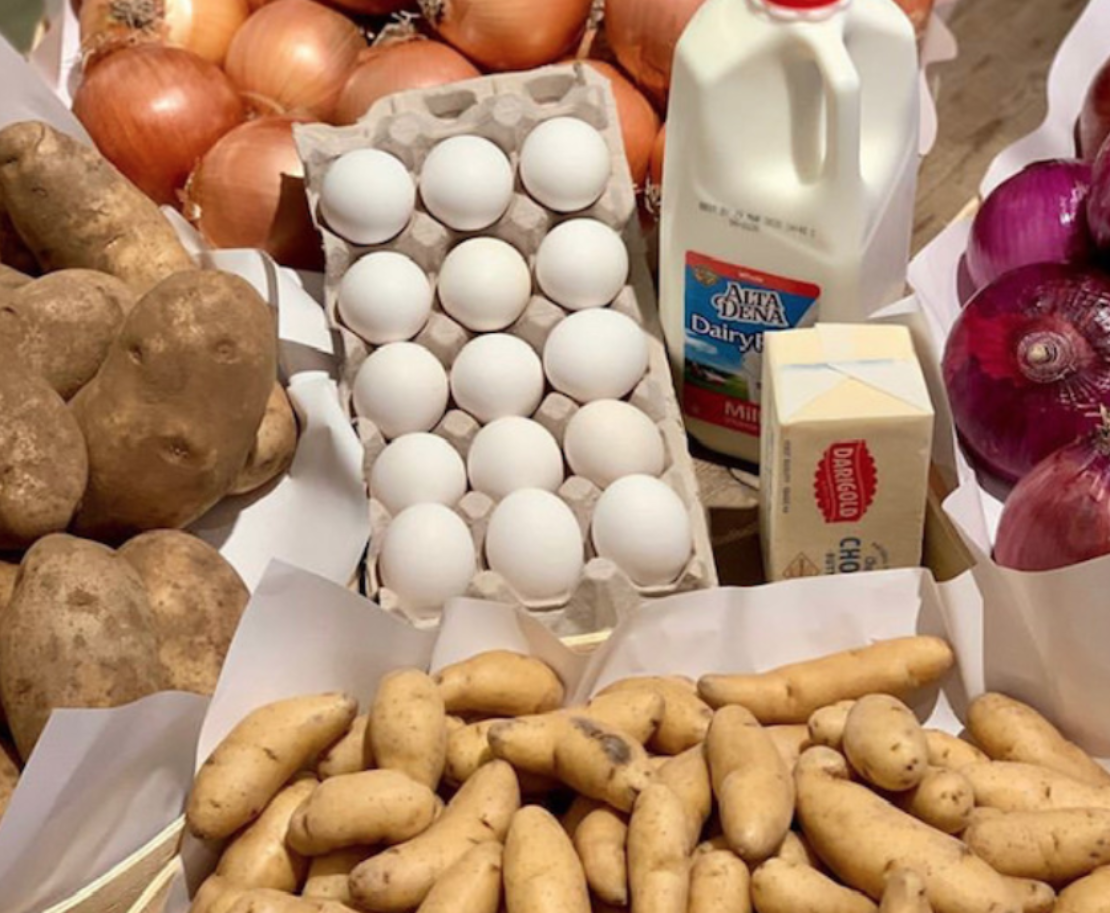 An assortment of offerings from Rasselbock’s popup corner store. Photo by Bjoern Risse.

“We have a sizable empty taproom so we liquidated our pantry, moved the chairs out of the taproom, and moved the shelving in,” Fried said. “This will allow us to operate as a crucial center of essential goods for a neighborhood in case a stay in place order is mandated. In all honesty, we are pretty damn happy to continue to produce beer and bread along with providing essential goods to people in need.”

In Downtown, Michael’s owner Carl Dene is converting the entire restaurant space into Giuseppe’s Family Market, an ode to Chef Giuseppe Musso, who heads their kitchen.

Handmade pastas, housemade sauces, meats, cheeses, wine, and even toilet paper will be offered at the market.

“Basically, we’re doing everything we can to not only support our staff but to support a local community from having to stand 45 minutes to an hour in line outside the grocery store only to go in and find out that they can’t get anything,” Dene said.

Dene notes that the food ecosystem is a complicated one—and one of the other benefits of these pop-up corner stores is the fact that restaurant suppliers are hurting as well as patronage shrinks and therefore, so do orders from owners. Converting industrial sized product into individually packed takeaways is a win-win for all involved.

And what about prices?

“We’re not gonna be price gouging,” Dene said. “We’re going to be charging a nominal fee just enough to try to help retain and keep as much staff as possible throughout this difficult time. We have a feeling that these closures are going to be much longer than what they’re projecting at this point and we have to do everything possible to help support our staff and our community.”