Long Beach is one of the few cities in the United States now participating in a World Central Kitchen program ensuring restaurant workers not only continue to work but are producing meals for those who need them most.

Having launched as soon as the coronavirus began to hit global levels and formally active in the city for the past three days, the pilot program here in Long Beach, headed by The Ordinarie and Lola’s Mexican Cuisine, is now responsible for more than 1,000 meals delivered daily to seniors across the Long Beach region.

“But it’s really not about me,” said Lola’s owner Luis Navarro. “This was all Tank’s from the get go: the scrambling together, the organization, the backbone.” 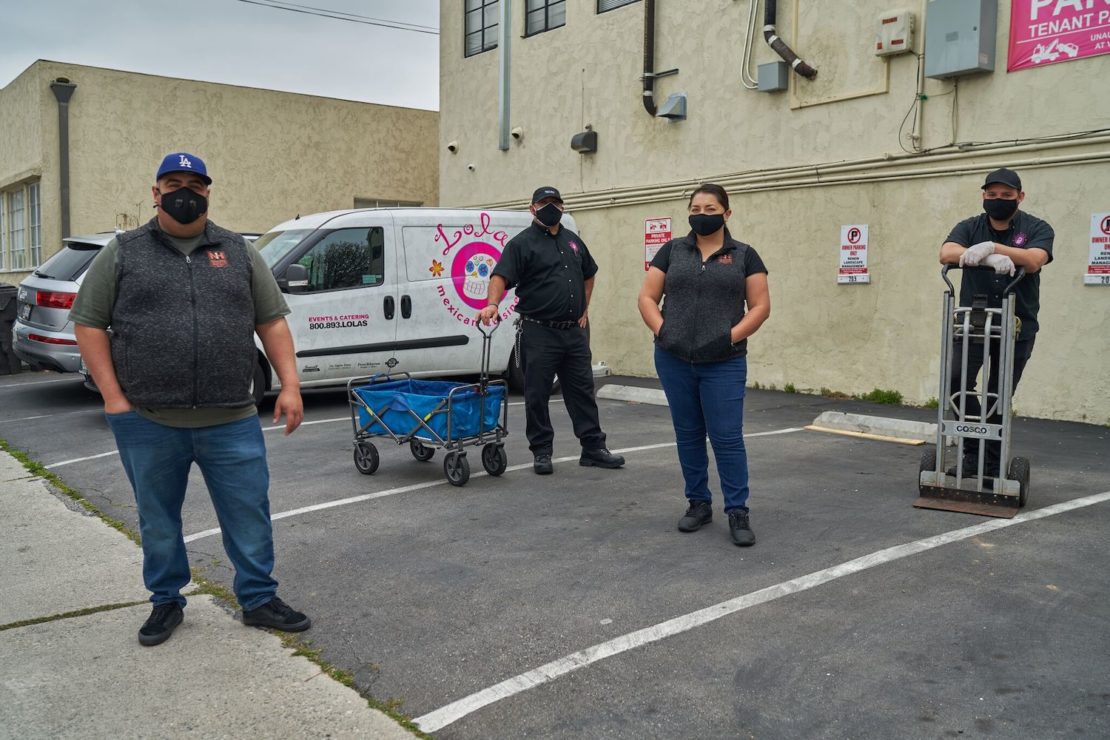 Staff from Lola’s Mexican Cuisine load vans for meals to be delivered to seniors throughout the region. Photo by Michael “Tank” Gonzales.

Michael “Tank” Gonzales, a man who not only has many hats to wear—lawyer, and owner-operator of Downtown’s The Raven and The Wolves tattoo studio with Carlos Torres—but has had to process a wide range of emotions as he lifts this program off the ground: Unfortunately, at the same time that Gonzales was helping to save jobs at those two restaurants, he was forced to lay off the majority of the staff at his law firm.

“To keep it real, it is a weird emotional juxtaposition for me right now,” Gonzales said. “But I’m just so happy to be doing something I feel is so genuinely worthwhile for my city.”

While Gonzales was aware that many groups have been focusing on the nutritional needs of the city’s youth, he believed seniors were being overlooked. Considering the size of Long Beach’s senior community—there are dense pockets of seniors thanks to communities like Park Pacific, Providence Gardens, Plymouth West, and City View, just to name a few—Gonzales knew that Long Beach’s senior populations would be a great fit for the World Central Kitchen’s new program. Even more, he felt it would best be served in a time where biological and political contention has clashed with our foodways system. 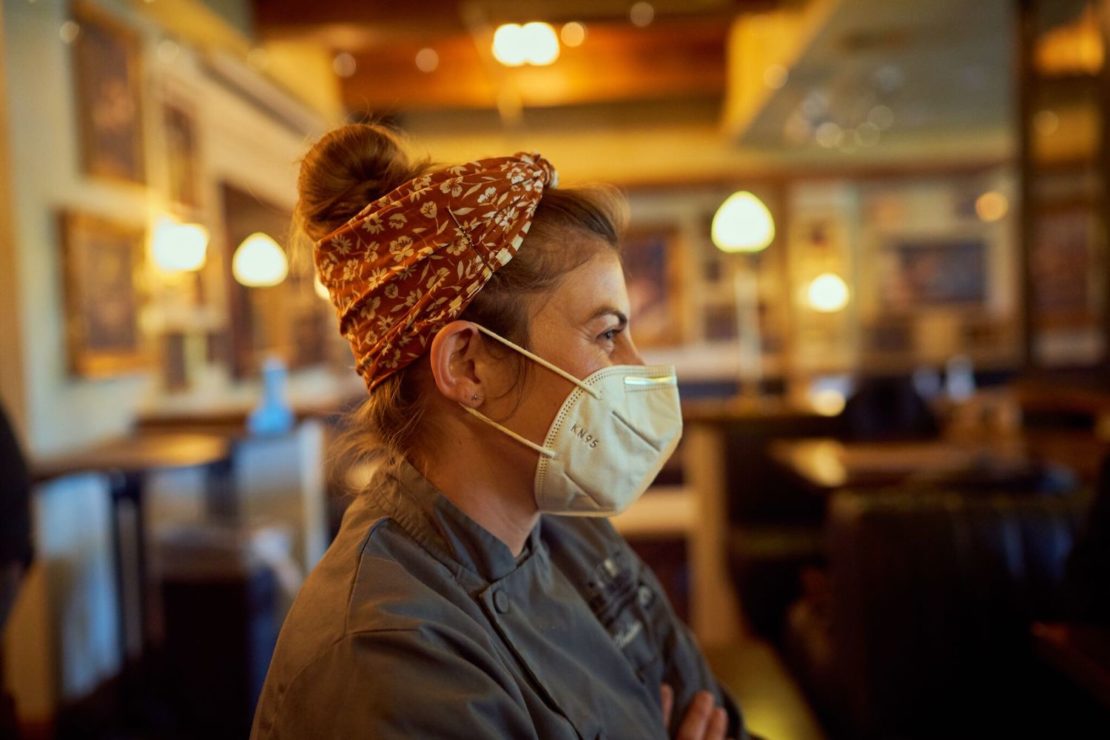 Chef Chelsea McNeil from The Ordinarie takes a break in between prepping meals for the World Central Kitchen. Photo by Michael “Tank” Gonzales.

Gonzales is no stranger to the space where conflict and nutrition collide. When Hurricane Maria struck Puerto Rico in 2017, devastating its entire infrastructural grid, he flew himself and two family members there to volunteer. It was in Puerto Rico that he was connected with Michelin-star Chef José Andrés’ World Central Kitchen, a nonprofit which, due to the impact of Maria, altered its model to focus on ensuring locals in disaster areas continued to work in kitchens, feeding people.

Gonzales joined World Central Kitchen once again in Tijuana to help feed migrants in the caravan of asylum seekers who had trekked from Central America to the U.S. border.

“But when COVID-19 hit, obviously, this throws the world into disarray,” Gonzales said. “What they usually do is set up a massive kitchen and feed thousands—but that obviously isn’t going to work in these times.” 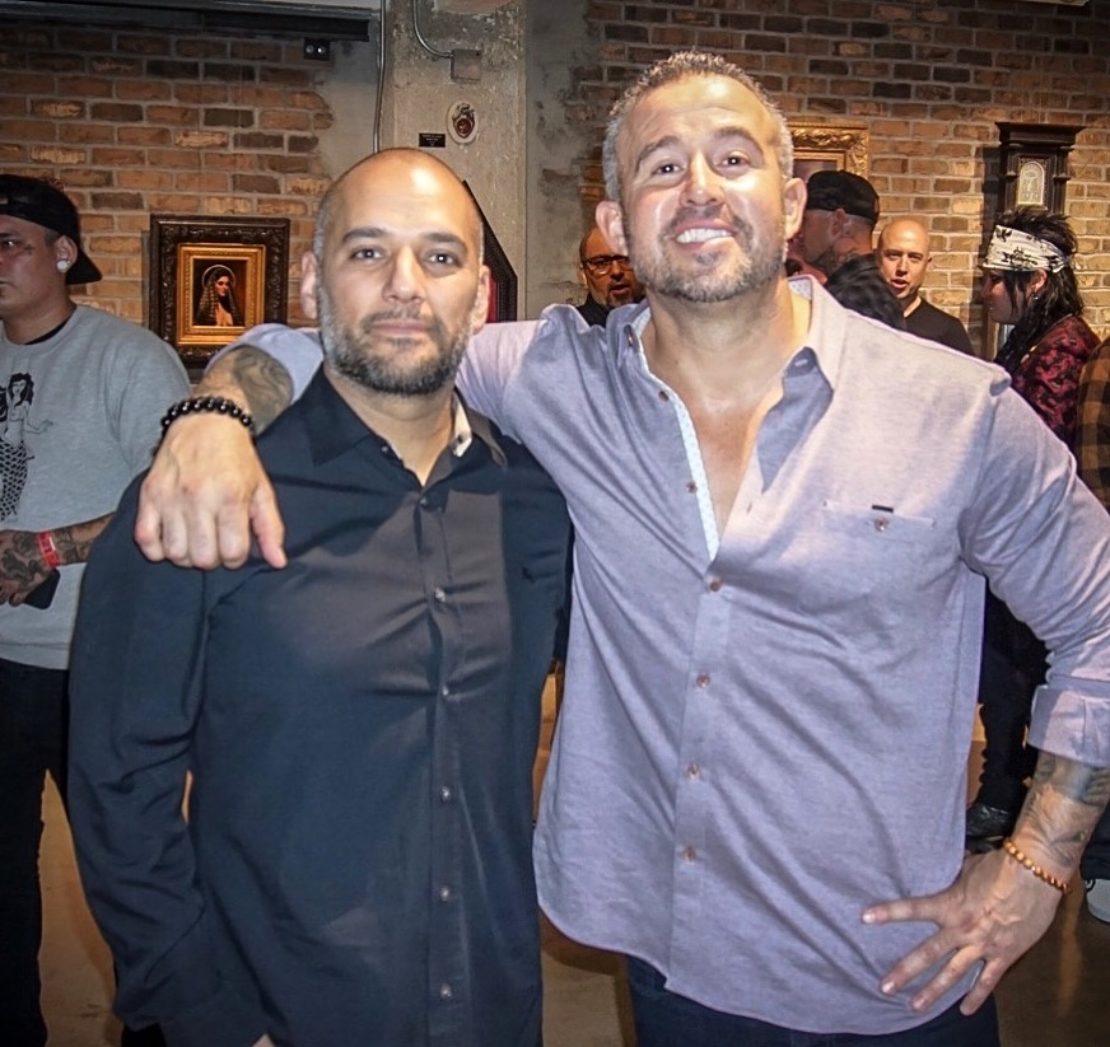 Andrés saw WCK’s role during the crisis as two-pronged: one, finding target demographics in major metro areas in need of food; two, hiring out-of-work restaurant laborers to fire up kitchens to create meals for these selected populations.

Gonzales, who had connected with WCK’s Josh Phelps in Puerto Rico, was surprised when Phelps asked him to take full control of implementing the pilot program in Long Beach.

“Long Beach is one of the few cities in the United States even participating in this program,” he said. “And that’s all based on a conversation Josh and I had a week ago, last Sunday. Ten days ago. And he told me he was looking for partners to help run the pilot. He told me I could take it and run with it. And here we are.” 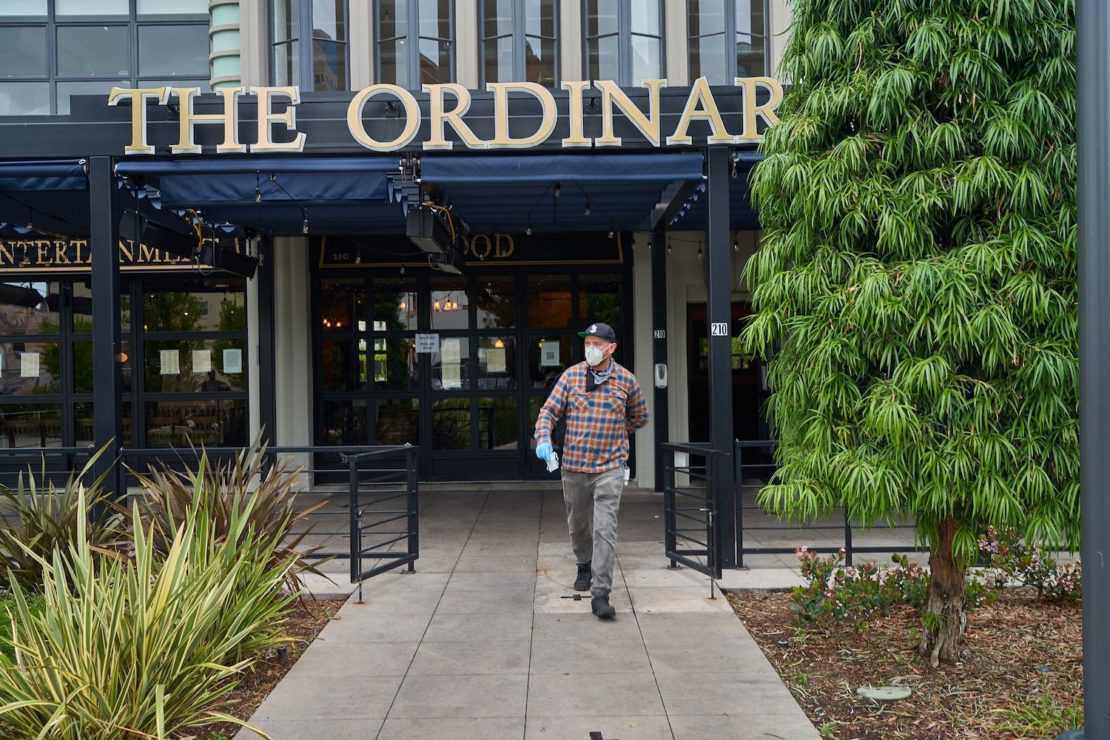 Where we’re at is 1,020 meals prepared to be exact, with every one delivered to local seniors every day since launching three days ago. Of course, this couldn’t happen without a kitchen—and luckily, sitting right below his tattoo and art studio, Gonzales didn’t have to venture far to enlist the help of a kitchen.

The Ordinarie’s main team, owner Christy Caldwell and Chef Chelsea McNeil, enthusiastically signed onto what they believed was a win-win situation: The ability to hire back their kitchen staff to work full hours while serving the community.

“We get a dollar amount per meal that allows to fully cover our staff costs,” Caldwell said. “They’re paying me enough to hire back my kitchen to make all this food. It’s truly a blessing—but we knew we needed more help.”

So Gonzales cold-called Brenda Rivera and Navarro, owners of Lola’s Mexican Cuisine, The Social List and Portuguese Bend Distillery, who were also given the opportunity to hire back their staffs. One employee, Lorena Baltierra, received the news that she would once again have a 40-hour work week on the same day her husband was laid off, leaving her in tears. 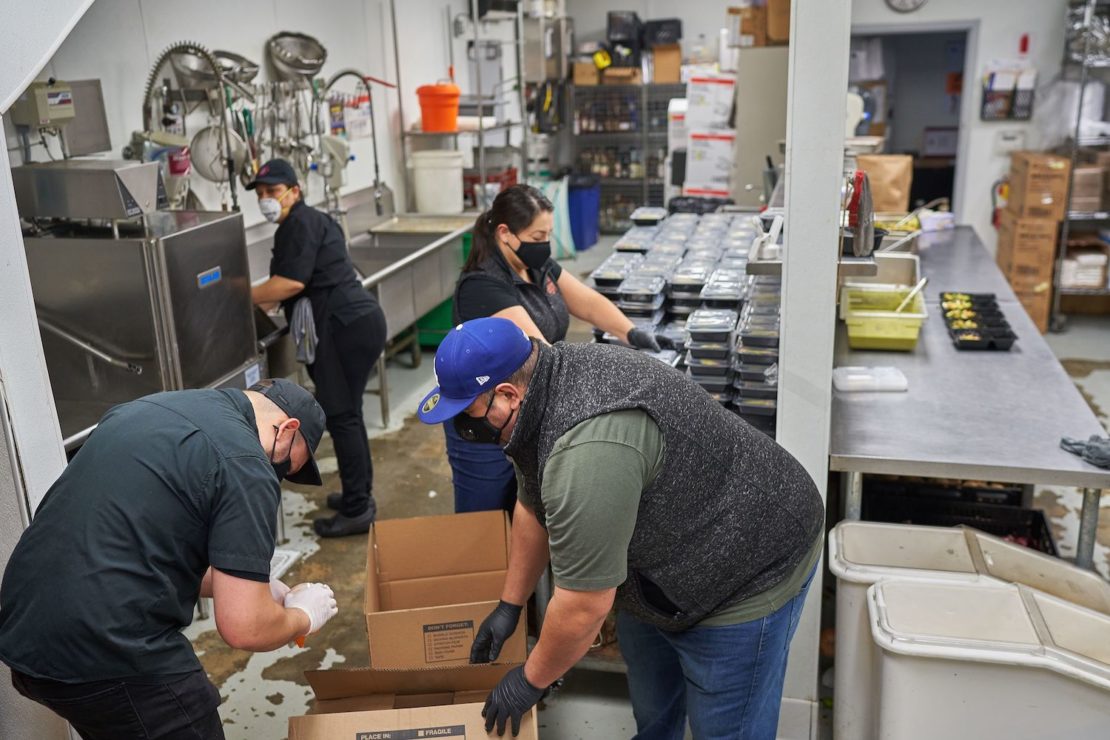 Within a week, Gonzales had coordinated two restaurant spaces, identified senior spaces to receive the meals, including all the aforementioned communities as well as San Pedro’s Little Sisters of the Poor and, come tomorrow, the Long Beach Senior Arts Colony. UPS partnered with him to deliver every single meal.

“There were so many strangers I called just saying, ‘You don’t know me but my name is Tank, I own a tattoo studio, and I want to help,’ ” Gonzales said. “To go from there to feeding thousands of seniors over the past three days. It makes me love my city more than I already did. And we’re going to keep doing as long as the world needs it—that’s the best part about being a part of the World Central Kitchen. They won’t stop until we don’t need it.”

For Gonzales, there is no endgame other than solidifying the World Central Kitchen’s pilot program and continuing to expand its presence—even amid the emotional roller coaster that he has had to experience.

“How good is it though to have good news?” Gonzales said. “This journey of all these juxtaposed feelings, all in the same sprint, it can be exhausting—but instead of just being defensive and waiting to get kicked again, it feels good to be attacking something proactively.”