Local artist and prolific muralist Dave Van Patten has released a selection of graphic T-shirts printed with his original illustrations to help raise money for the local, independent music scene—an industry he believes has been hit especially hard by the pandemic.

Van Patten hopes his efforts will alleviate some of the mounting financial burden local music venues face so that when music is finally allowed to return, there will still be physical spaces left to see it.

“The important thing is for people to realize how much the music scene really needs our help right now,” he said. “I don’t really see how the music industry is going to survive in the foreseeable future. Obviously, there are a lot of really crazy, important issues going on right now but since I’m an artist, I feel like it’s my top priority to preserve the art world, regardless of the field.”

Van Patten is offering two designs on his Etsy store selling at $30. He said he will initially make 50 digitally printed graphic tees of each design available, but if demand is high enough, he will continue to print the shirts to order. All of the proceeds will be donated to local music venues that haven’t been able to reopen since the pandemic or to The National Independent Venue Association’s (NIVA) “Save Our Stages” campaign that’s currently lobbying Congress to bring direct financial relief to independently owned music venues.

The two shirts Van Patten has released feature original illustrations the artist had designed for Rhino Records, but didn’t make the final cut. The illustrations feature all of the hallmark characteristics the artist is well-known for—clean, bold linework, sinewy figures, dark surrealist symbolism—but with music-related imagery.

“I’m just trying to think of the coolest, kind of psychedelic, sci-fi music-related stuff,” he said. 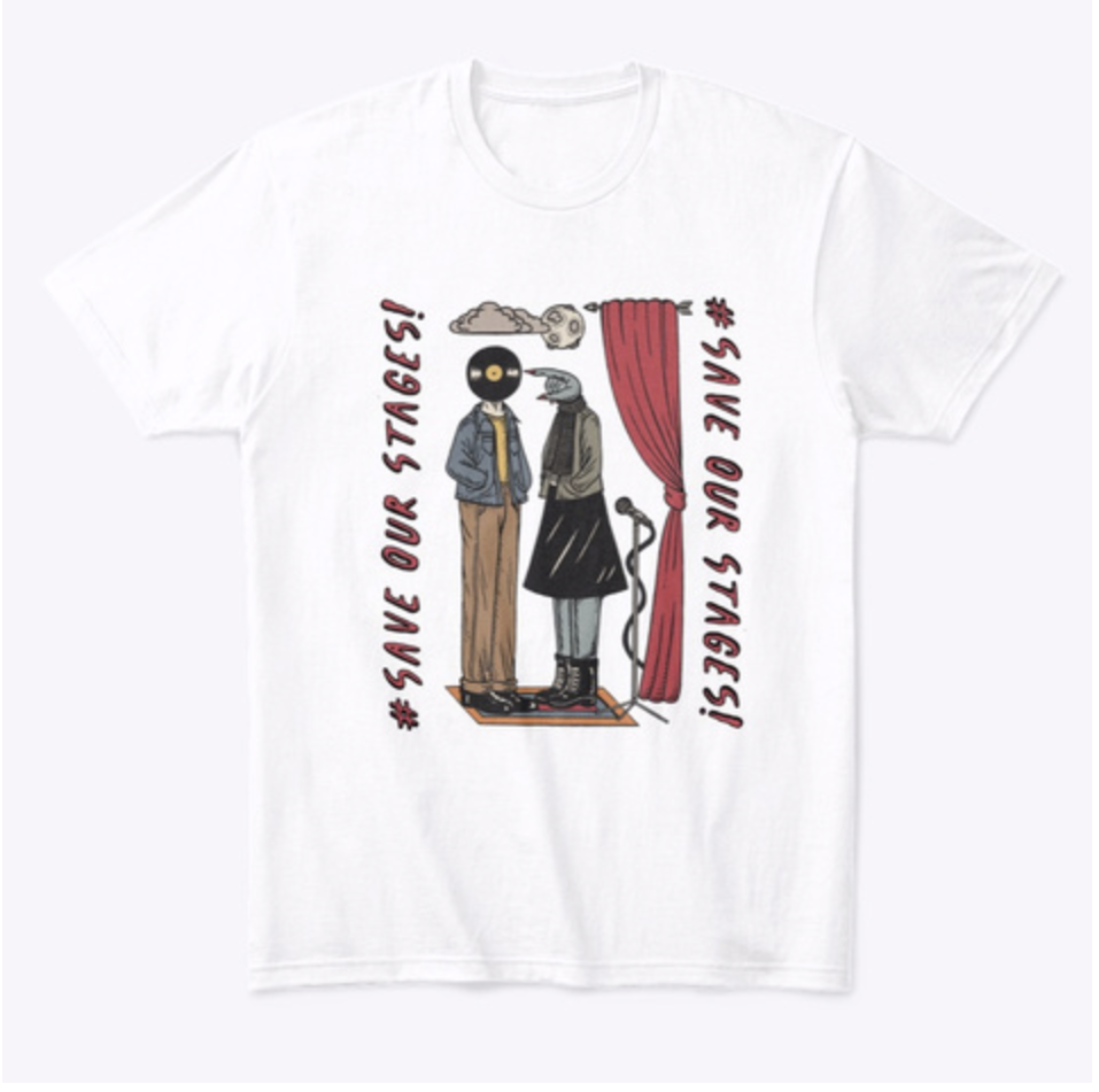 Van Patten said he plans on releasing three more shirt designs in the near future, including the booklet art he designed for the last Music Tastes Good Festival in 2018.

“It was a fold out of a bunch of characters kind of like a ‘Where’s Waldo’ image. I always thought it would look cool on a shirt,” he said.

While this isn’t the artist’s first foray into lending his talents to help others, Van Patten said the idea to create the tees was inspired by the work of another local artist and DJ, Kendall McDiarmid, known creatively as Master Droog. McDiarmid’s T-shirt, released last month, was crafted specifically to support the local music scene with the intention of to donating 50% of the proceeds to the Long Beach Bar Coalition to help out local music venues like Alex’s Bar, Que Sera and 4th Street Vine.

Shirts are live! If you have the means to snag one please do, link in bio. 50% of profits go directly towards @longbeachbarcoalition to help out our local venues @alexsbarlbc @4thstreetvine and @queseralb

As a music lover and supporter of the arts, Van Patten said he hopes to spread awareness about the plight of the music industry and urged the community to research NIVA’s “Save our Stages” initiative or, better yet, consider donating to local music venues directly.