A popular build-your-own salads and wraps restaurant, Simply Salad, is set to open at the Traffic Circle at 1775 Ximeno Ave. this year, taking over the now-vacant restaurant space between the Starbucks and Jimmy John’s.

Once open sometime in either late August or early September, according to ownership, the restaurant will be the only health-oriented food business in the area that’s currently dominated by fast food joints such as Carl’s Jr., Raising Cane’s and Chick-fil-A.

“We’re super excited for Long Beach. Our teams are very diverse, and our customers are diverse,” said co-owner Daniel Gonzalez. “We get a lot of people driving up from Long Beach to our store by LAX, which seems crazy to me that people would drive 25 minutes for a salad. But there’s demand.”

The new Long Beach location will be the first in the city and the eighth location in LA County. 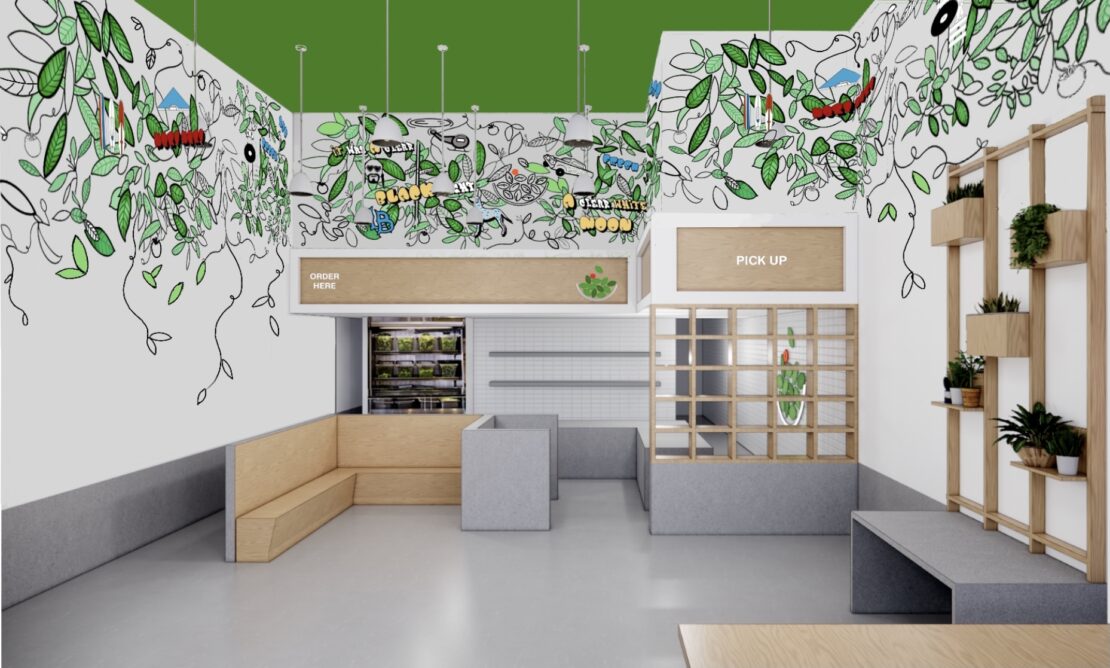 A rendering of the 1,600-square-foot Simply Salad location to open at the Traffic Circle. The Long Beach location will be the largest space for the business yet. Photo courtesy Simply Salad.

The salad company was founded in 2010 by Bruce Teichman and Cameron Lewis who were “working guys” that saw value in the health-conscious food niche, but admittedly knew very little about the food and hospitality industry, according to Gonzalez. The pair had originally wanted to open a Subway, but the chain was limiting its  locale options, so they went back to the drawing board.

That drawing board happened to be on an airplane napkin during a flight to Lake Tahoe.

“They were sketching this thing and said ‘Oh man, why don’t we become the Subway of salads and build your own?’,” Gonzalez said. “So they went from a napkin to a business plan to bringing it to a chef to then a real estate deal with a lease signed in the wake of the great financial crisis.”

They opened their first location in the South Park area of Los Angeles at Ninth Street and Hope Avenue in 2010 to much success, Gonzalez said, allowing the business to expand into Downtown Los Angeles, Santa Monica and Ladera Heights years later.

“It’s a great story in that these two guys in their mid 20s didn’t have much money to their name. They put every single dollar they had into the restaurant, they had like two weeks of operating cash, which isn’t much. Had it not gone well they would have been bankrupt,” Gonzalez said.

In the last two years the company has undergone a flurry of expansion, opening locations in Greytown and most recently Gardena. In addition to Long Beach, the company also has its sights set for Cerritos. This is in part thanks to new partnership and investment from Gonzalez, who was formerly the CFO for Popeyes. Now, Gonzalez said, their aim is to help consumers realize that salads can be a viable, hearty meal that can be enjoyed well and with good service, with a reputation akin to In-N-Out, he said.

“We want to build the In-N-Outs of salads,” he said. “What good is healthy food is you can only afford it once a month? It just needs to be more accessible to everybody and that’s what we’re trying to do.”

Simply Salads build-your-own base salads start at $8.95 (the wraps at $8.45) and include five toppings and one dressing with additions costing 50 cents each. There’s a near dizzying number of available toppings (36, not including premium toppings and proteins) and dressings (29 total) giving the consumer remarkable creative choice in how they want their greens. 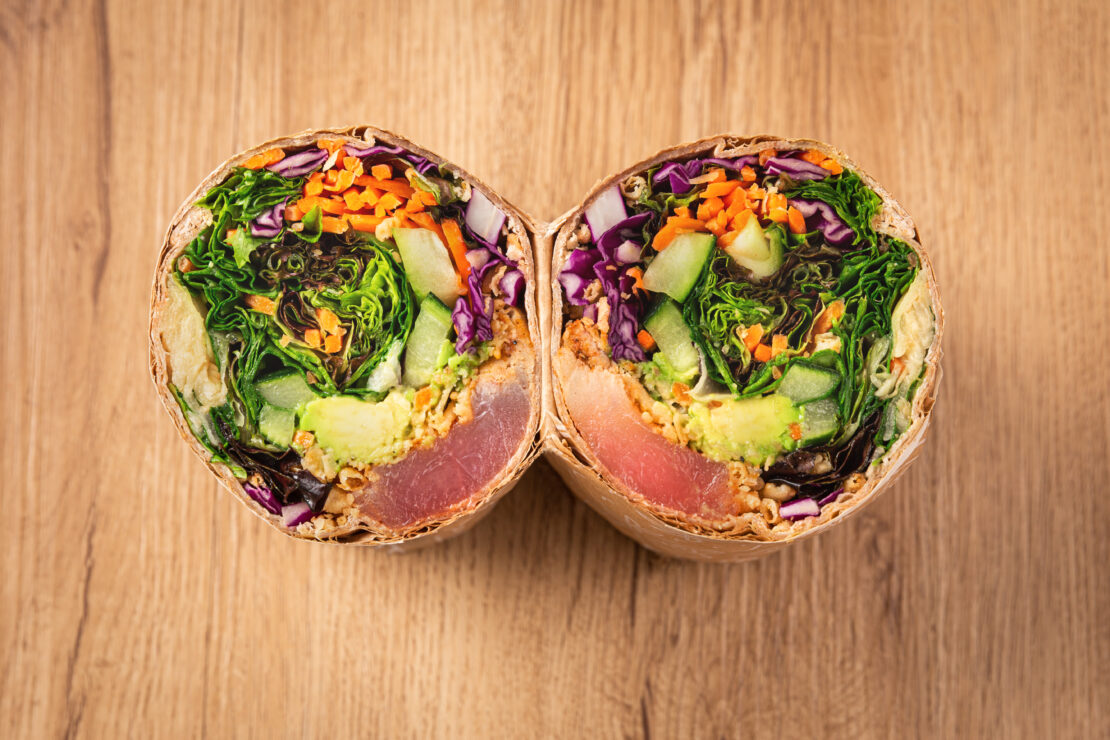 The company also has 12 signature, chef-crated recipes that can be made as either a salad or wrap. There are classic takes, such as the “Downtown Cobb” and the “Cardini’s Caesar,” as well as Asian-inspired and Southwest-driven fare like the “Thai It Up!” with peanuts and crispy wontons and “El Paso,” with tortilla strips and grilled corn.

All of Simply Salad’s ingredients and condiments are made and delivered from a commissary kitchen in Van Nuys, affording Simply Salad the means to avoid freezing their food. The company also promises high-quality meats, produce and ingredients free of preservatives.

Simply Salad will be at 1775 Ximeno Ave.