Wearing a face shield on top of a face mask, a rubber apron and gloves, Paper Crane Studio founder, owner and senior artist Mikey Vigilante demonstrates a mock tattoo session on his fiance and colleague Joy Shannon, who’s also wearing a mask. An air purifier hums near the ceiling as the artist, surrounded by various solvents, soaps and disinfectants, creates art in a sterile environment.

What may sound extraordinary is actually only a slight step up from ordinary, industry safety protocols. It’s a reason why local tattoo shop owners and artists are frustrated that they have not been allowed to reopen. They were allowed to reopen briefly near the end of June, but that lasted only about two weeks with a spike in COVID-19 cases spurring yet another statewide order to close indoor operations.

While Gov. Gavin Newsom on Monday, July 20, made the announcement allowing barbershops and nail salons to perform services outside, tattoo and piercing businesses were not allowed to provide services because they require a hygienic environment, and cannot be provided outdoors.

You can now get a haircut or nail appointment but it has to be outside, governor says

“A hygienic environment by definition is an environment conducive to stopping the spread of disease,” Vigilante said. “So, in [Newsom’s] own logic, he understands that we’re a clean environment and that we need to be clean to do what we do, yet we’re not considered clean enough to stay open.”

Sitting at home in mid-March during the first month of closures, his shop cell phone in hand, Vigilante continued taking calls for his business but said many calls were “somebody looking for tattoo supplies so they could tattoo at home.” The effect of that being, he said, “that there’s still tattooing going on, it’s just not done in a safe environment anymore.”

Owners and artists of local studios are becoming increasingly frustrated as they watch their livelihoods fade away, despite their scrupulous attention to maintaining a clean space for the safety of their clients and themselves, even before the pandemic. 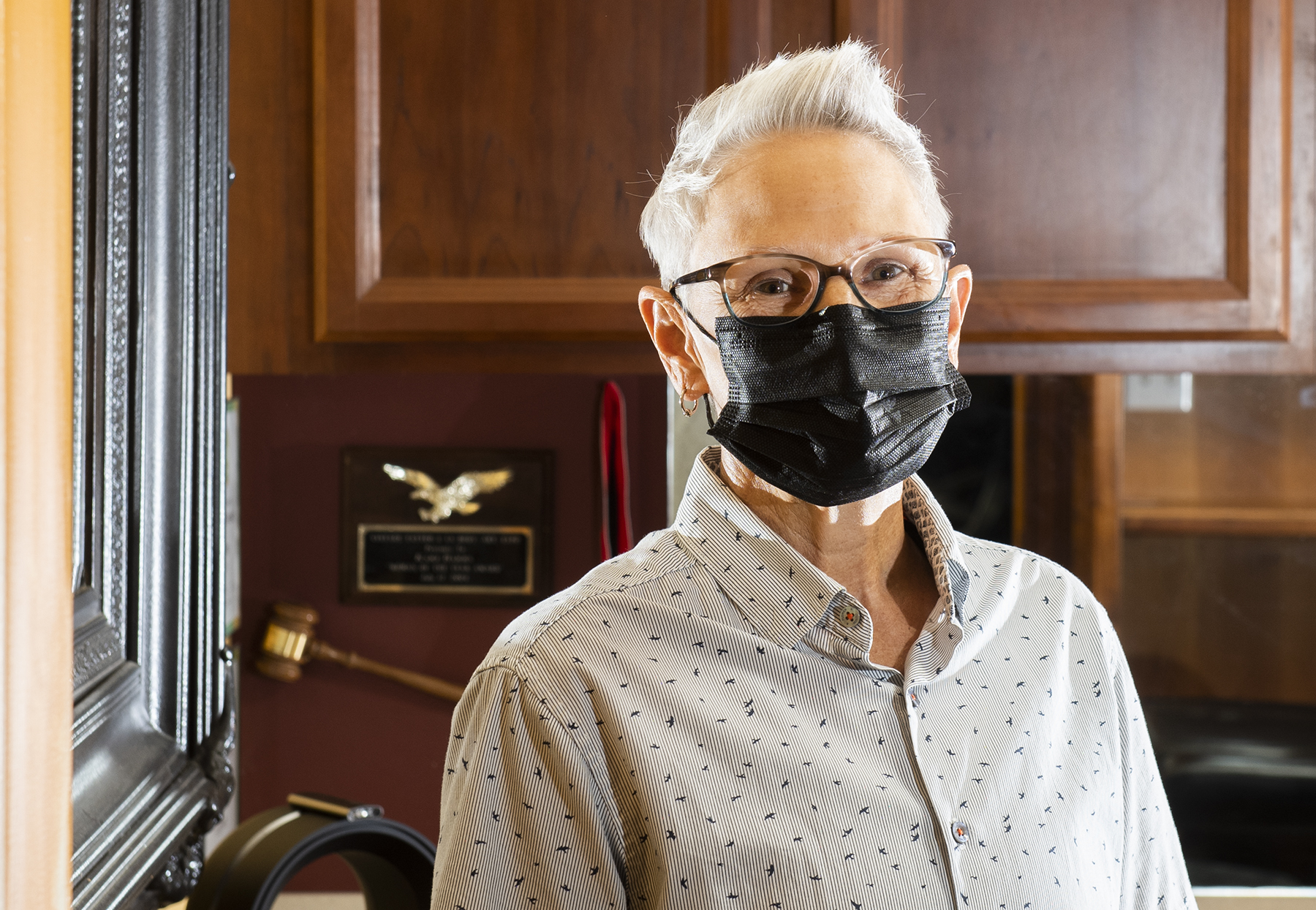 Kari Barba, who owns the nation’s oldest tattoo shop, Outer Limits Tattoo in Long Beach, has a tattoo and piercing studio in Costa Mesa under the same name.

“We have done everything we can think of to minimize the possibility of transfer with COVID, but we’ve always done that because in our past we deal with cross-contamination possibilities through the course of our business,” said Barba who has decades of experience in the industry. “We’ve been confronted with hepatitis, we’ve been confronted with AIDS, we deal with TB. We’re already on it.”

Even before the pandemic, she said, clients were asked to reschedule if they showed any signs of being under the weather, the process of getting a tattoo being a rigorous undertaking. Just about every part of a tattoo station set-up is either completely covered, sterile and/or disposable, from the machine to its needle, to the cord that runs to it. After each appointment, everything is torn down, disposed of, sanitized and built back up again for the next client, Barba said.

“Everything that everybody’s learning how to do now is already something we’ve been doing ourselves,” said Tank Gonzales, co-owner of The Raven and The Wolves Tattoo and Fine Art Gallery. “I think we’re arguably better suited for staying open than maybe anybody.”

Vigilante thinks the state isn’t looking closely enough at how the tattoo industry goes about its business.

“I think when the state’s looking for someone to blame, they need to look like they’re taking action that’s meaningful,” he said. “But the truth is if you look at our business model where on a busy day we would have no more than 10 people in here, including the artists, we’re wearing masks, we have complete control of the environment. Whereas, you go to a Walmart that has [thousands of]  people visit it on a given day… I’m no epidemiologist but I can imagine there’s probably a lot more chance of that place being a vector for transmitting disease than we are.”

So why do they believe the industry is being overlooked?

“I don’t know where the governor is getting his information, but I don’t think there’s a tattoo artist at the table advising or discussing, because we can make modifications to our business model,” Vigilante said. “We already have the two weeks that we were open to limit capacity, limit interaction with clients.”

Barba, who said the longest her shop has ever had to shut down was during a power outage that lasted four days, said, “as time goes on and you realize they’re not letting us go back yet, and the pandemic kept growing and growing, the stress level has built incredibly and I actually have had a couple of days where I was completely breaking down; I couldn’t stop crying.” 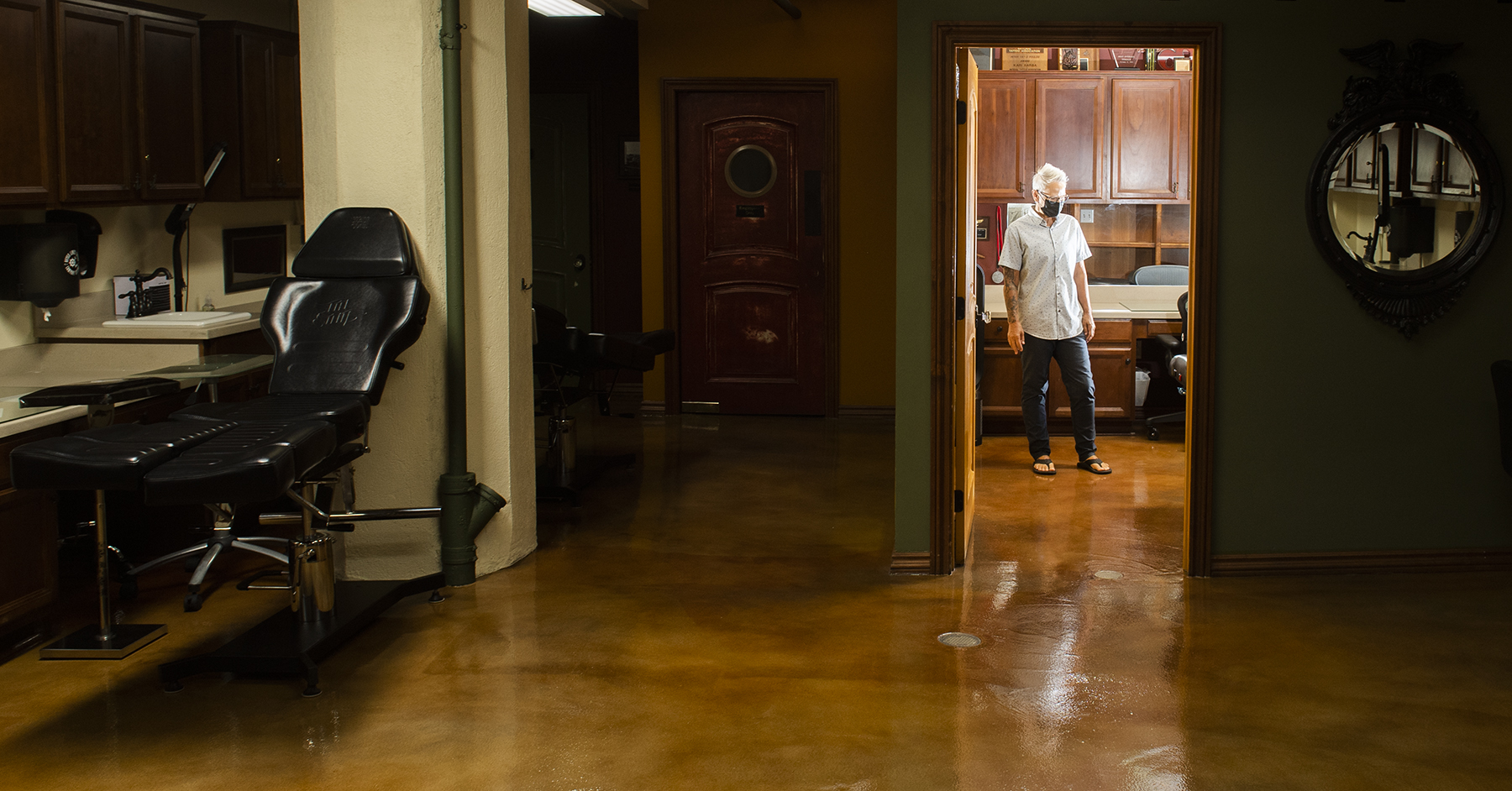 Barba said she has artists who have temporarily gone to other states to find work—”they just had no choice”—and while she owns Outer Limits’ historic Long Beach location and is determined to keep it, time is of the essence. There are only so many raffles, so many artists’ prints and paintings to sell and other creative ways to make up for lost income.

“If the governor wants to come down and take a tour of the shop I’d be happy to give him one,” Barba said. “I would love to show [people] even here in Long Beach how we handle things. I think they would be much more comfortable in allowing us to work if they saw how the process happened, what our precautions are and how we handle them. If they’ve been out to other businesses, restaurants, grocery stores, the local gym, they’re going to see that we’re much cleaner and have the training in order to handle this type of situation. I think that would make a big difference for the people in our industry who are dying right now financially.”