Divers recover, return Paralympian's prosthetic leg after it 'sank like a rock' • the Hi-lo HOLIDAY LIGHTS 2020: Help us light up the city. CLICK HERE
- ADVERTISEMENT -

Paralympian DeWalt Mix had driven down to Long Beach from Santa Monica to enjoy a day on his friend’s boat, Sunday, but during the outing, as he hoisted himself out of the water to climb aboard, he heard the captain yell, “Your leg! Your leg!”

His black, carbon fiber prosthetic leg had slipped off without him noticing. While a friend immediately dove into the water to retrieve it, “it just sank like a rock,” Mix said.

They immediately called Harbor Rescue and with just two hours of light to search for the prosthetic, two divers from the city’s Fire Lifeguard Public Safety Dive team, fully clad in drysuits, entered the water off an LBFD rescue boat, armed with a portable sonar device called the “Shark.” 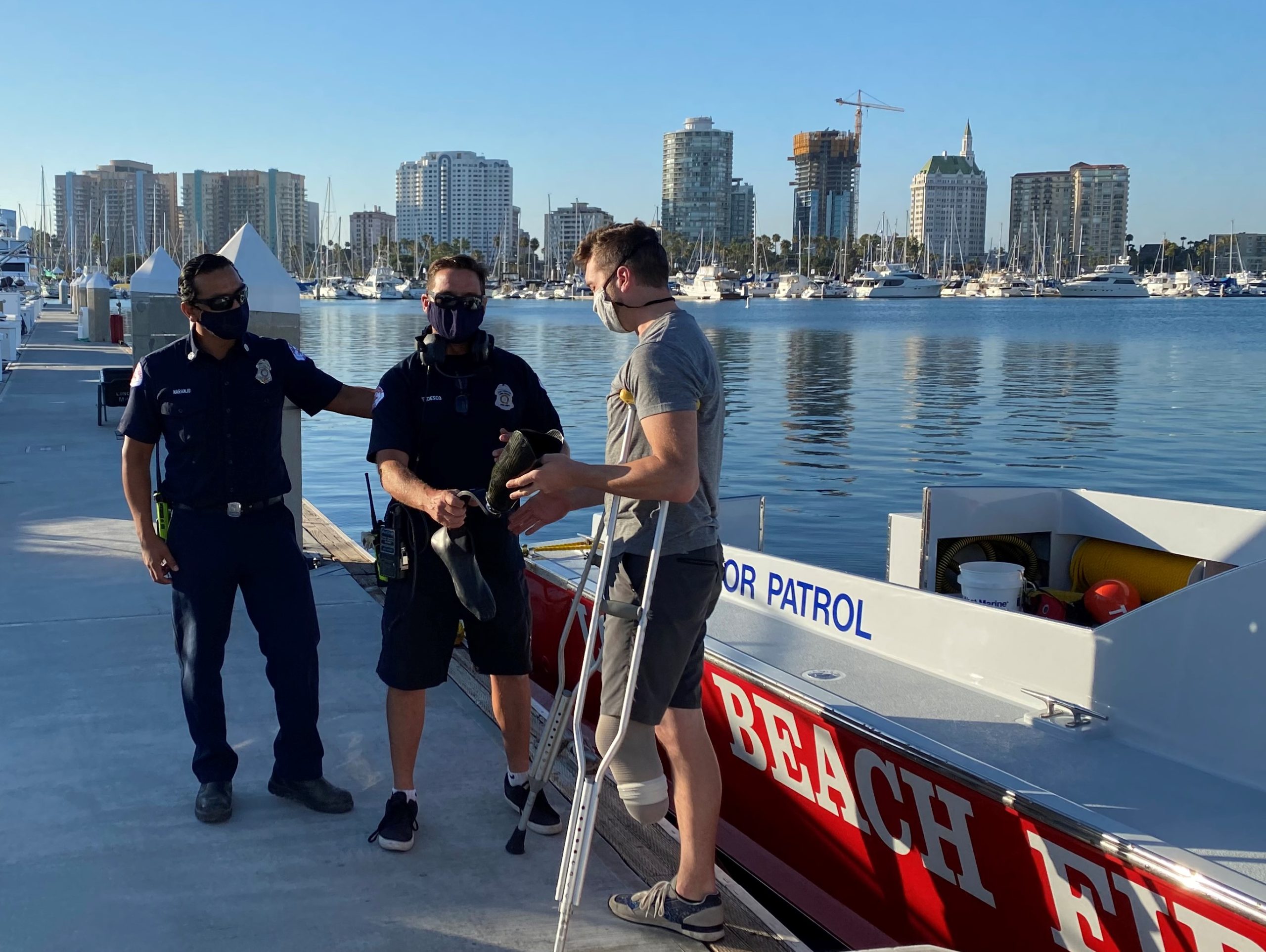 After descending to about 40 feet, they had to wait for a cloud of silt to settle around them just to see the screen. With zero visibility, most of Sunday’s operation involved the divers using their sense of touch and the sonar device, which turned up several targets, though none were Mix’s prosthetic.

LBFD Marine Safety Chief Gonzalo Medina said a search of this nature is like “finding a needle in a haystack.”

By Monday, Mix had already called his prosthetist to find out about getting a new one made. The one that had slipped into Long Beach’s murky waters was the highest functioning and athletic piece of equipment he’d ever sported, the mostly carbon fiber design had taken seven months to finish.

“This is the most athletic leg I’ve ever had, and this was in hopes to make the games in Tokyo, the Olympics in 2020,” Mix said. 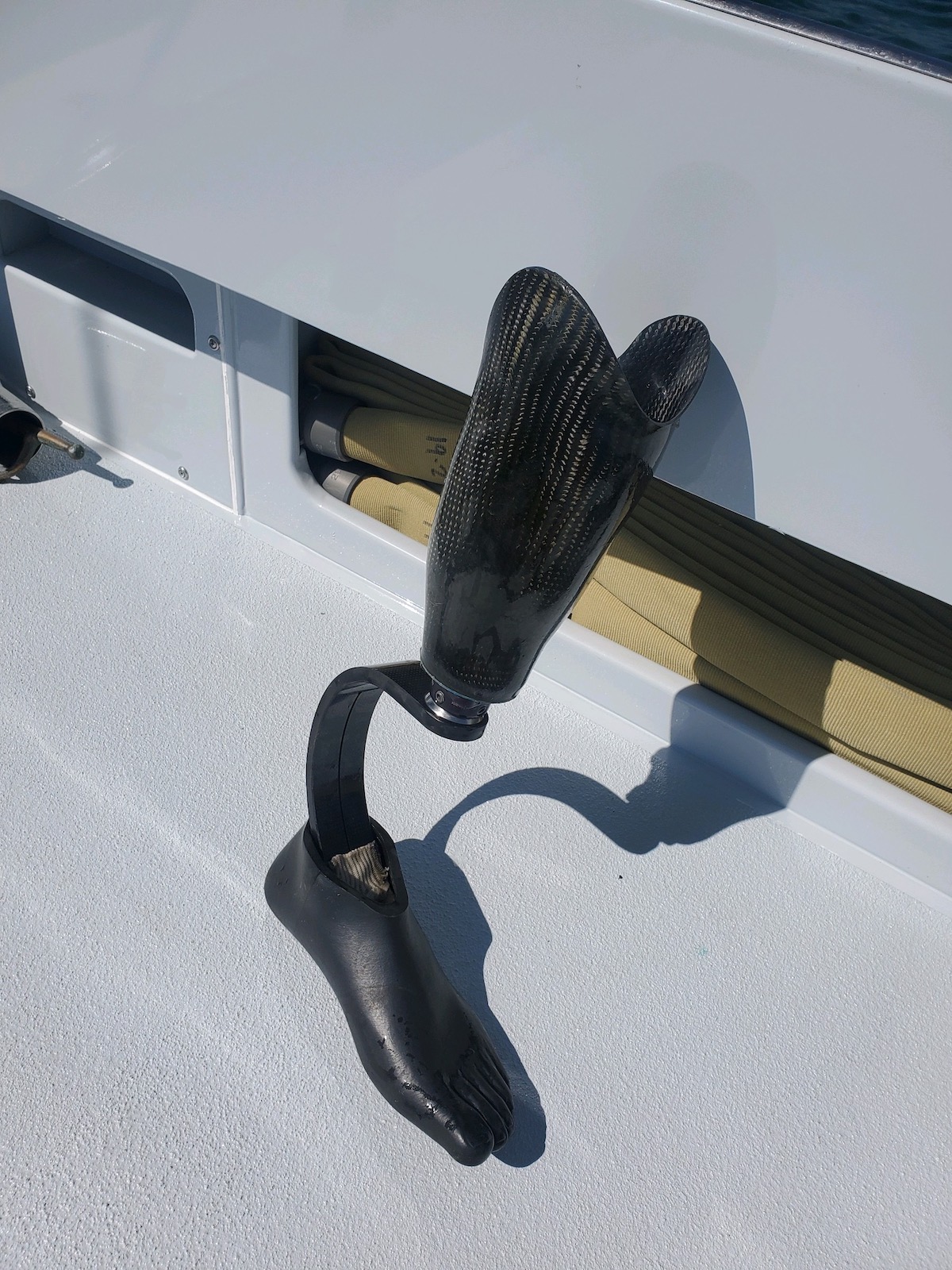 With upcoming track and field meets delayed, postponed or canceled due to the pandemic, and with previous mishaps keeping him from competing in the Paralympic Games of 2012 and 2016—he broke his wrist in four places while training for Rio—simply losing the prosthetic had him feeling like “it was something that wasn’t meant to be.”

But before Mix’s hopes of competing in the 2021 Summer Paralympics in Tokyo as a javelin thrower could be dampened even further, on Tuesday, something crazy happened.

“I was running errands, I was on crutches with my girlfriend and the phone rings and it’s a number I don’t recognize and I pick up, and it was the head of the rescue team, just yelling, ‘We found it, we pulled the leg out! We have it!’ It was pretty incredible.” 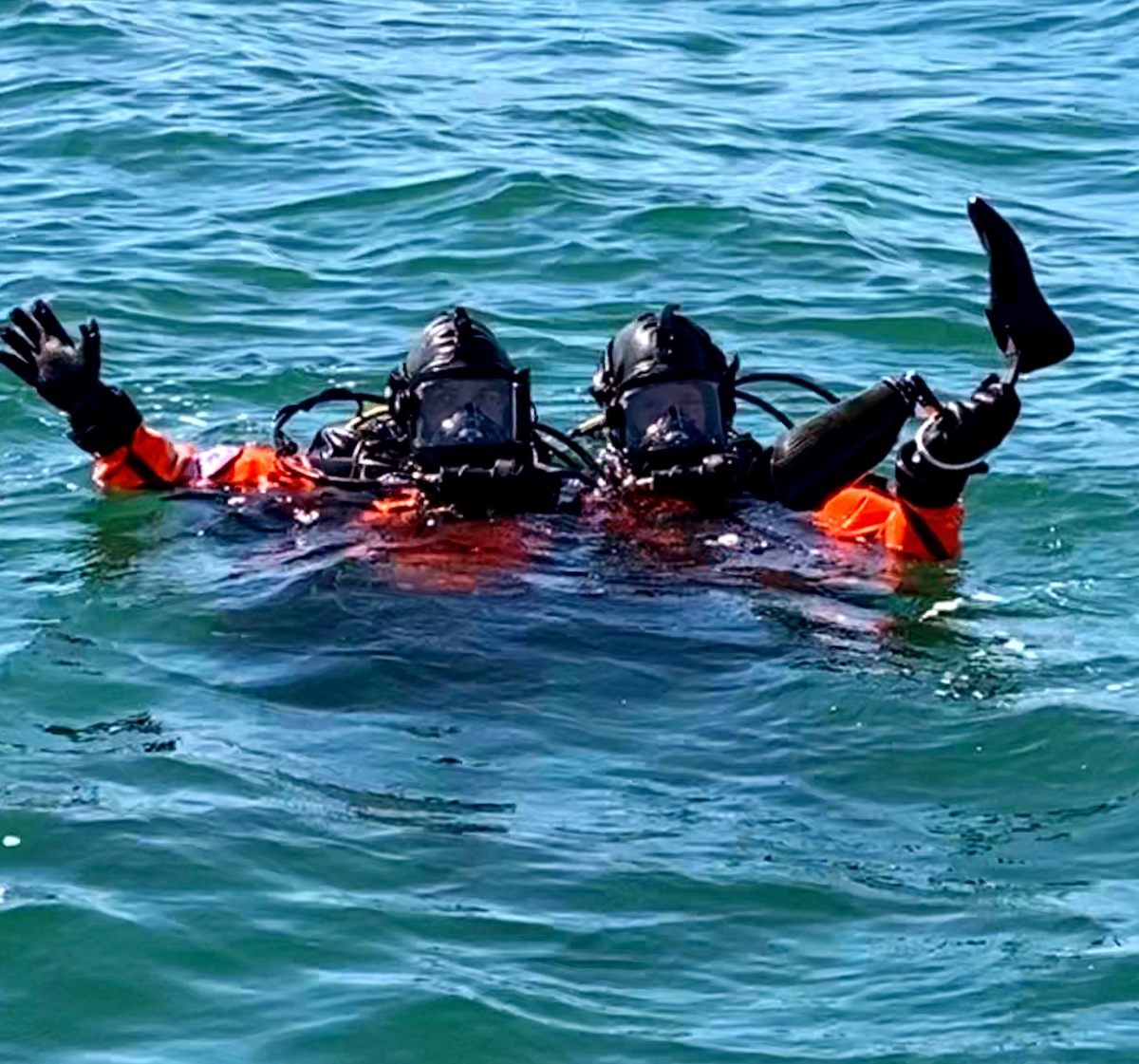 A wider search had been implemented Monday with both LBFD and LBPD divers combing the area to depths of 30 to 65 feet. Finally on Tuesday, after a few tweaks to their search, accounting for potential drift of the object and interviewing lifeguards on towers to triangulate where Mix’s friend’s boat had been, divers were able to locate it on the seafloor. 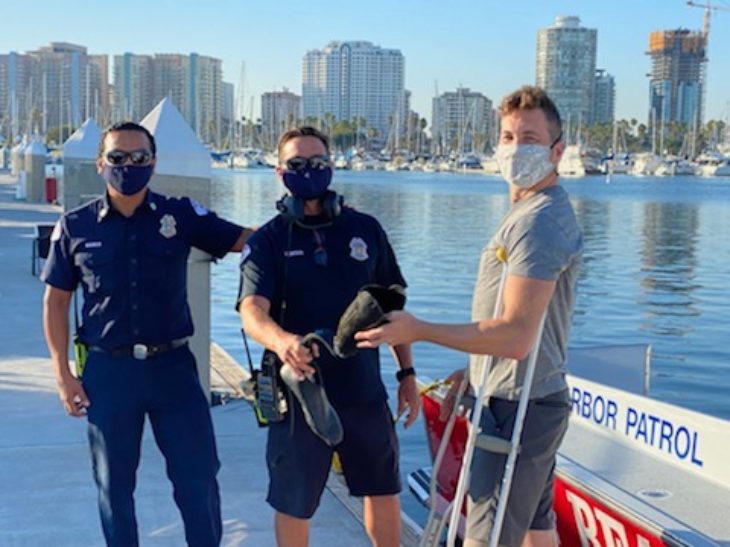 “Many of our dive team members were also very competitive collegiate swimmer athletes at one time, and know a little about what it means to represent the United States in the Olympics,” said Medina. “Needless to say, they were not going to stop until they found their target.”

Mix’s left leg was severely injured in a 2007 motorcycle accident that also resulted in a collapsed lung, broken shoulder and ribs. Despite multiple surgeries, the once athletic Mix was no longer capable of participating in any of his favorite sports, so in 2009, he had it amputated below the knee.

He told Men’s Health in 2012 that having his leg removed allowed him to “be an athlete again.” Before the accident, Mix threw javelin for Pomona-Pitzer colleges in Claremont, and following the amputation, decided to train for the London Paralympics.

“I just want to thank all of the people involved in the rescue,” Mix said. “They were incredible and the fact that they spent so much time and so much manpower the first day and then continued to do it with another crew the next day, and then a third day, it’s not something that I expected at all.”