Sights of colorfully decorated cars and the skating community set to roll through the streets of the Washington neighborhood will highlight a Día de los Muertos parade-styled caravan this Saturday morning, Oct. 31.

The caravan will kick off at 14th Street and Pacific Avenue next to Washington Middle School at 10 a.m. The caravan is expected to last until noon.

Between 8 a.m. and 9:30 a.m., those setting up and decorating their vehicles will be entertained by a local artist who will sing and play guitar for the participants, said Genetric Brown, spokesperson for Habitat for Humanity of Greater Los Angeles, which is co-sponsoring this event. So far, Brown said that 20 cars have signed up, and anyone interested in joining the caravan as a driver can email Diana Medel at [email protected]

Residents living in the neighborhood are invited to watch the caravan from the safety of their homes, but those who want to gaze from outdoors are advised to stay six-feet apart, wear a face covering and to no approach the vehicles passing through.

While the caravan is intended for the Washington neighborhood, it’s open to everyone. During the event, Brown said that organizers will also be handing out free goodie bags filled with little pumpkins, treats, markers and stickers for any children there.

Organizers will raffle off two gift cards, and to enter the raffle, participants must take a photo of the caravan and post it in the Washington Neighborhood Association Facebook group. It is limited to one entry person and one winner per household, and winners will be announced at a later time after the event, Brown said.

A second raffle will be held in-person by the skating community at 12:30 p.m. at the Michael K. Green Park, which will raffle off 25 pairs of size 1 skates donated for children who show interest in roller skating but might not have the means to afford a pair, said Victoria Hernandez, founder of Sk8 Dojo, who is helping organize. In addition to the skates, she said they’ll raffle off other items like a skate ramp, bags and gift certificates to skate shops.

Hernandez said her group of people on roller skates, skate boards, bikes and scooters will join the setup and decoration period.

Historians say Día de los Muertos (Day of the Dead) has been celebrated for thousands of years by the indigenous peoples of Mexico. After the Spanish colonized the country imposing Catholicism in the 16th century, the three-day celebration continued in rural areas before spreading to other cities across the country.

Not to be mistaken with Halloween, Día de los Muertos, observed from Oct. 31 through Nov. 2, honors the lives of the dead through altars, often filled with decorations, food offerings and photos of family and loved ones who’ve passed.

Here is a map of the route: 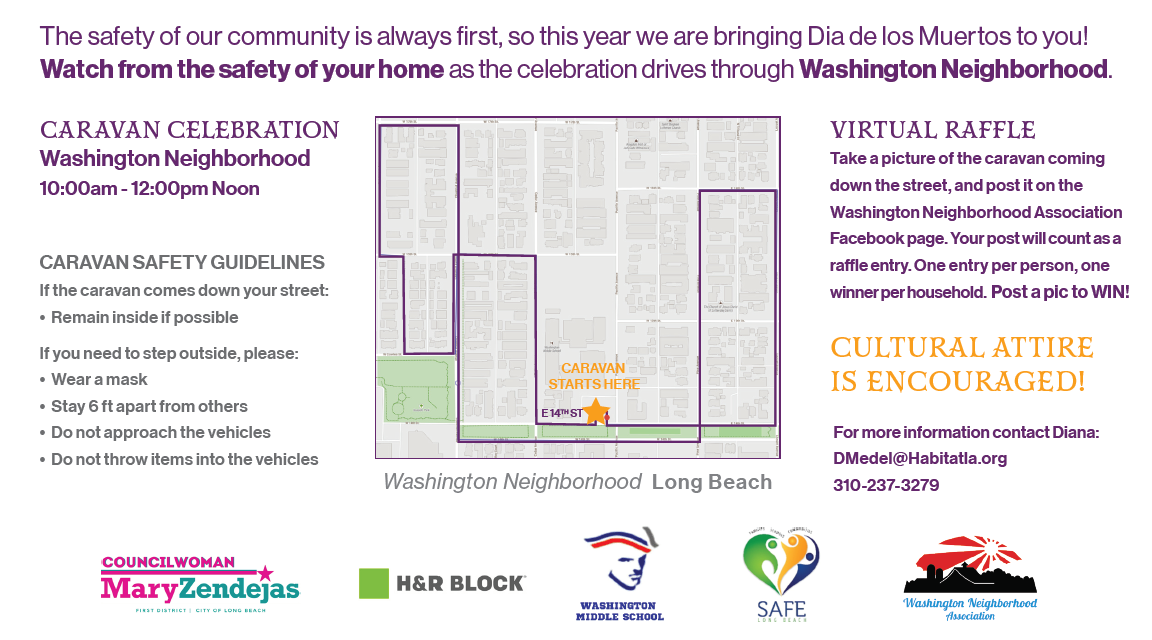