As a young graduate from Tuskegee University, Kevyn Lee had just moved back into his childhood home with his grandmother in New Orleans when Hurricane Katrina hit the following weekend.

The house, less than a block from a busted levee in the city’s Ninth Ward, filled with six feet of water. The water line stopped just  below his college diploma, which he had hung on the wall days earlier.

With his home and most of his belongings destroyed in the hurricane, Lee headed to Los Angeles, with the dream of one day opening his own business.

More than 15 years later, Lee is living his dream with a new business that celebrates a classic frozen treat from his home town of New Orleans. 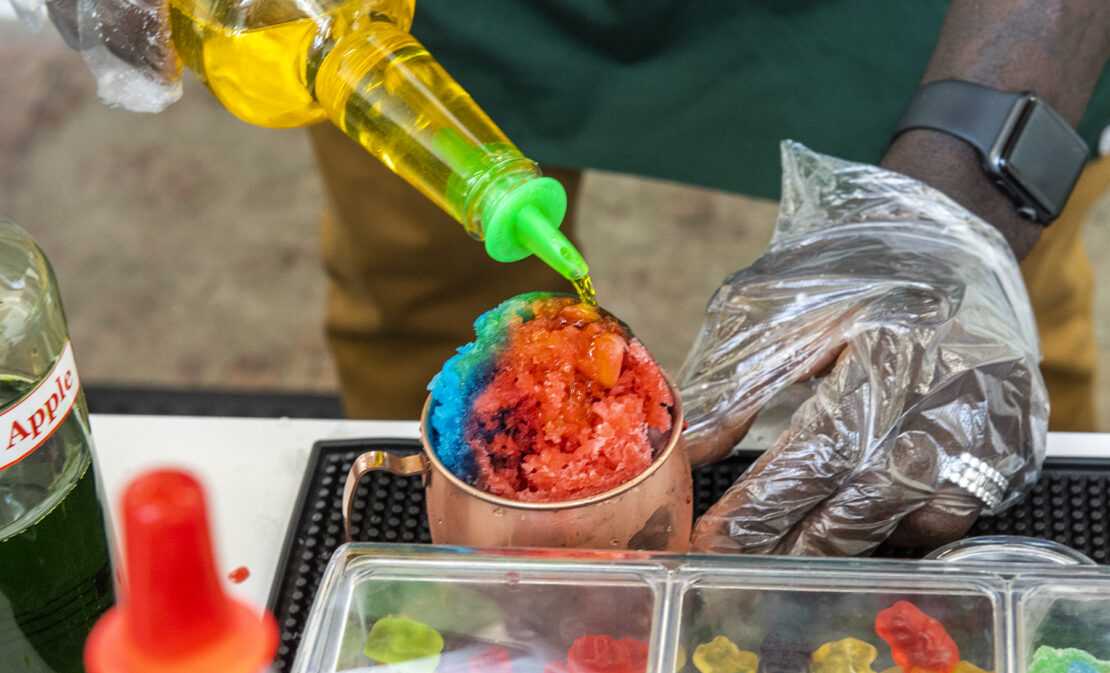 In a land of mostly ice cream and frozen yogurt spots, Long Beach now has Fluffy’s Sno-Balls, a New Orleans-style shaved ice shop on Long Beach Boulevard near the corner of Anaheim Street. The shop had a soft opening last month and will celebrate its grand opening on June 11.

New Orleans sno-balls date back to the 1930s when they were made with the first ice-shaving machines. Unlike a typical snow cone, the ice is fine and fluffy with a snow-like texture. It’s topped with sweet syrups and condensed milk.

They’re especially popular in the summertime when temperatures top 100 degrees and the air is thick with humidity.

Lee said he learned the importance of quality and authenticity while working at his grandmother’s sno-ball stand as a kid.

For his shop, he imported a special shaved ice machine called “Southern Snow” from Louisiana and shaves from a block of ice to get the finest powder. He then layers a fresh ice ball with rich syrup made from cane sugar. 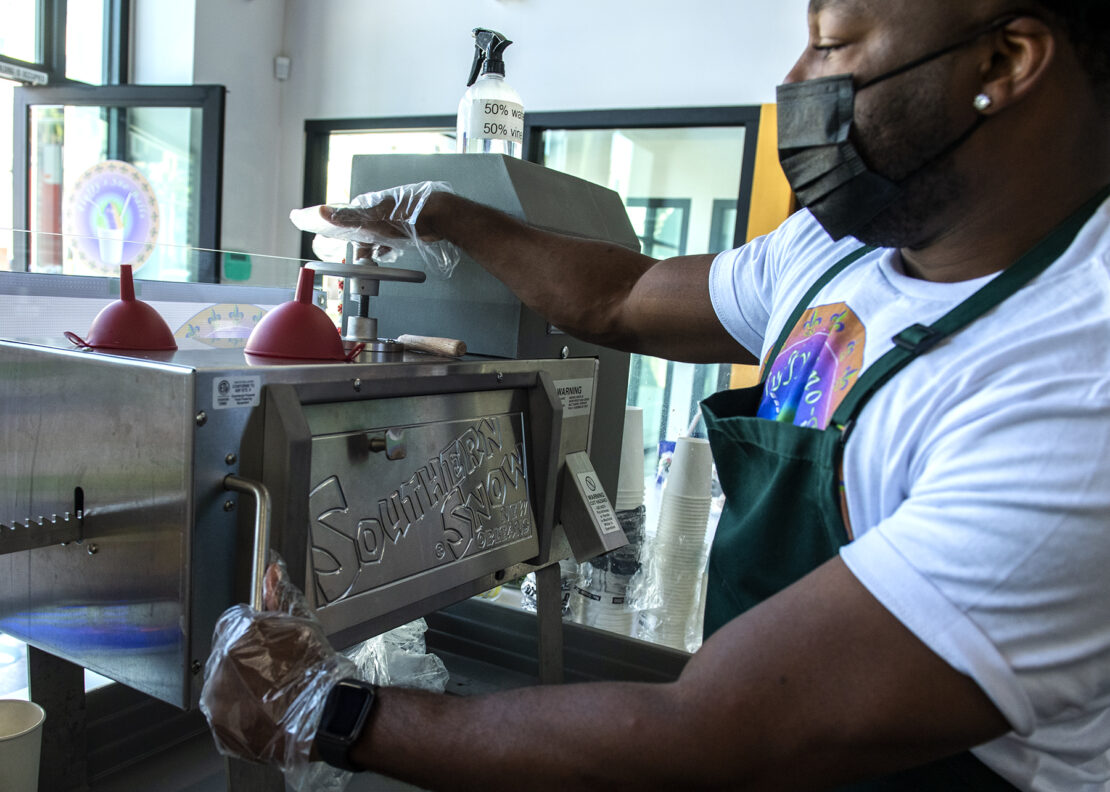 Fluffy’s features 41 flavors, ranging from the classic strawberry and watermelon, to pralines, sangria and candy apple. Those looking for a boost can fill their sno-ball with graham cracker-crusted cheesecake or French vanilla ice cream.

The shop has a Big Easy ambiance with jazz music, colorful Mardi Gras beads and a sweet, powdered sugar smell.

“I wanted it to appeal to all the senses, to be the touch, taste, sound of New Orleans,” Lee said.

Lee, a 41-year-old Palmdale resident, said he chose the Long Beach Boulevard location because of its diversity.

“I wanted to be closer to the beach and be in an area that was very eclectic, vibrant and diverse,” he said.

Born in New Orleans, Lee was the first in his family to graduate from college and always wanted to be an entrepreneur.

“Growing up in New Orleans is a very interesting experience, especially for a young Black boy living in poverty,” he said. “You wish, you dream and you strive to work hard.” 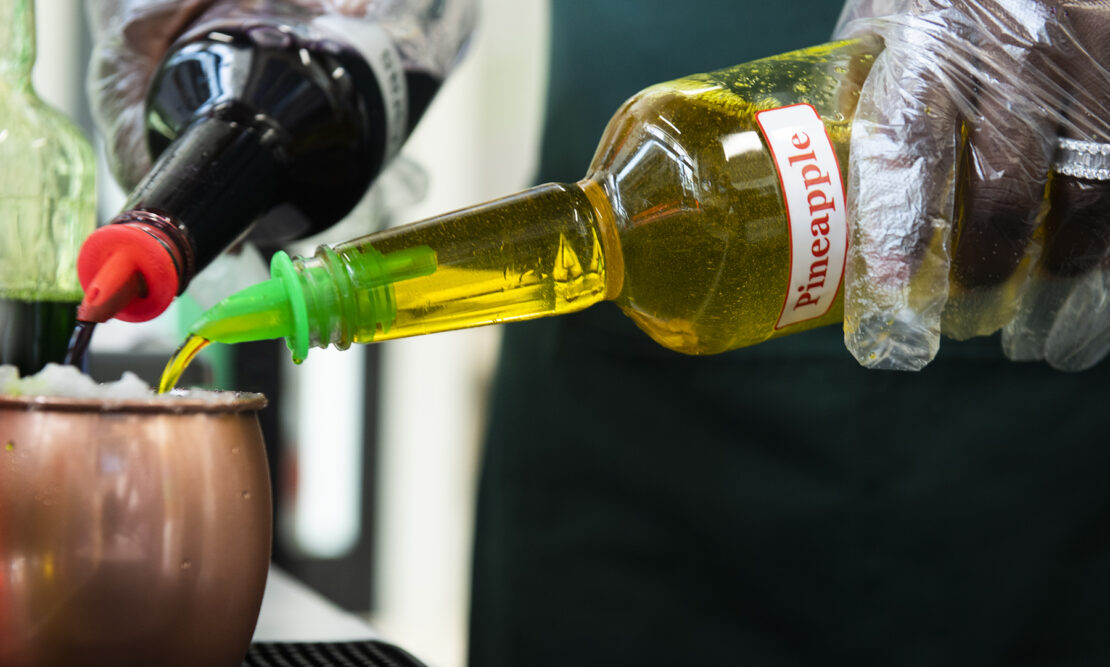 Lee started working for the Boy Scouts of America and then as a vice president for US Foods in Utah and for a cannabis company in Los Angeles. He wrote a book called, “The Young Black Man’s Definitive Guide to Getting the Job,” building on his success in the corporate world.

It was last year during the pandemic lockdown that he decided it was time to start his own business. Lee said he knew opening a business on the tail end of a pandemic would be tough, but he’s hopeful customers will come flocking when the weather warms up and more people venture out.

Lee said he’s invested most of his life’s savings in the business.

“It took a lot of courage not knowing what the state of the world was going to be, but I had to have faith in myself,” he said. 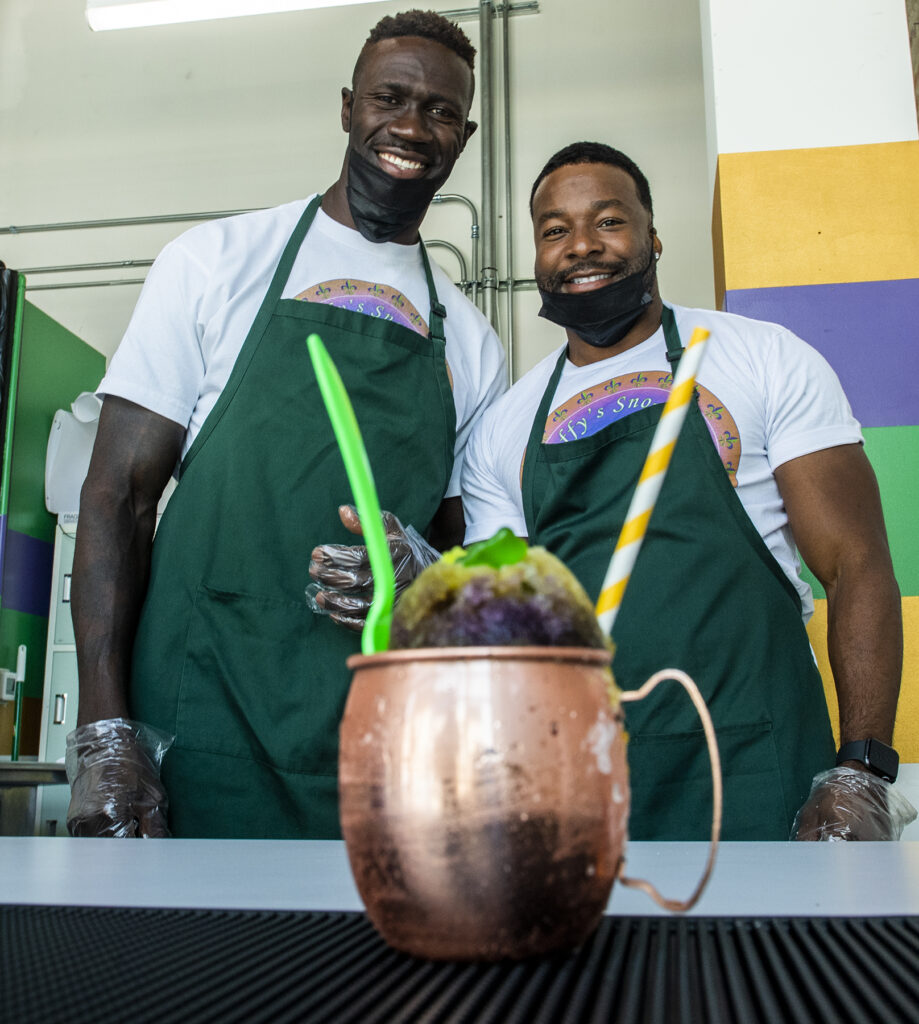 Lee plans to eventually hire kids from the neighborhood to help in the shop, but for now, his fiancé Darren Castillo helps out on weekends. Castillo, a native of Belize, is working on his doctorate in epidemiology with the goal of eventually helping to improve the healthcare system in his home country.

Lee said business has so far been good, with customers ranging from those who have never tried a sno-ball to die-hard Louisiana natives with high expectations. Lee said a family who owns one of the oldest sno-ball shops in New Orleans even came for a taste test.

“They gave me the seal of approval,” he said.