From a shoelace to a multimillion dollar company, Rastaclat founder gives back with new foundation • the Hi-lo
- ADVERTISEMENT -

Former skateboarder Daniel Kasidi founded Rastaclat in 2010, a company that, over the past decade, has grown to become a multimillion-dollar entity selling freedom of expression in the form of braided bracelets. In celebration of its 10th year anniversary, Rastaclat announced from its Long Beach headquarters the launch of its new Seek the Positive Foundation, a way to solidify its already robust efforts in giving to causes. 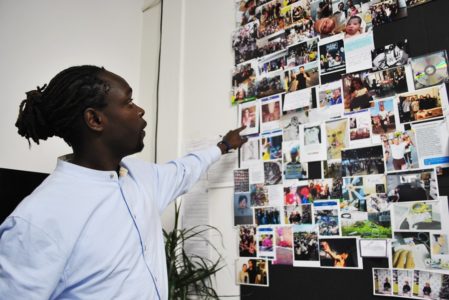 Rastaclat founder Daniel Kasidi pointing at a vision board at their warehouse in June, 2016. Photo by Asia Morris

Kasidi, who, as a teenager, made his original bracelet out of an extra shoelace as he was waiting for his friend to pick him up to go skate, said giving back through Rastaclat, and launching this foundation, is one way of reaching out a hand “to help the lost and hopeful 16-year-old version of myself,” in hopes of enabling members of this generation of young people to become leaders.

Locally, Kasidi said the company will continue to partner with women’s empowerment initiatives, including I Support the Girls, helping provide bras and hygiene products to those experiencing homelessness, and Su Casa Long Beach, a domestic abuse treatment center and shelter. Other organizations Rastaclat plans to work with through the foundation include USOC Paralympic Foundation, Boys & Girls Club and the Association for the Study of African American Life and History, to name a few.

“It’s important that I give back because as a teenager I didn’t have access to mentors that could teach me the things that I needed to become the best version of myself,” Kasidi said. “With the foundation, we will give donations and mentorship for young kids that are just looking for access. I see so many of them walking and skating around Long Beach that I know are in the same space as me.”

Prior to launching the foundation, Kasidi and co-owner Eileen Szymanski Chen had been involved with several initiatives, at times aligning specific bracelets to a specific cause, such as Breast Cancer Awareness and PRIDE, but the foundation will allow them to widen and strengthen their efforts.

“We wanted to form our foundation so we can truly own our charitable activities and form long term partnerships with nonprofits that share the same vision that we do within Equality and Personal Development,” Kasidi said. “There couldn’t be a better time to fortify that commitment than this year during these challenging times.”

Since the pandemic, the company has gone 100% remote but remains headquartered in Downtown Long Beach.

The beginnings of the shoelace bracelet laid the foundation for Rastaclat, and happened when Kasidi was a teen. Waiting for a friend to pick him up to go skate, he grabbed an extra shoelace and began braiding it, not thinking much of the simple design that would encircle his wrist would eventually encircle his life. At his high school the next day, his friends saw him wearing the new accessory and said they wanted one to match their hats or shoes.

It seemed to Kasidi, that those who’d worn the bracelet usually returned with a positive story to tell—the simple shoelace accessory had given them a new way to express themselves, and a little boost of confidence—so he took that vibe and ran with it. When he founded Rastaclat in 2010, “Spreading Positive Vibrations” was the brand’s initial tagline. Now, a decade later, it’s even more about spreading positivity with the Seek the Positive foundation.

Over the last decade, Rastaclat has donated more than $1 million in-kind donations to causes, while in 2021, the goal is to donate $250,000 to the foundation to be used for charitable grants, donations and scholarships. Alongside releasing a new collection of Seek the Positive bracelets, 1% of net proceeds from all Rastaclat merchandise from this point forward will be donated to the foundation (visit seekthepositive.org for more info). 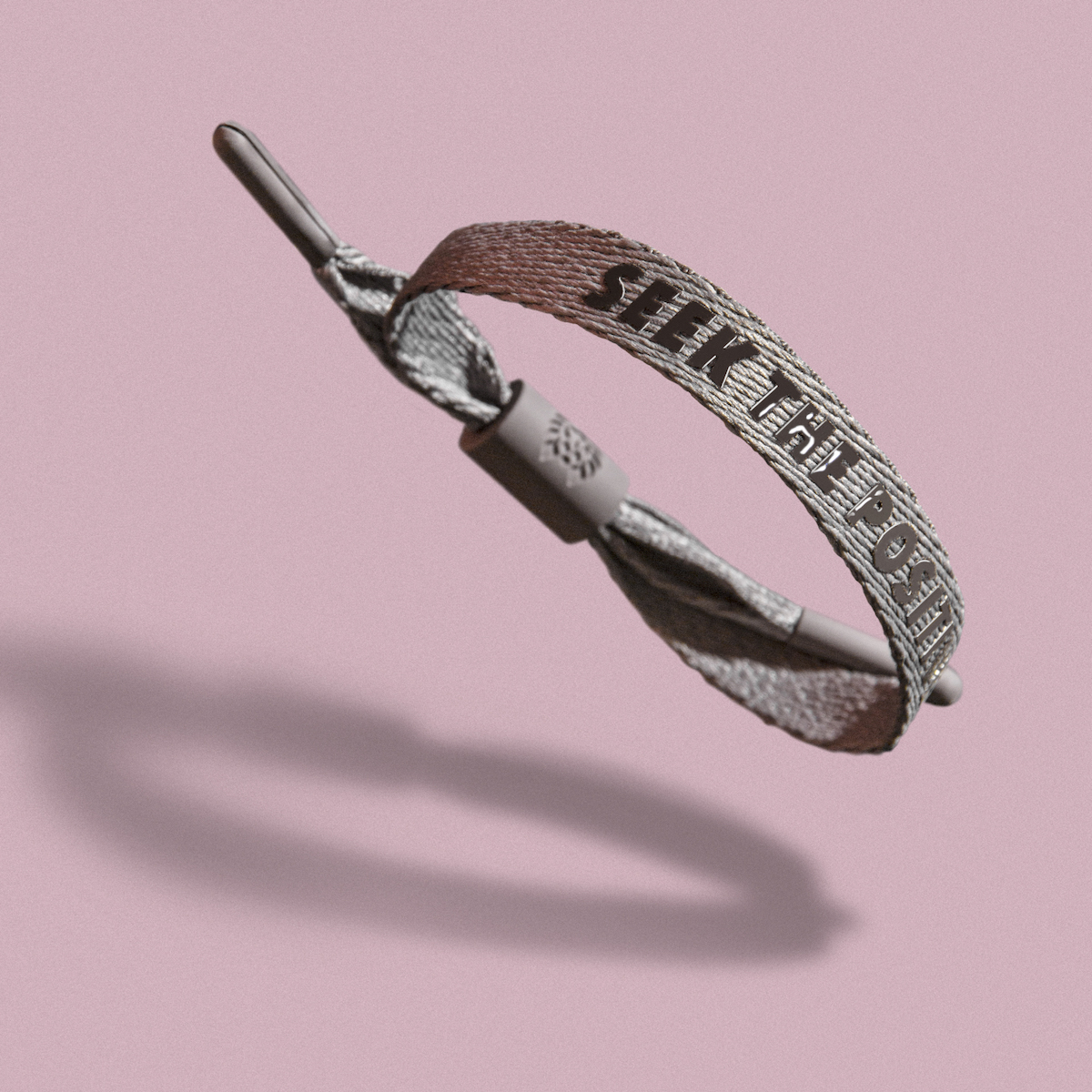 “We’ve gotten to the point where building an amazing business isn’t enough,” Kasidi said. “We truly believe that people won’t remember us for the businesses we built but by the way we made them feel and the impact we had in their lives. Although we have a lot of partners in our endeavor, we are laser-focused on tackling equality and personal development issues with these partners.”

Kasidi, who hasn’t always had the means to give back, remembered having to stay at a homeless shelter briefly with his mom and two siblings at age 11, an experience he attributes to why he feels compelled to use Rastaclat for good.

“When we talk about tackling equality no matter socioeconomic status, that’s what I mean,” Kasidi said. “Being able to help people that are looking to help themselves but may not be cut from the same cloth from others, or may just be going through a tough time. We stayed at the homeless shelter, got back on our feet, grinded through life. Now I’ve had the opportunity to build a multi-million dollar business and now build a foundation that pays it forward.”