Long Beach can be described the following two ways when it comes to its collective dietary habits: It is a drinking town populated with inhabitants not shy about having a two-beer lunch. It is a breakfast town, with almost every neighborhood having some sort of space heavily, if not entirely, dedicated to all things breakfast.

The Breakfast Bar, deemed by Yelp! to be one the nation’s best brunch spots, The Coffee Cup Cafe on 4th, Wide Eyes Open Palms on Retro Row, the O.G. Potholder in Belmont Heights, Blackbird in Cal Heights, Crooked Duck in East Long Beach and The Pan in Bixby Knolls. (Egg Heaven is, sadly, closed as of right now with no immediate plan to reopen.)

All of which makes it rather odd that one of the city’s most recognizable commercial and food corridors, Second Street in Belmont Shore, has had no real representation for a consistent breakfast spot in some time.

Business partners and bartending veterans Melissa Almeraz and Rebecca Hinderer are hoping to change that. 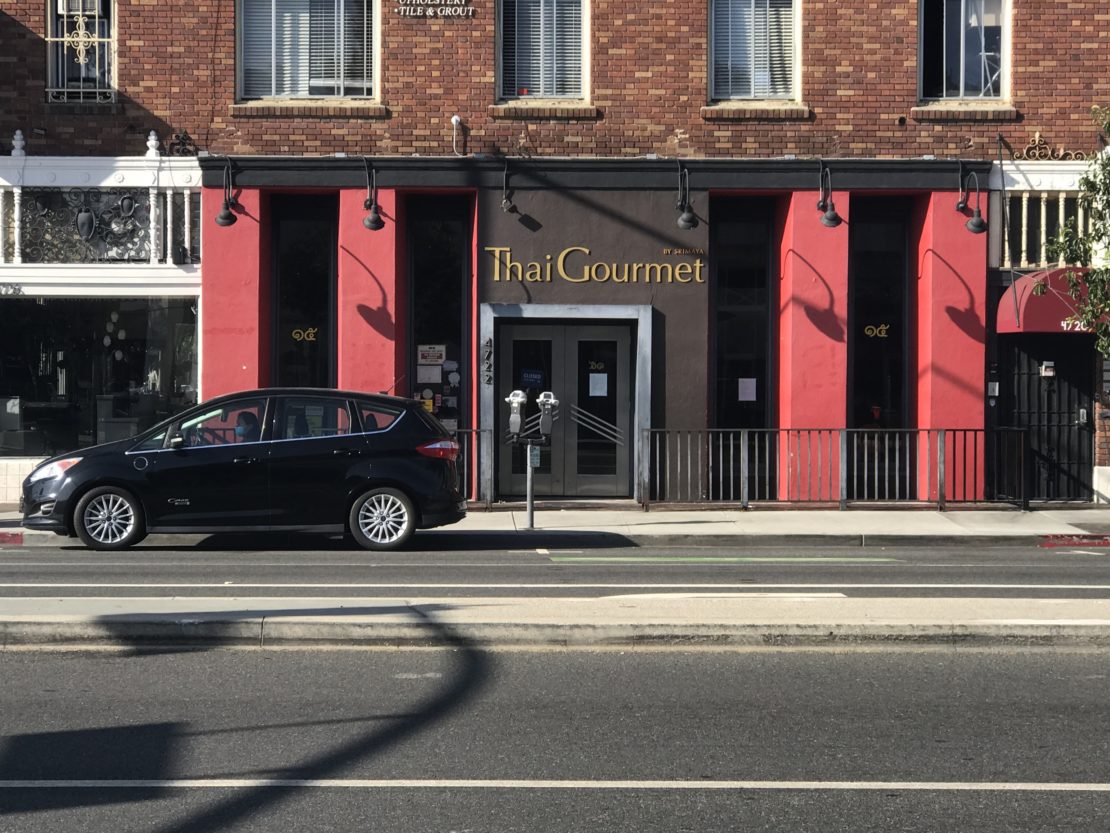 “It’ll be called What’s Crackin’,” Hinderer announces happily, Wednesday, Sept. 23, doing a small twirl inside the empty space that weeks before was home to the now-closed Thai Gourmet. “Mel came up with that. And the most important thing? We’re hopeful that this is a place where people can come and say we bring a different vibe to Second Street. There’s not a lot of queer-owned businesses in the Shore, to be honest.”

Hinderer refers to not only the loss of Ripples, the legendary queer bar where she and Almeraz had worked but the closure of The Spot Cafe, a gay-owned casual eatery and the closure of queer-friendly Rubber Tree after two-plus decades. In other words, the Shore has lost a bit of its rainbow flair, business-wise, and it’s all the more reason as to why this endeavor means so much for the pair.

On Wednesday, Almeraz and Hinderer stand, masks on, in the now cavernous space on the southwest side Second Street. Two dining rooms—a large, front-facing one joined by a more private space in the back, a decently-sized bar area, and a two-hood kitchen that they hope will be soon hammering out hundreds of breakfast plates to serve to hungry customers.

“The craziest part of all this is that we just learned about this 48 hours ago,” Almeraz said. “And we had 24 hours to decide to take the leap on it—so we did. We’ve been sitting on and investing in this idea since January and it’s just crazy to think about how that has changed in the span of two days.”

The move is a smart one. Long time dining staples such as Papalucci’s and La Strada have close for various reasons—in La Strada’s case,  owner Lisa Ramelow simply wanted to retire—while other closures has led to some unease regarding the city’s most recognizable commercial district.

“[From] 2007 to about 2016-ish, the Shore was awesome and everything was thriving,” Hinderer said. “In January, when we were looking in this area, per square foot on average was $6. And then the 2nd & PCH project happened and I was like, ‘Well, at least for our concept, we won’t be anywhere near the Shore because all the big corporations are gonna come in, buy the real estate, and lease to other corporate spaces.'”

In that sense, the pair recognize their luck in scoring a space on Second Street during their first formal, independent business adventure. And the triple power of being female, queer as well as local fuels their desire to better connect with not just the Shore but the entire Long Beach community.

“We would have been happy for a space anywhere—we were searching everywhere,” said Almeraz. “But to be here is special. It’s not like fellow queers aren’t here, oh, they’re here. We’ve already had people walk up and say, ‘I am so happy to see this in our neighborhood. The Shore is finally changing’ and it just makes me scream, ‘Yeah!’ So I can’t wait to bring the character to this street.’

What’s Crackin’ is 4722 E. Second St.  located at and the owners hope to have an opening in mid-October.