'Anyone seen a giant tortoise on Bixby? I think my blockhead just escaped' • the Hi-lo
- ADVERTISEMENT -

Andy, an 18-year-old sulcata desert tortoise, broke loose from the backyard of a Los Cerritos home this weekend and made his way about a half mile south to the front yard of an unsuspecting neighbor—stopping traffic along the way.

At 2-feet wide and clocking in at 100 pounds, Andy made a (slow) run for it Saturday, and after making the rounds on social media, was located Sunday.

“He’s like a dinosaur,” said Lindsay Smith, his owner, adding that this isn’t the first time Andy has escaped.

Smith suspects Andy got loose when she was unloading her truck at her home on Bixby Road and Locust Avenue, as someone left her back gate open.

She posted on the social media site NextDoor: “Anyone seen a giant tortoise on Bixby? I think my blockhead just escaped.”

Los Cerritos resident Sam Lim, who lives on Weston Place, found Andy in her front yard. Andy had climbed up her brick steps and started eating her grass and her plants, she said. She noticed a couple of young women watching over Andy, who said they followed him from Pacific Avenue to make sure he wouldn’t get hit by a vehicle. 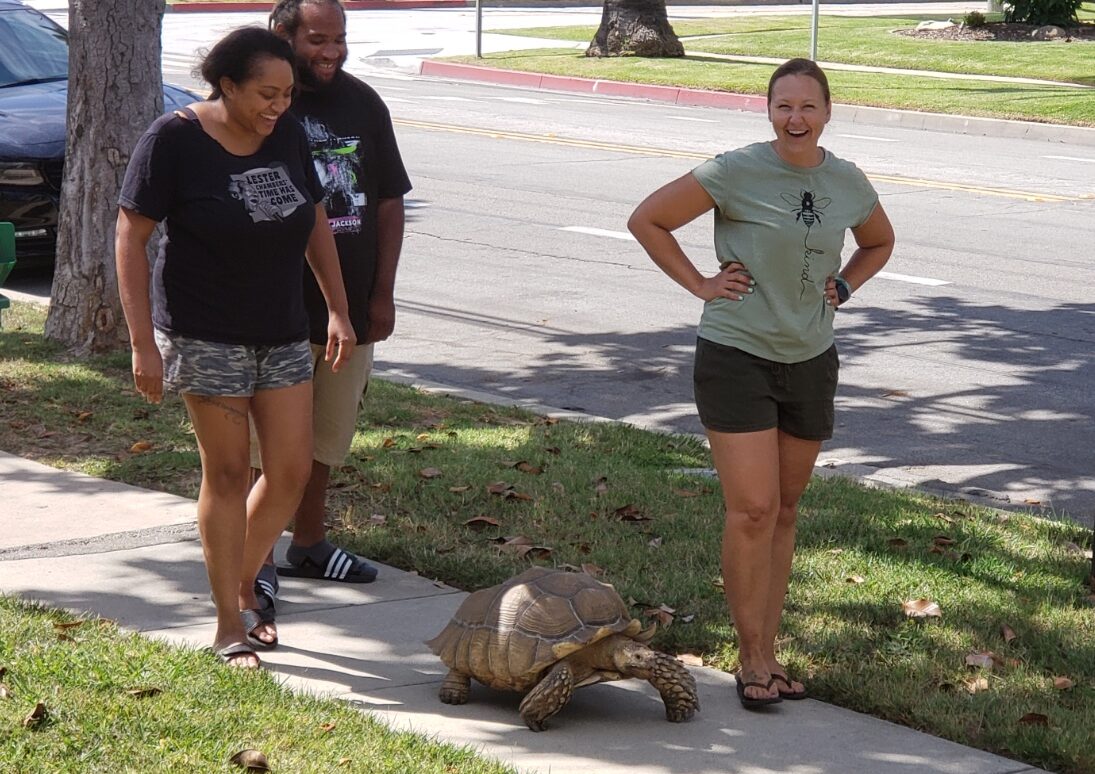 “We were really surprised,” Lim said. “We didn’t really know that people keep tortoises in the area.”

The young women told Lim that Andy was temporarily caught in the charging cable of Lim’s electric vehicle before he entered the front yard.

“It’s a lot faster than I thought it would be,” she said about the tortoise.

Luring him with cilantro, the women then helped Lim relocate Andy to her backyard until she could find his owner.

“I was kind of worried because we didn’t know what to do with a tortoise,” she said. “I had to look up what to feed it.”

Lim posted photos of Andy on social media, and Smith eventually took notice. After arrangements were made, she picked him up from Lim’s home in a wheelbarrow on Sunday. 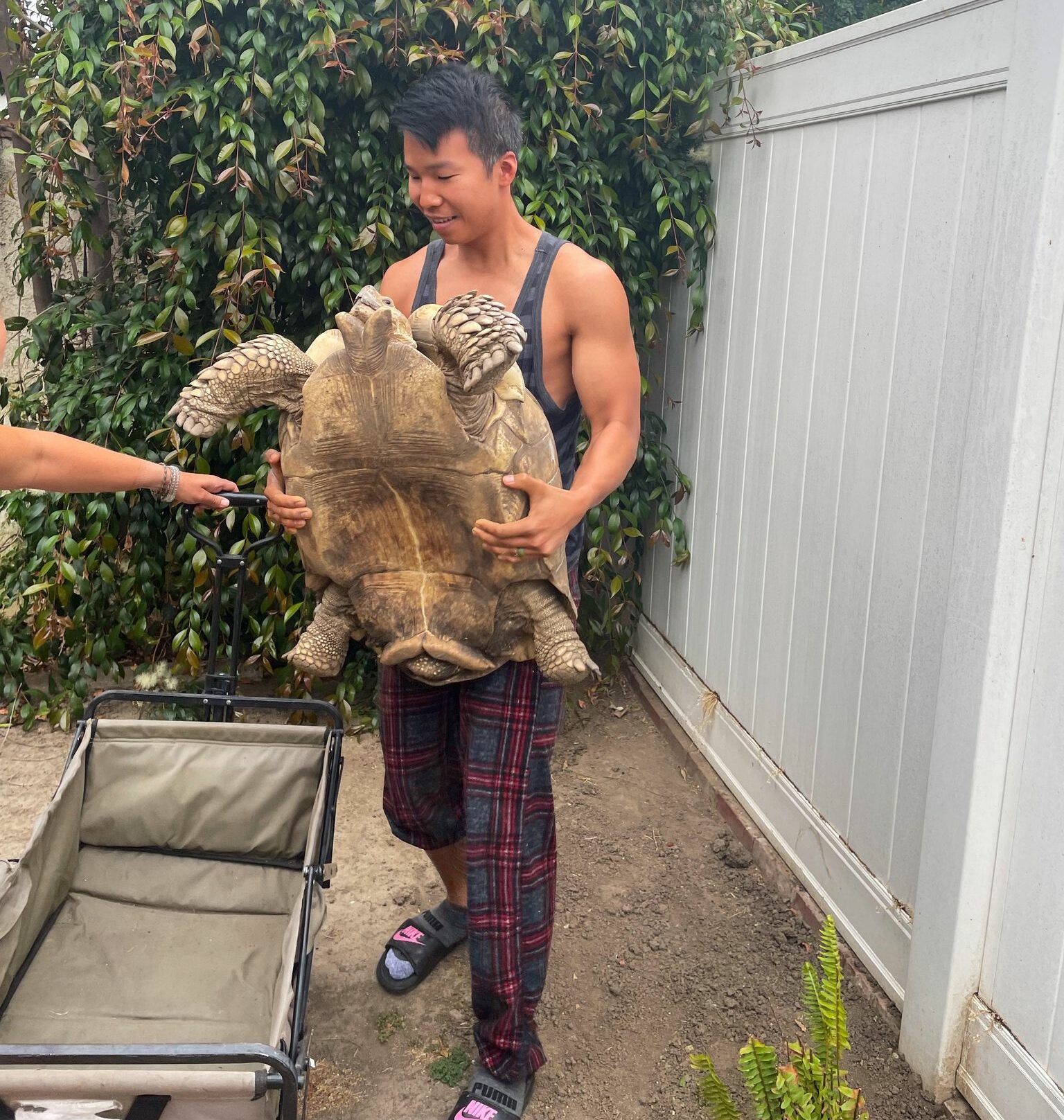 Smith said she felt “very relieved” to be reunited with her Andy, who was her first pet 17 years ago when she moved to Long Beach. (He also happens to have his own Instagram account.)

“I’m just so grateful for people that are honest and caring and willing to help out a neighbor because I do love him, and I’ve had him for so long,” Smith said.