The sound of french fries sizzling in scalding hot oil while the scent emanating from the fryer hangs heavy in the kitchen of a small, triangular building in North Long Beach where Mr. Fries Man employees—all clad in black—pile mounds of meat, cheese and sauces on a bed of deep-fried potatoes.

The franchise restaurant that serves up gourmet fries on Artesia Boulevard in North Long Beach is a family affair, owned and operated by Deonta Douglas, 31, his mom Yolanda Cooper, his surrogate brothers Joron, 25, and Devin Green, 31, and Carlton Capiti, 30, and their mother Nichole Reaves.

“It’s been going well,” Douglas said, noting that previous tenants of the building only lasted months, including the most recent occupant, Tiki’n Lei Hawaiian Kitchen. “But I believe we’ll be here for years and years to come.”

The Mr. Fries Man menu is both basic and anything but. The business sells french fries handfuls at a time. But what goes on top of those fries sets it apart. Protein toppings include the standard chicken—grilled or fried—and steak but also the more opulent shrimp and crab options.

“We wanted to bring the community … the gourmet stuff,” Douglas said. “You can’t go anywhere and just get crab or steak as a topping.” 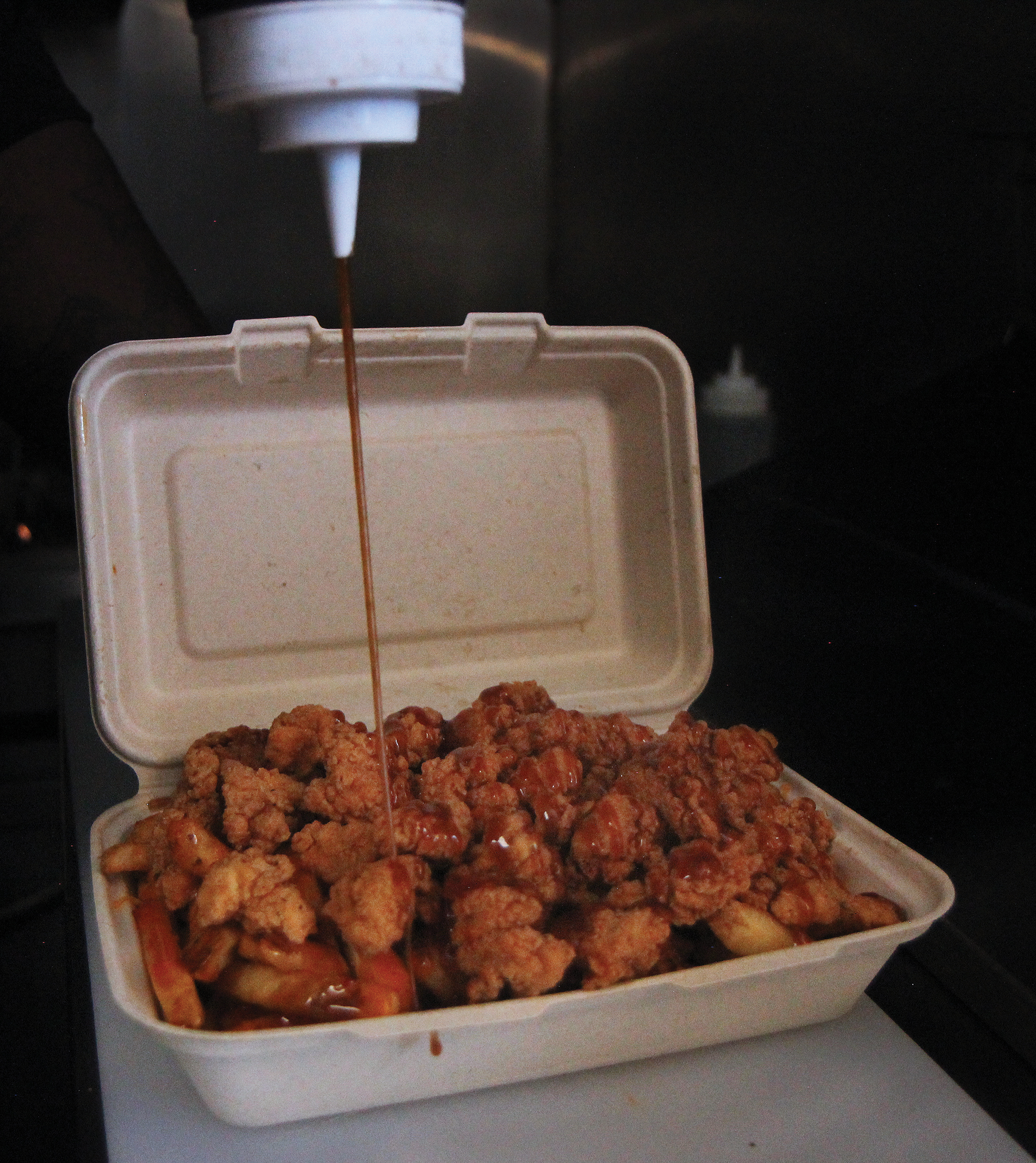 The owners are from Los Angeles but gravitated toward Long Beach when they began searching for a location to open their restaurant, Douglas said. They were not focused on any particular part of the city, having looked in other neighborhoods such as the Traffic Circle area, but ultimately decided the price was right in North Long Beach.

Though they did not seek out the area, Douglas said North Long Beach has been a great fit for the business and Mr. Fries Man has quickly established itself as having a community-focused mentality. When it comes to staff, Douglas said he hires from within the immediate community, even reaching out to nearby Jordan High School to offer students jobs.

“For the students, we show them the ropes,” Douglas said. “This is life—you get a job, you have bills to pay and this is how you go about it. We get them going in the workforce.”

The Mr. Fries Man team was out at the recent Jazz Festival at Houghton Park in North Long Beach, spreading the word about the restaurant, including its 10% student, military and first-responder discount, Douglas said.

“We’re trying to get a better attachment with the community,” he said. “We’re here to coexist. We’re part of the community.” 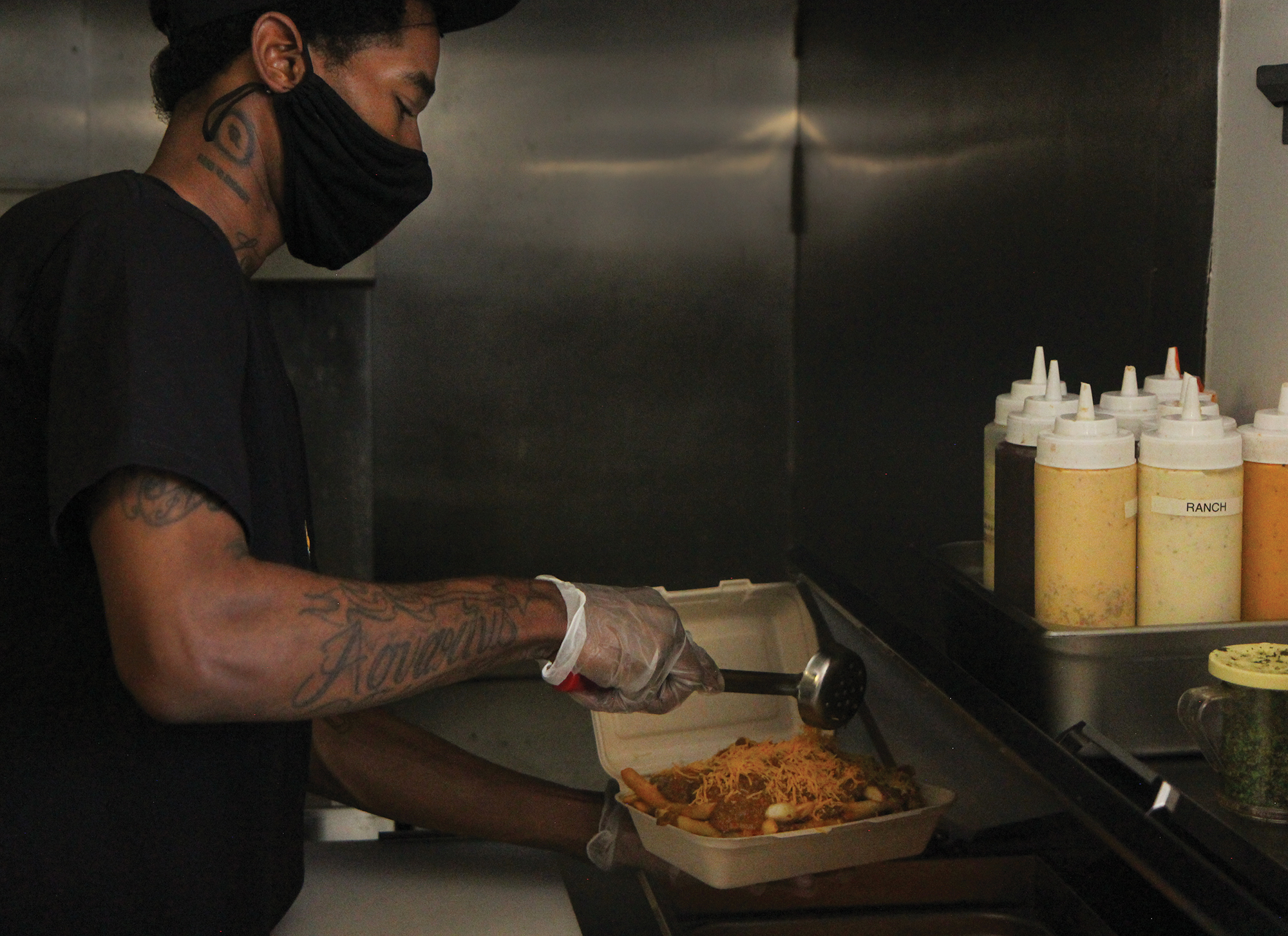 After riding a wave of success selling food out of their home kitchen, the original Mr. Fries Man was founded in Gardena by Craig Batiste and his wife Dorothy in February 2017. Three successful years later and the Batistes decided to franchise out their business concept. Since signing their first franchisee in June 2020, the couple has signed on dozens of locations, including the Long Beach shop.

Devin Green, who worked on the concept with Batiste in the early days, evolving it from nachos to fries, opened the USC shop before the family launched the Long Beach space, Douglas said. Now, the family is moving forward with opening an Arizona location, he added.

“We’re here so people can feel at home and comfortable, and be able to come and get some good eats,” Douglas said. “I see it working out. We love the people and the people love us, and it’s great being able to get closer to the community.”