Gusto Bread’s Arturo Enciso is bringing customers, for the third consecutive year, a taste of Mexican tradition in celebration of Dia de los Muertos. On the menu through Nov. 1, Gusto’s Pan de Muerto, or Bread of the Dead, is a sourdough sweet bread made especially for the day of remembrance.

Made and shaped by hand at Gusto, traditionally Pan de Muerto contains flavors strewn from orange or orange blossoms, as well as anise, but Enciso used ground fennel instead, milled fresh at the bakery, and orange zest from oranges bought at local farmers markets. 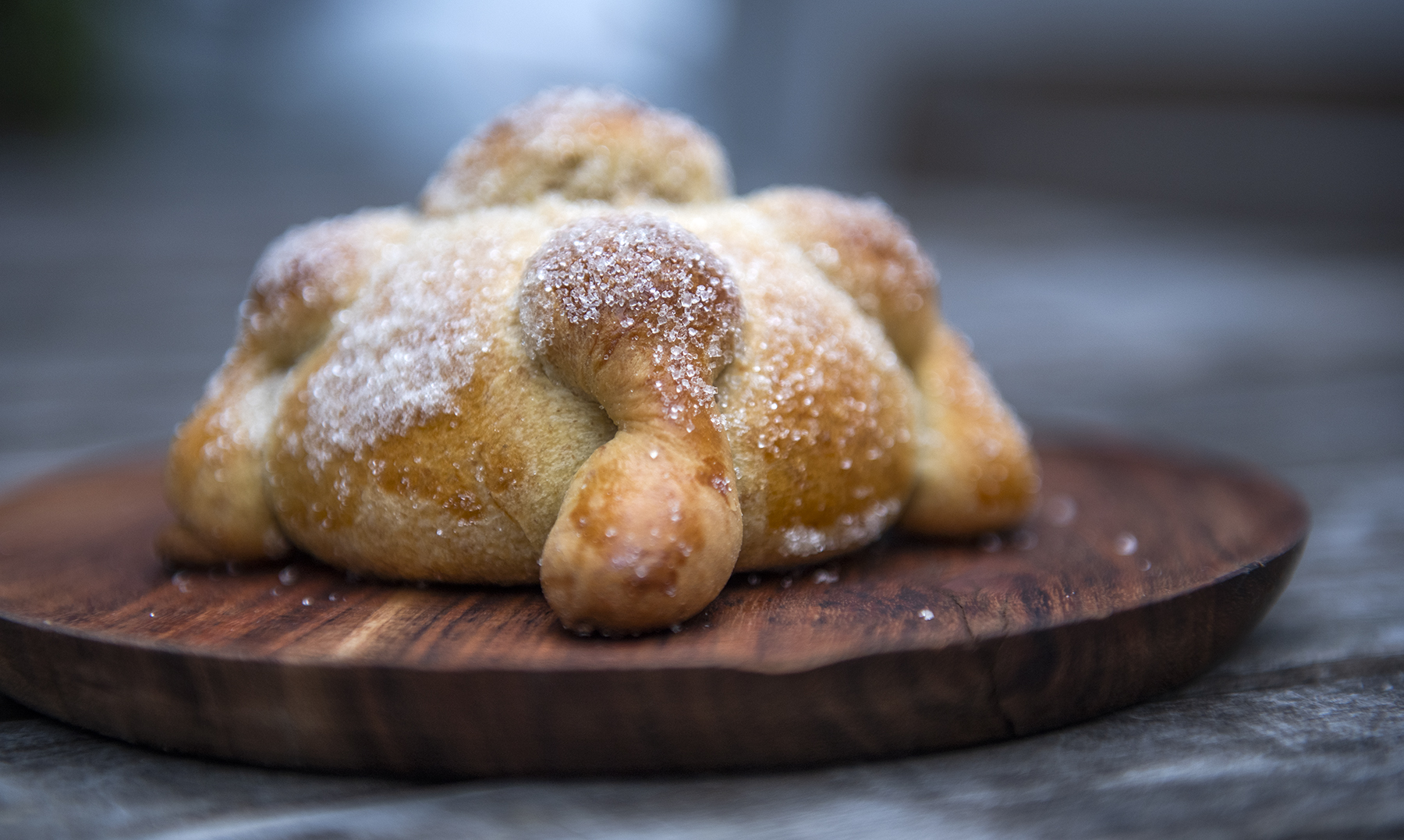 After being baked to still-soft perfection, it’s tossed in raw cane sugar, giving it a crunchy sweet exterior. Enjoy the small confection by tearing off a piece to dunk in a hot cup of Xocolatl (Agua de Chocolate) and your morning is set. Enciso described the overall taste of the bread as “very aromatic… you can just smell it, it’s very pungent… it leaves you feeling refreshed.”

The somewhat bulbous, knob-like pieces decorating the roll’s exterior represent bones, while the spherical shape in the center is likened to a skull, Enciso said.

“I don’t think anyone’s had anything like it, is what I’m realizing,” Enciso said. “And people love it. I don’t think there’s anything to compare it to; if you like just soft bread in general, I think you’re gonna like it.”

Enciso started making the seasonal sweet bread about a year after he started Gusto Bread in Long Beach in 2017. Typically, people buy Pan de Muerto on Dia de los Muertos and leave it at an altar to sit as an offering beside photos and memorabilia celebrating family members and loved ones who have passed on.

“It’s just a moment to reflect on your ancestors, look through photos, it’s a time to connect and think of them and, and typically, like my Dad said when he was growing up, you’d leave a bowl of mole or something that this person loved that you’re thinking about, you just kind of leave that at this altar space for them.”

At the bakery, customers peering in the window past the enticing display of available baked goods may notice the altar dedicated to Enciso and his partner Ana Salatino’s grandparents. Among orange-tinted family photos and folk art, sits the Pan de Muerto Enciso has been churning out since mid-October. 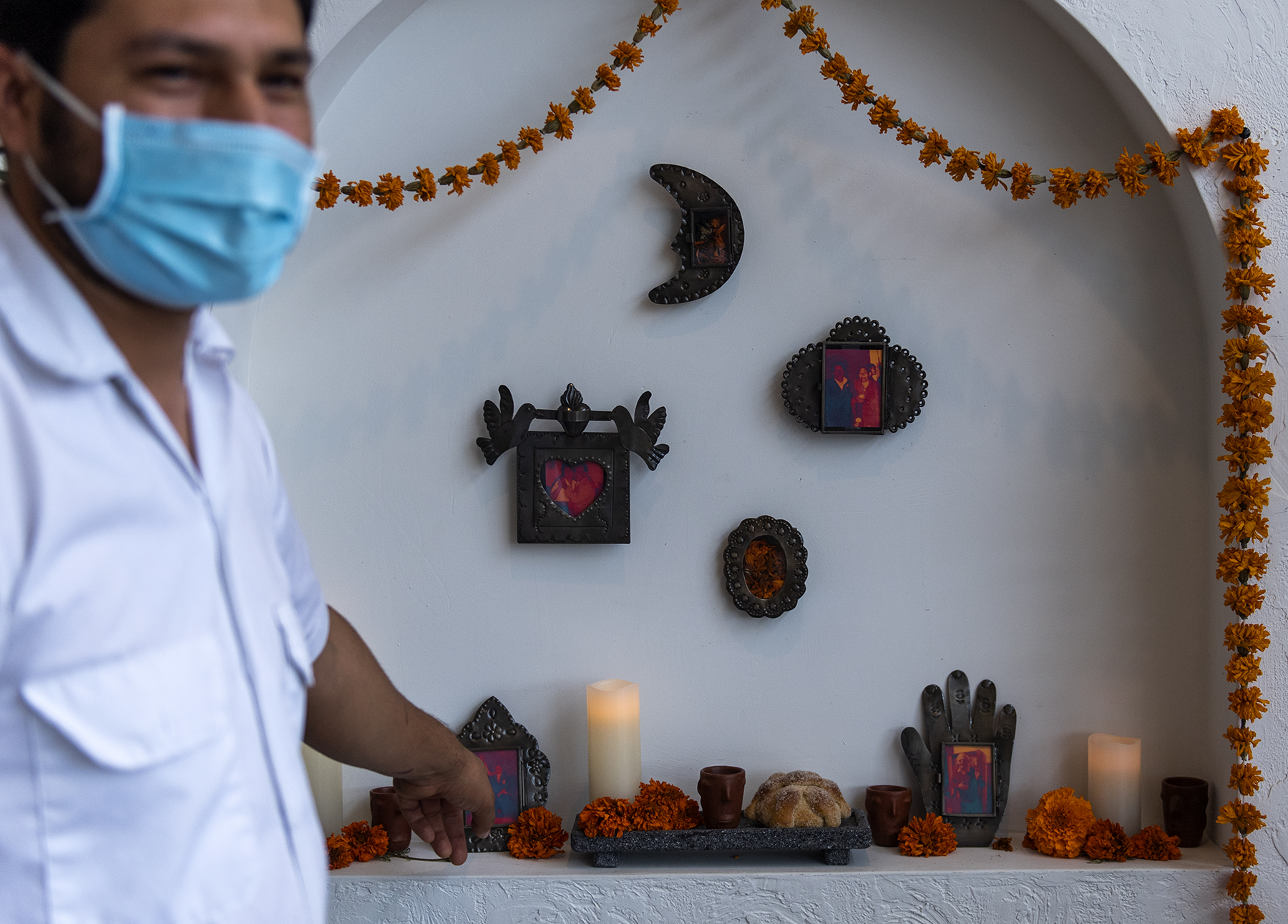 Predominant in Mexico City where his Dad is from and used to take Arturo every Christmas, Enciso said he would always just miss Pan de Muerto season there, and that making the bread is one element of his desire to connect with that part of him, the bread of his culture. Not to mention, he values the beauty in being able to bring a little piece of his upbringing to customers who may not be as familiar with such tradition.

“They can understand me a little bit, and the kinds of breads I grew up with,” Enciso said. “It’s fun to share that with people and it means a lot for people to accept that with open arms.”

Made daily until Nov. 1, it’s recommended you show up to Gusto Bread before 11 a.m.—earlier is recommended—to try the Pan de Muerto, as they tend to sell out. However, there are a couple of other ways you can experience it.

On the evening of Monday, Oct. 26, as part of the Museum of Latin American Art’s Dia de los Muertos celebration, Enciso will give an online presentation on the bread and his recipe from 6 to 7 p.m., as well as Xocolatl (Agua de Chocolate), a new addition to their menu. You can register to attend through MOLAA’s website here.

And, only available on Wednesday, Oct. 28, Gusto will be making a special Pan de Muerto in collaboration with Lola’s Mexican Cuisine.

When Lola’s owner Luis Navarro asked Enciso what he might be interested in doing together in an effort to bring more awareness to Dia de los Muertos, they landed on a chocolate version. It’s something Enciso actually tested out last year, a fan of the “creativity behind it.” 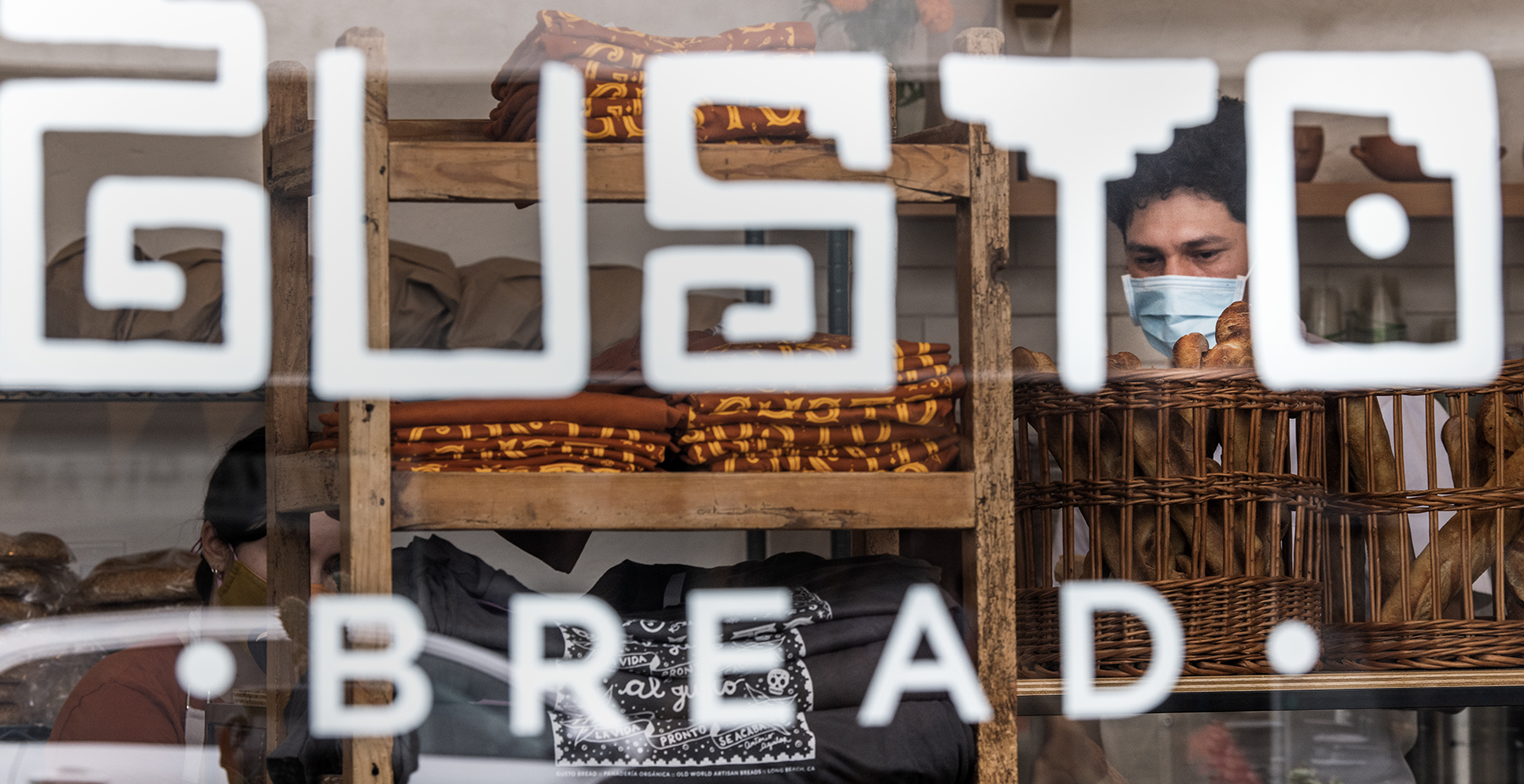 And by “more of that,” Enciso included the people ordering the bread who’ve never had it, then making it a weekly indulgence only to realize, with sadness, that Pan de Muerto is available seasonally. But that’s part of what makes it special, and they can look forward to trying it again next year.

Customers who purchase the chocolate Pan de Muerto will receive a Lola’s voucher for 20% off a purchase. Those who purchase a Pan de Muerto can also join the #LolasXGustoAltar Instagram contest. Keep up with @ilovelolas on Instagram for more details and Dia de los Muertos specials through Saturday, and with Gusto Bread @gustobread.