Historic Ranchos Walk canceled, but you can still walk the scenic route if you're on the list • the Hi-lo
- ADVERTISEMENT -

Following a couple of teary-eyed emojis, Walk Long Beach executive director Steve Gerhardt went on to explain in an email that, although every possible scenario was considered to hold a safe event on Saturday, “we simply cannot have an event this year where people are asked to sign up or meet somewhere at a particular time under the COVID rules.”

Turned out that the difficulties in keeping up with and following the “rules,” was a bit of a rollercoaster, and emblematic of the many complications that have afflicted so many organizations now all too familiar with the word “pivot.” Since February, Walk Long Beach had been planning the event with its partners at the City of Long Beach and the two ranchos. And while canceling was a distinct possibility a few months ago, they still continued to “pare down,” finding ways to make it COVID-safe, including limiting registration and staggering start times, Gerhardt said.

But the city still had concerns.

“The city decided that they couldn’t be active participants in this year when so many other events, like the LB Marathon, had to be canceled,” Gerhardt said. 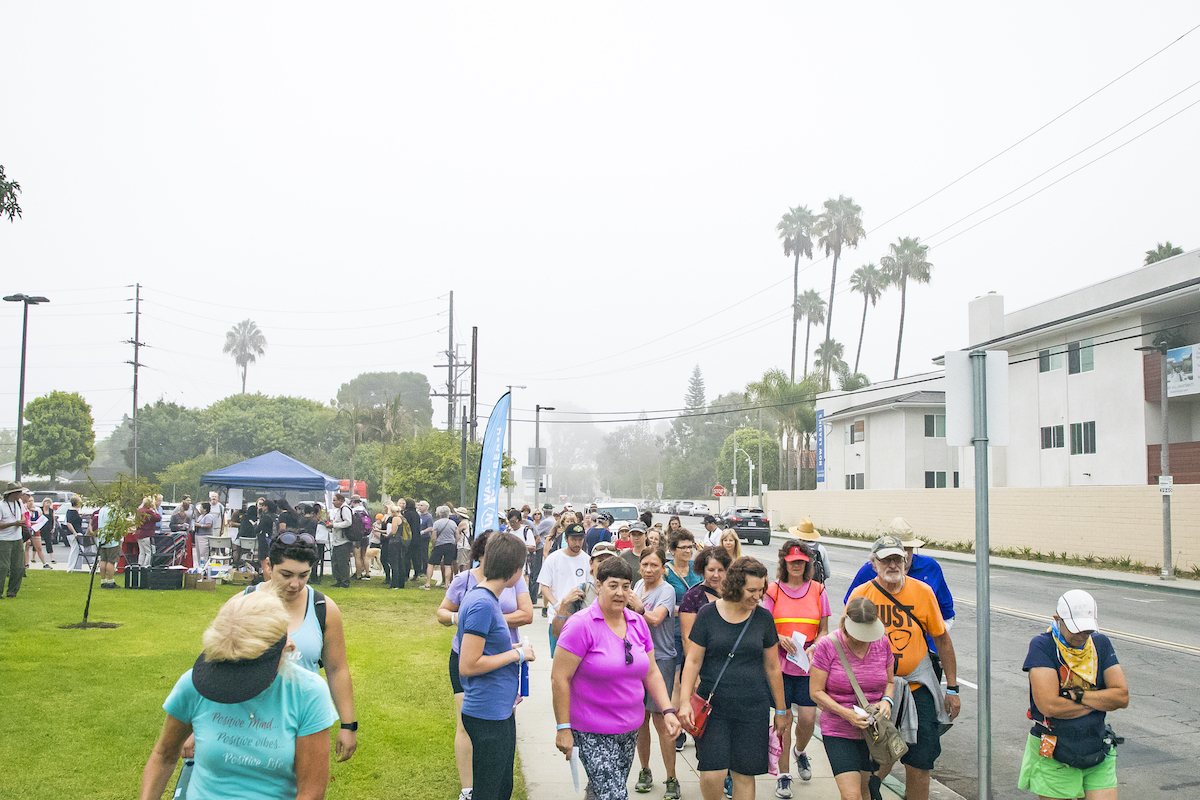 So, Walk Long Beach decided to proceed, but when the event was announced, officials at the city and the Port of Long Beach who provide sponsorship support, reached out with more concerns. There was also a new matter of obtaining a permit.

“When the city was a partner in years past, we didn’t need a permit to have an event on the sidewalk, especially since Public Works was involved,” Gerhardt said. “Without the City as a partner this time around, we would need a permit. But the City isn’t approving any permits of this type under COVID. So, even though we felt that the event would be safe, we had to cancel just as soon as it was announced.”

Just as the LB Marathon held a “virtual run” in place of its 2020 race, where runners participated on their own, Walk Long Beach will provide something similar for its registrants, a looping route that they can walk on their own time.

2020 Long Beach Marathon canceled, but organizers say it will live on virtually

“A walking event is actually pretty safe as far as social distancing goes. People tend to spread out during the walk. The sidewalk widths help keep groups small,” Gerhardt said. “The concerns had more to do with the registration at the beginning, and if you are walking with folks coming in the opposite direction. Since we were walking a loop in areas that aren’t too busy, it was reasonably safe. The city is actually very supportive of our virtual walking program, where we suggest walks for people to do on their own. So that’s where we’ll continue to focus our efforts for now.”

It’s not just the Ranchos Walk that’s a part of Walk Long Beach’s robust repertoire of advocating for complete streets, and showing people how to benefit from being outdoors.

From “Walking Wednesdays” to offering more than 35 downloadable cards with different routes on them to encourage people to safely walk during the pandemic, Gerhardt said quarantine has brought to his attention how important “complete neighborhoods” are now more than ever.

“Having a full range of services is critical to being able to thrive and live a healthy life,” Gerhardt said. “What’s also become so obvious is how inequitable our neighborhoods are. The 9th District finally got a bank recently with the Uptown Commons project, while other neighborhoods enjoy a full range of daily needs services and barely give it a thought.” 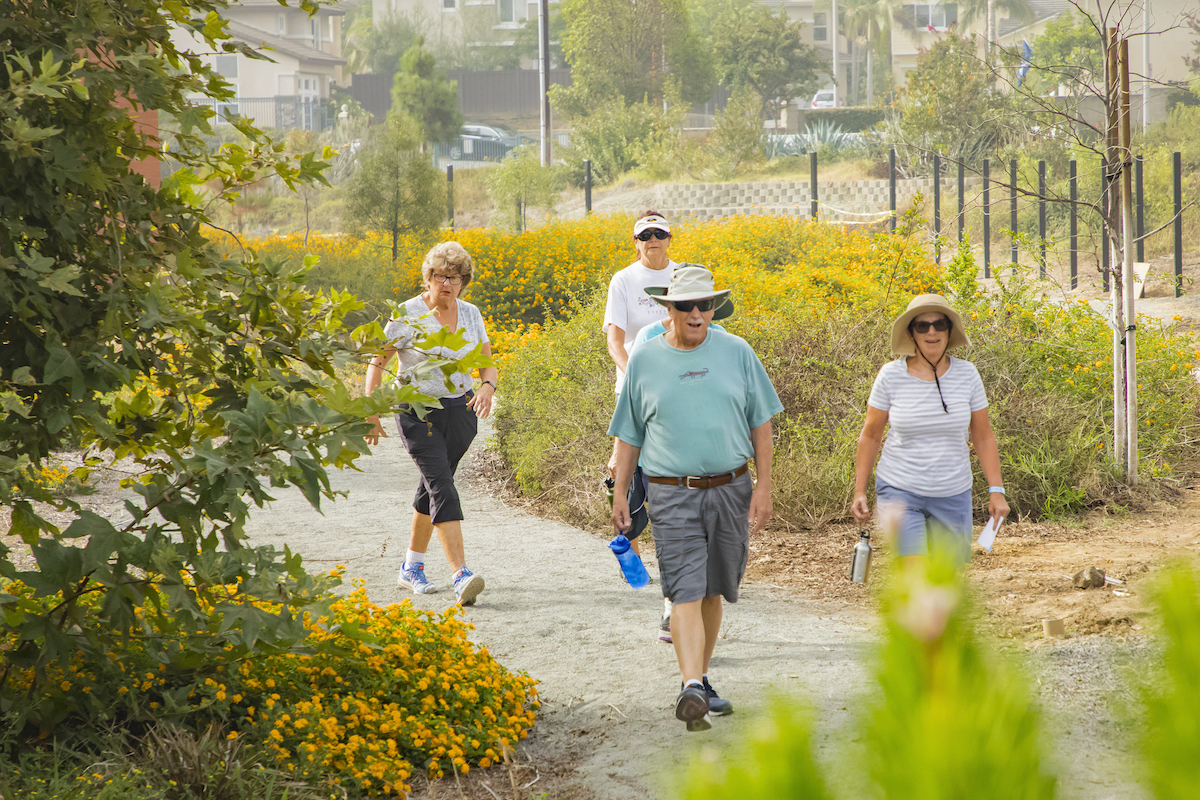 On the other hand, the increased use of parklets and residential streets closed to traffic offer hope in the form of rethinking how streets can be used: “Outdoor dining is a thing! Streets are more than parking lots and for through travel. Who knew? Not all streets have to be all cars, all of the time,” Gerhardt said.

“We hope people still visit the ranchos, which are lovely and open to the public to visit the grounds, for now,” Gerhardt said. “Walk Long Beach will continue to curate loops around town of various lengths. Hopefully, we will be able to walk together for Ranchos Walk 2021.”

If you’re one of the 100 or so people who were able to register for the walk before it was canceled, you will receive the route via email to walk “virtually.” Participants can also make a reservation with Rancho Los Alamitos for a tour of the grounds as part of their walk at this link.