From the people who have brought the much-admired Craft Beer LB Festival to Long Beach for the last six years comes a new festival taking over Rancho Los Cerritos, one that stars the passionate backyard scientists responsible for creating the craft beer scene so ingrained in our drinking landscape today: homebrewers.

The inaugural Craft Beer LB Homebrew Invitational on Saturday, March 19 will feature the original bubbly beverages from 45 homebrewers hailing from homebrew clubs across the Southland, including the Long Beach Homebrewers, OC Mashups and the Latino-led SoCal Cerveceros.

“These people are committed to homebrew,” said event organizer and homebrewer Mike Waldren. “They love beer and want to pour beer.”

During the four-hour tasting, attendees can try unlimited pours of 45 unique homebrews, one from each of the homebrew participants, spanning a wide variety of styles—Hazy IPAs, sours, modern Pilsners, lagers, cream ales, saisons, schwarzbiers, even a “smoothie beer.”

“It might be easier to tell you which style of beers aren’t present,” Waldren said. “Every single beer style on the [lineup] is enumerated on the BJCP (Beer Judge Certification Program) judging categories.”

And that’s the other facet of the Homebrew Invitational: The event is also a competition. Two awards will be doled out, one where attendees decide their favorite brew and the other by a panel of judges comprised of both brewing professionals, including brewers from Syncopated Brewing and Beachwood, and non-competing members from the Long Beach Homebrewers. 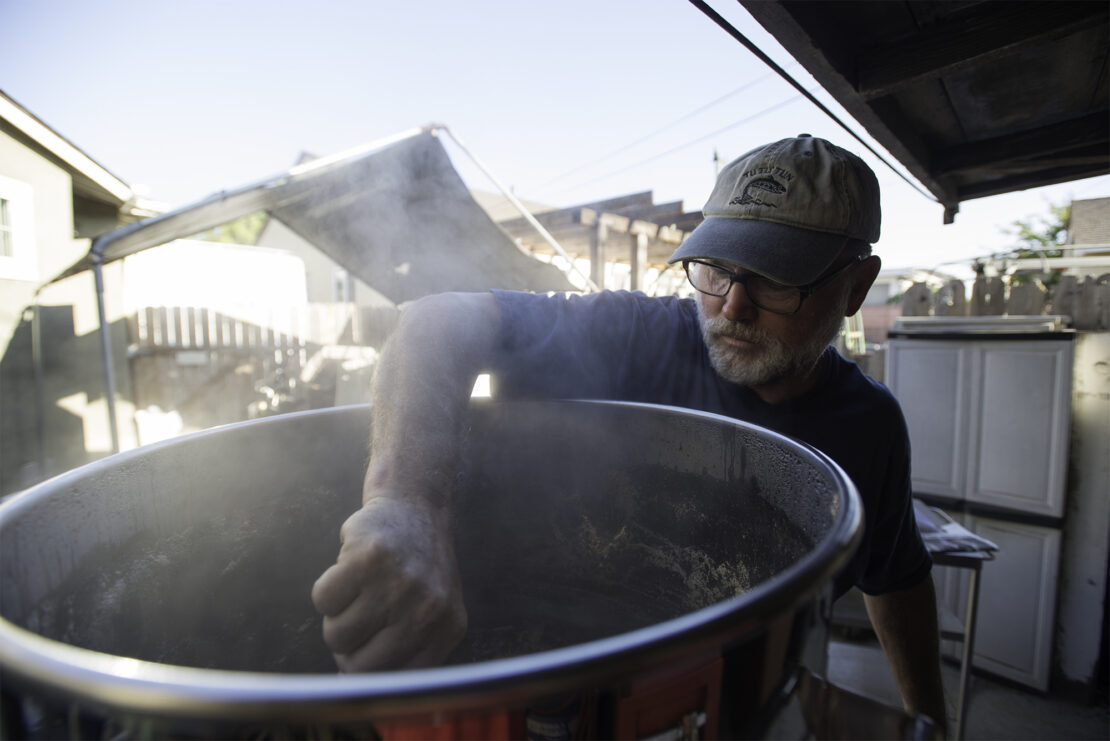 A snapshot of Dan Sundstrom, of Ten Mile Brewing, homebrewing in the film “Brewmance.” Ten Mile Brewing will be one of the five professional brewers at the Craft Beer LB Homebrew Invitational. Image courtesy Brocklamation Films.

Judges will critique the beers based on style guidelines and whether the brewer effectively produced a beer that achieves those style guidelines, Waldren said. The winner of the Judges Choice award will also have the opportunity to brew their recipe with Syncopated Brewing that will be poured at the brewery and the Craft Beer LB Fest on Sept. 17.

Professional breweries from Long Beach will also be at the festival, including special offerings from Beachwood Brewing, Liberation Brewing Co, Ambitious Ales, Ten Mile Brewing and Syncopated Brewing. What’s more, organizers say that many of the competing homebrewers will also be bringing other batches of their homebrew not included in the competition for guests to try.

General admission tickets cost $35 and include unlimited pours from both the professional breweries and homebrewers. Attendees who purchase a VIP ticket for $55 can enter the festival an hour early. The event is family-friendly and permits children ages 15 and younger free entry. Click here for more information and to purchase tickets.

All proceeds will be donated to Rancho Los Cerritos.