Four Poly High School freshmen have turned what was initially a theoretical business plan, never meant to leave the classroom, into a reality: a coloring book to help elementary school-aged kids understand the coronavirus pandemic, with a percentage of the sales going toward COVID-19 relief efforts.

Lauryn Hong, Ella Matlock, Sofia Migliazza and Erin Rogers, students in Poly’s PACE program (Program of Additional Curricular Experiences) came up with the idea as a way to entertain and educate kids, as well as help their parents offer activities for them to do.

Throughout the pages of COVID Coloring Book reminders to wash your hands, be careful around older people and grandparents and to wear a mask are delivered by characters Al. E. Gator, Sam the Snail and Wally the Narwhal, with activities including coloring, Tic-Tac-Toe and Mad Libs sprinkled throughout. The book also comes with a mask.

“We took the main things we wanted kids to understand and used kid-friendly language, that was the big draw of it,” said Matlock. “We wanted to make sure that while it’s educating little kids, we still wanted them to be able to understand it and have fun.”

Hi, our names are Lauryn, Erin, Ella, and Sofia. Our goal is to educate kids on the coronavirus and entertain them during quarantine. Click the link in our bio to learn more and pre-order yours today!

Hong, who wrote the text, has two younger sisters and saw firsthand how confusing the pandemic was for them. Having spent ample time with them and their friends, she said helped her write for a younger audience.

“They just get really bored at times,” Hong said. “So, we’re trying to give them something to do that can entertain them and help them learn what’s going on because it’s really confusing, even for us.”

Originally they settled on a seven-week plan with projected sales of 25 copies, with a percentage of the proceeds going to charity. To their very pleasant surprise, they were able to sell 476 books.

On top of exceeding all expectations, they were also able to finesse a teacher’s connection to Microsoft into a commitment to match the donations, with more than $600 now going to COVID-19 relief efforts, as well as Black Lives Matter organizations.

You wouldn’t know it based on its local success, but, according to an industry and market analysis the team conducted as part of the assignment, the coloring book industry isn’t doing so well.

But their instructor, Jeff Montooth, who normally wouldn’t have recommended they pursue a sales strategy in a dead or dying industry, encouraged them to go for it anyway, given the extraordinary circumstances. 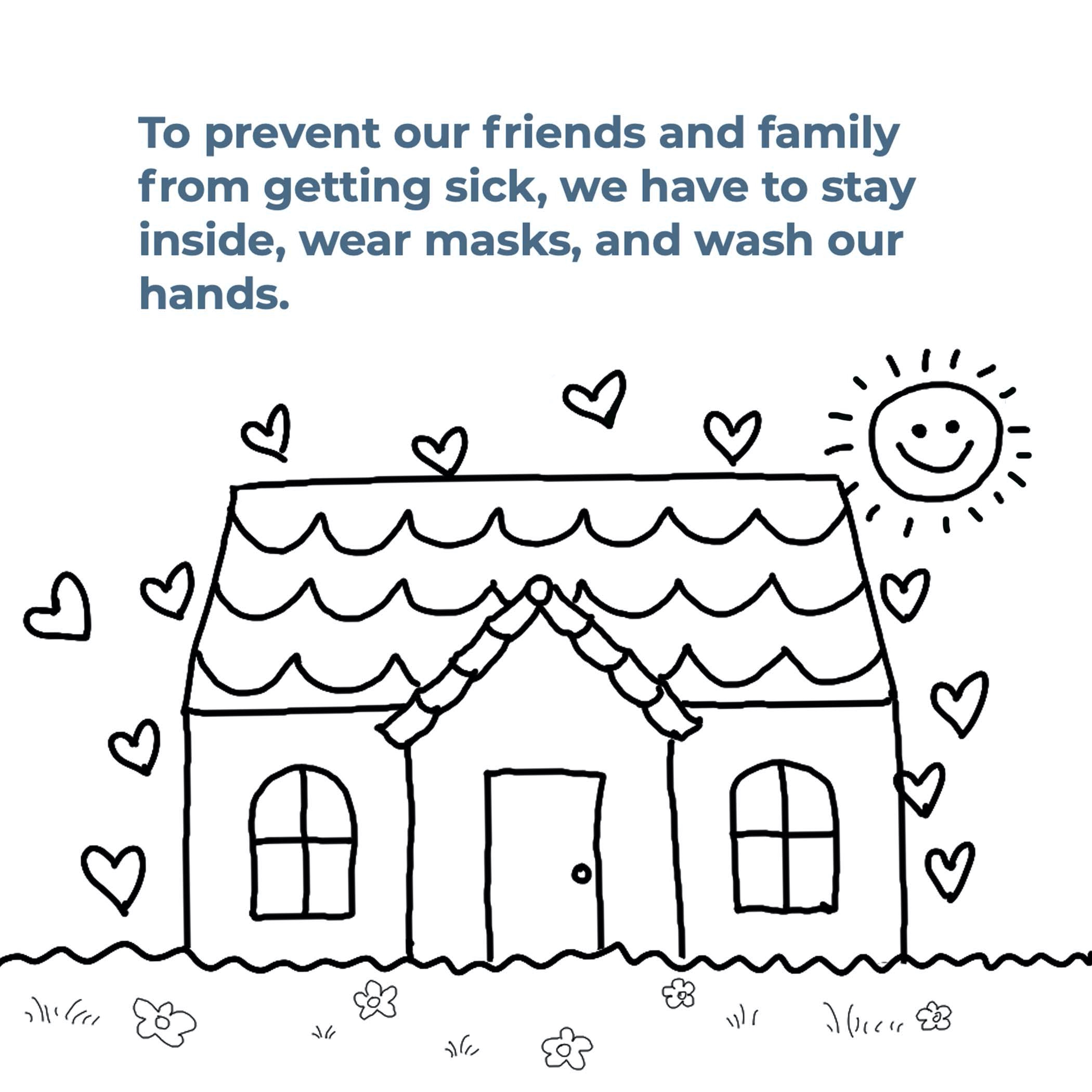 Courtesy Be the Change Coloring Co.

For the past three years, Montooth has given the assignment to his students in his Accelerated Economics class. Normally taught in partnership with AP Environmental Science to engage students in developing solutions to environmental problems, the capstone project had to be altered once the district closed its schools due to the pandemic and instruction transitioned to video conferencing.

And with grades no longer a method to assess performance, Montooth encouraged his students to simply create a pitch for a business that would somehow give back to the community, to just do something good.

“It was really hard for a lot of us, especially for the first month,” said Montooth. “They [the students] didn’t say this exactly to me, but I think having a group where they’re talking about being productive and doing something positive and sharing, I think that was really good because it was tough.”

Being able to see the look on people’s faces, their joy and graciousness in receiving the books, gives Rogers hope, she said, while learning more about Photoshop, and playing a part in designing the layout has her thinking of pursuing a career as a creative director.

Inspired by the success of their first endeavor as a unit, the girls have come up with a name for their operation, Be the Change Coloring Co., and are continuing to communicate with Montooth on two upcoming books for kids, one addressing racism and one about kids with special needs.

And these editions won’t be for credit.

“The fact that they want to do more is the best thing,” said Montooth. “The fact that school’s been out for a week and we’re working, but we want to be, is really cool. It’s what you dream of as a teacher.”