Looking to ignite the same ardor with youth in underserved communities, Dragga launched her nonprofit The Book Truck, a mobile library aimed towards improving teen literacy by donating hundreds of popular, high-quality titles to youth in communities all over LA County, including Long Beach. Dragga estimates they’ve donated more than 20,000 books to young adults since starting the nonprofit in 2012. 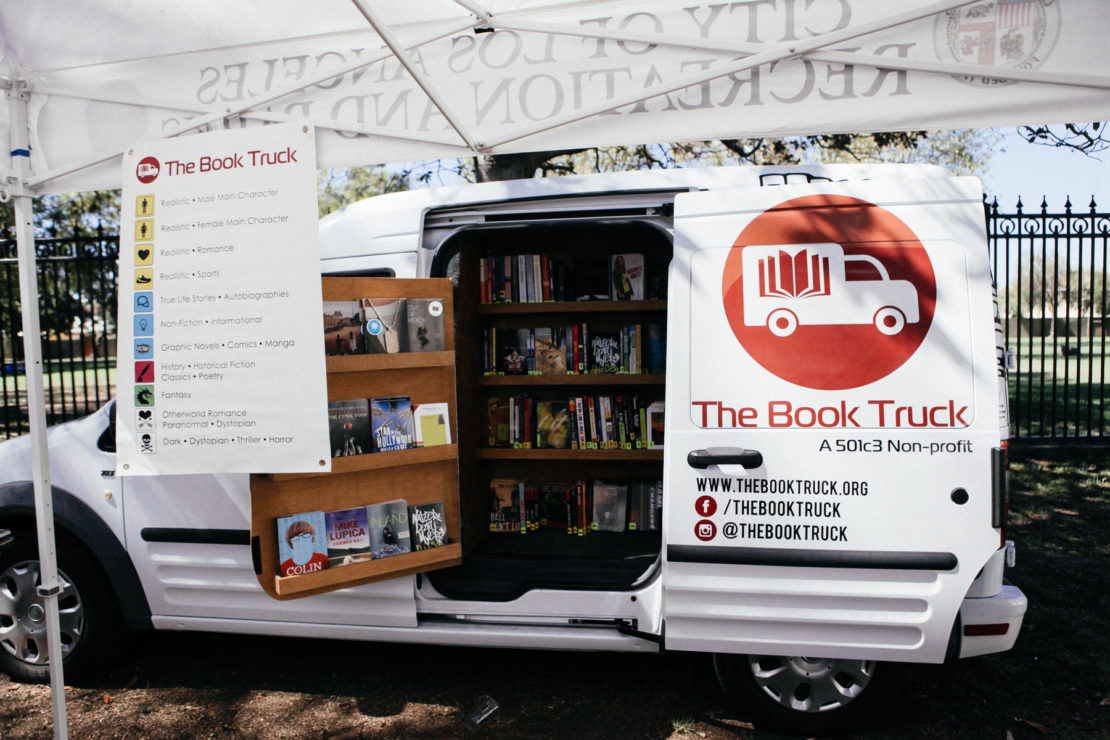 The Book Truck stationed at the Wilmington Book Festival. The truck, a Ford Transit Connect, can harbor about 600 titles. Photo by Marie Nguyen.

“I love doing it,” said Dragga, who moved to Long Beach in 2018. “The kids were so hungry to get their hands on books that they were interested in, but didn’t look like discards from a library or something that someone didn’t want anymore.”

Stopping by book fairs, festivals and LA and Long Beach Unified schools, Dragga and a group of teen volunteers would connect other teens with two books based on their age and interests. After events, Dragga said it wasn’t uncommon for their truck’s stockpile of about 600 books to be completely wiped out.

Since coronavirus shutdowns, Dragga has pivoted her efforts and now organizes customized book bundles for children and youth in LA county group foster homes and homeless shelters, places where Dragga said the books go the furthest.

“I’m grateful for the ability to really serve the most vulnerable kids right now,” Dragga said, stressing the value for kids who aren’t in school. “School can really be a lifeline for them and kind of a place of stability, so to be able to support those kids right now, I think it’s something that I’m really grateful that we’re having an opportunity to do.”

“We believe it’s critically important that teenagers have access to more books written by black authors,” United by Pop wrote on their website. “During the month of June, United By Pop and United By Books, aim to collect 500 young adult books by black authors.” 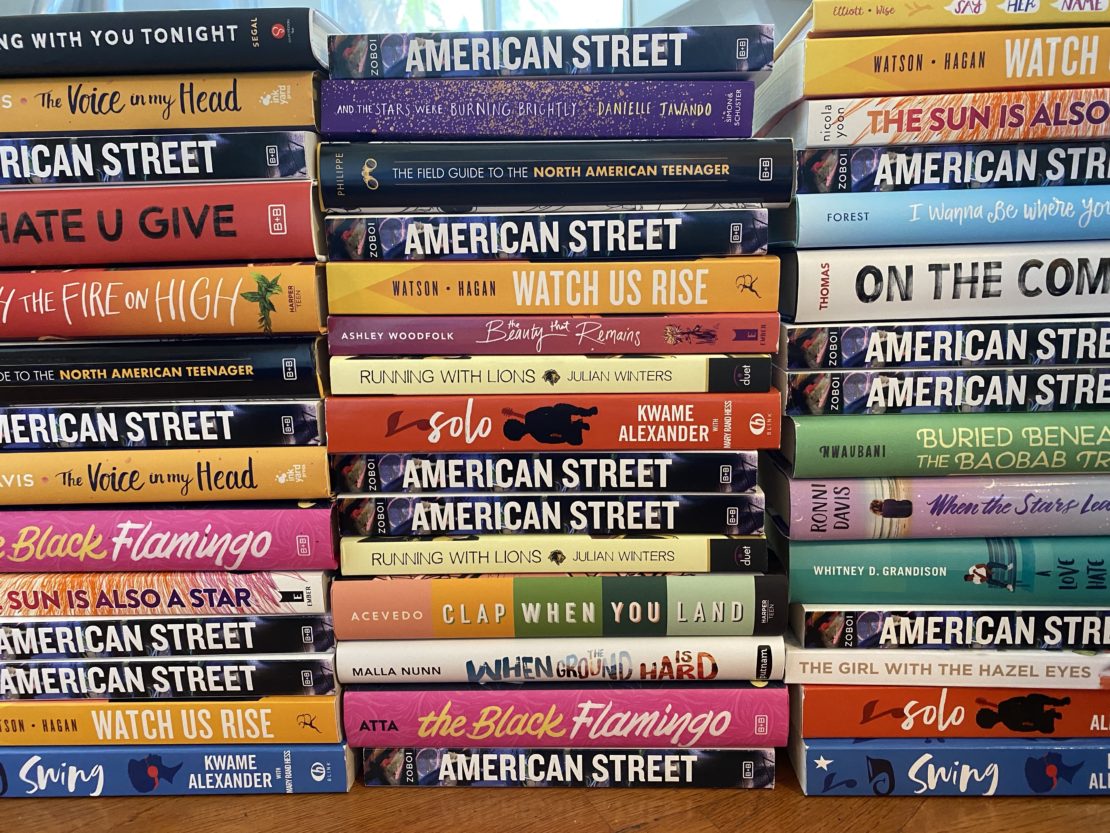 Elizabeth Dragga, the founder and director of The Book Truck keeps her ear to the ground, curating the selection of books from teen communities. Photo by Elizabeth Dragga.

Two hundred and fifty of those books will be donated to The Book Truck. Dragga plans to donate those books specifically to her focus areas of homeless shelters and foster youth agencies.

“One of our main core principles is making sure that we are bringing books to kids that represent their lives and their communities,” Dragga said. “And so, being able to just focus solely on Black authors, and to be able to add these really premium new titles is huge, and is so important in terms of developing that lifelong love of reading.”

United by Pop has already doubled its monetary goal. As of Thursday, June 25, their GoFundMe page had received $1,120 in donations—the original goal was $500. United by Pop has also curated a Black authors Amazon wishlist. For those looking to donate, you can purchase a book from the list that will be donated directly to The Book Truck. The fundraiser, according to Dragga, will be accepting donations through the end of the month.