For Erica and Kevin Norton it seemed that 2020 was going to be their year. Their new bar and music venue, Supply & Demand, which was nearing its eighth month of operation in March, was beginning to make a name for itself as local and touring destination for live music.

“People were starting to realize that we were here and alive and then COVID brought everything to a screeching halt,” Erica Norton said.

After spending a year and investing a small fortune renovating what was formerly the Blacklight District, a dive bar and venue known for its punk and metal lineups, poor Yelp reviews, and an infamous episode on season six of “Bar Rescue,” the Nortons and fellow owner Jair Aguirre, felt crushed; they had finally built their dream space but were forced to close before it could realize its full potential.

“It’s been devastating for us, especially where we finally started hitting our stride,” Kevin Norton said.

As the months wore on and it became evident that their stage would remain dark until at least the new year, their fears and anxieties swelled. In search of an outlet, they decided to jump on the livestream bandwagon and found a fortuitous partnership with Nate Rebolledo, owner and operator of SOS Booking & Production, a live music production company. Up until the pandemic, Rebolledo was busy touring around the country as a live music production manager, setting stages for Live Nation, The Observatory and world-class acts like DJ Dillon Francis and RL Grime. 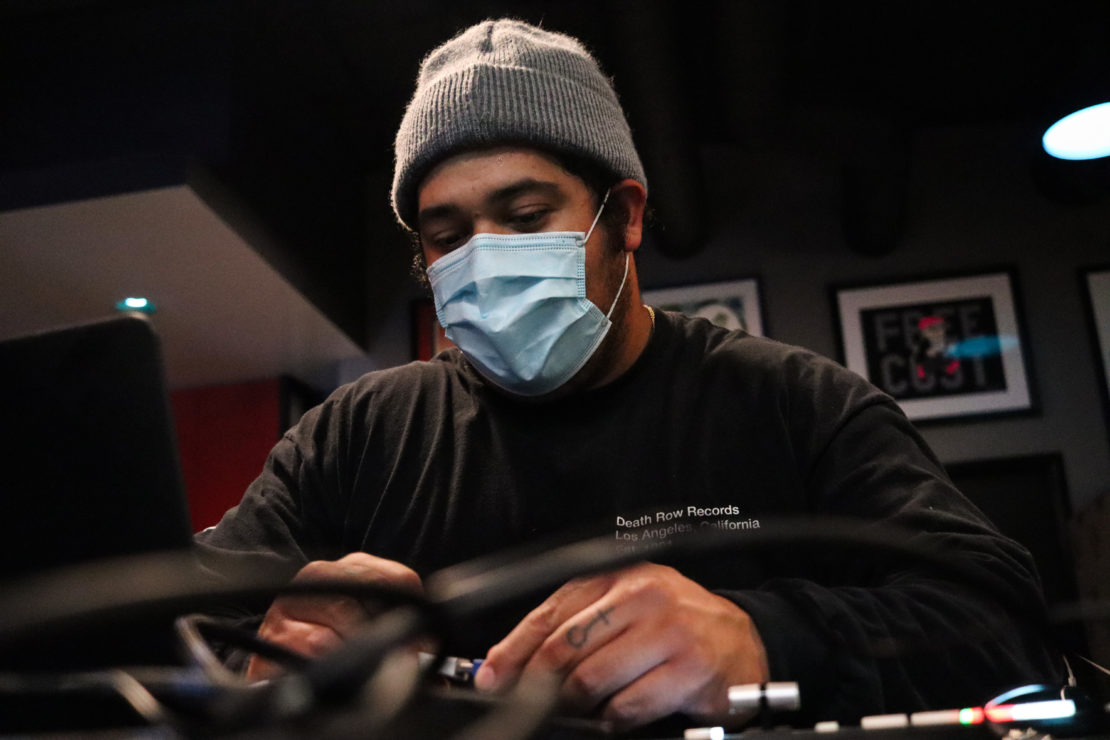 At first the streams, dubbed Sunday Matinees, were predominately Q&A, and acted as a sort of safe space, where musicians, business owners and fellow entertainment industry folk could share their thoughts about the state of the world and their concerns about what their place in it would be once the world found its footing again. It was cathartic, Kevin Norton said, but it was also missing something: live music.

Now, in the expanse that was designated for crowds, there are cameras, microphones, screens and studio lights. Cables and chords secured with duct tape trail along the floor. And live music has returned once again to the venue, albeit to crowd-less audiences. Through their efforts, the owners and Rebolledo are trying to keep the live music scene buzzing by giving bands and artists a platform and a place to play.

“Some of these bands haven’t played in months, so at least they get the chance, the opportunity to play one show,” Rebolledo said.

Since launching the stream in June, dozens of bands, artists and DJs have appeared onstage. While the shows generally feature heavy metal and hardcore punk sets, the venue has hosted a variety of artists from hip-hop to Cumbia, house to indie rock.

“We’re willing to try it all,” Erica said.

Grammy-award winning artists, Free Nationals, and Brazilian heavy-hitters, Sepultura, have made appearances on the stream as well, proof that their platform and connections are growing. But their efforts do come at a cost—it’s a full production featuring multi-camera setups, professional grade lighting, and sound. Rebolledo and his team, which includes three or four tech and sound engineers per show, are all working for free.

“Every week we make a little bit of an investment,” Erica said. “It’s a scary investment, because it’s not like there is any financial windfall that’s coming from it.”

The plan for monetizing the platform is tenuous, Erica said. Twitch, the website where they host their stream, is a notoriously difficult platform to monetize, although their current subscriber count stands at 2,600. They’ve also considered renting out their space as a production studio, but they’re hard-pressed to find clientele willing or able to spend the thousands of dollars in production costs.

It’s been a surreal experience for everyone involved, they said, none of them imagined they’d be running a livestream; of course, no one ever imagined the entire dismantling of the music industry, either. But to each member involved, despite the uncertain future, giving up is not an option.

“There is no room for failure here, we have to survive,” Erica said. “We’re just doing it because we love music and we love the scene. It’s about keeping the scene alive, and we’re hoping that it does.”

To watch the SOS Booking livestream at Supply & Demand visit their Twitch account, click here. New shows come out every Sunday at 4 p.m. You can keep up with their schedules and performances on their Instagram page, click here.