An empty dirt lot on the corner of Santa Fe Avenue and Columbia Street that has been abandoned for decades now yields heads of lettuce, kale and other produce as urban farmers set up a new spot for locally grown food in West Long Beach.

Grow2Zero FARMS, a nonprofit community farm led by two veterans, will be occupying the quarter-acre lot, which had been vacant since at least 1999, according to city officials, but they say it’s likely been longer than that.

Co-founders Judi Gregory and Leif Kemp say they plan to debut the farm’s harvest Thursday at 2 p.m. with a food giveaway intended for its nearby westside residents on a first-come, first-served basis.

Here, Gregory and Kemp, say they will continue to distribute free produce they grow every week moving forward—with some extra food sourced from partners such as Food Forward and Armada Unified, two food organizations that are helping provide for Thursday’s first giveaway. Recipients must walk up to the site and remain socially distancing during the event.

“It’s a lot of food,” Gregory said about the debut, which will have 2,000 pounds of fruits and vegetables for west-siders in need. Kemp said they are unsure how much food they will have available for the following weeks, but they are trying to find more partners who will donate food.

At the farm, Kemp said they have six traditional grow beds, three raised beds, 10 small grow bags and 12 portable gardening containers called SoxxBoxxes . Many bags of produce will grow along the lot’s fence. Kemp said pedestrians are welcome to snag any pieces of the plants poking through the fence onto the street. 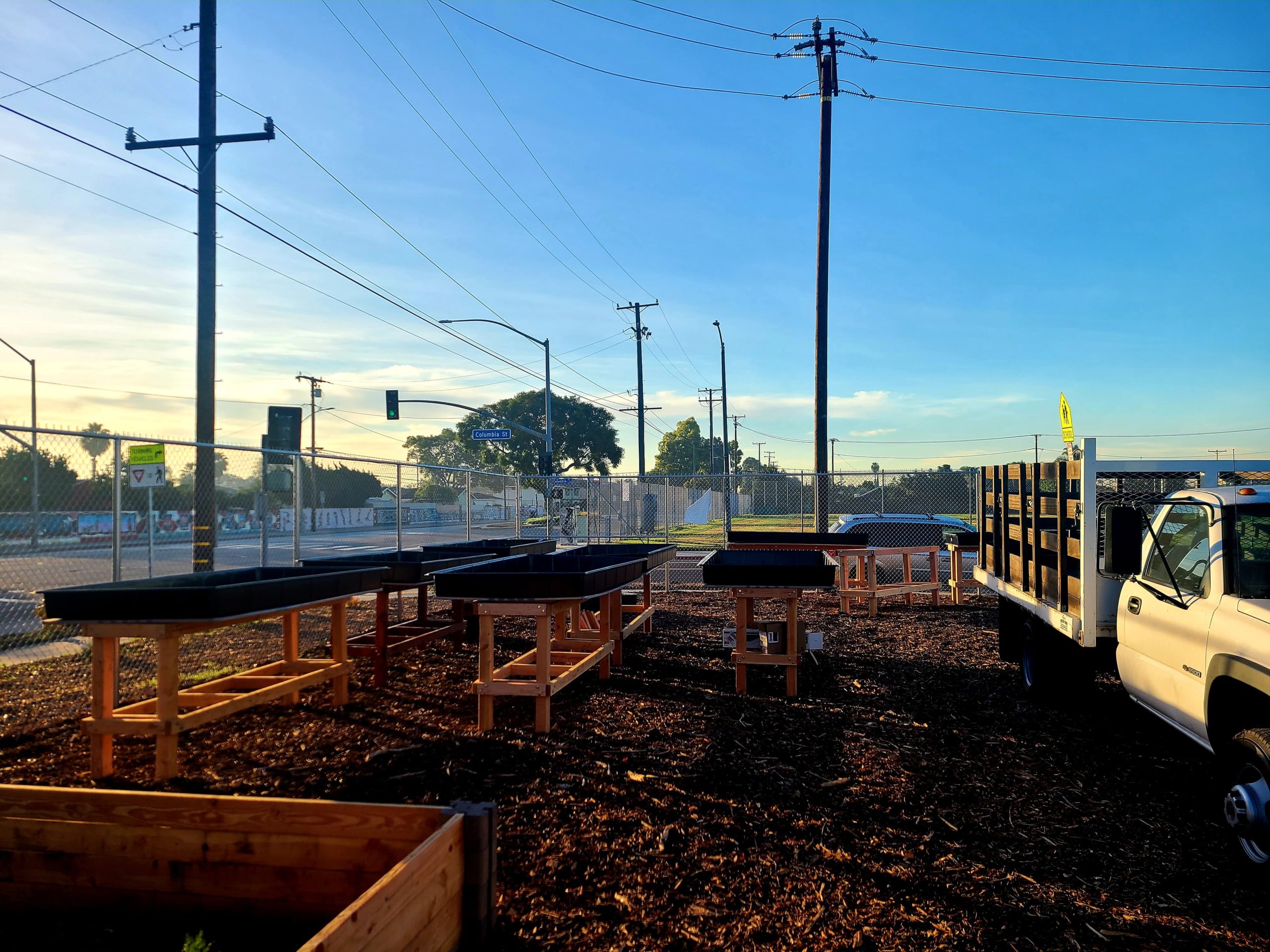 “We’ve got a quarter acre, but we’re gonna maximize this space,” Kemp said. They’re renting an apartment on the other side of the fence, which is currently functioning as their office and headquarters.

Aside from becoming a local food resource for residents, the co-founders said they plan to host farming workshops, from learning how to dry herbs to composting.

Gregory and Kemp, who served in the National Guard and the Marines, respectively, got into farming as a means to give back to the veteran community as well. Kemp said he’s looking for other veterans to join the farm.

“[Farming] helps a lot with some of the issues that we have of coming back and trying to reintegrate into society,” said Kemp, a combat veteran. “That’s why I did this.”

Those looking to have a more consistent supply of locally grown produce can pay for a weekly, monthly or seasonal subscriptions with the farm, which will allow for pickup or they can likely deliver to “convenient areas,” he said. They are hoping to gather at least 150 weekly subscribers.

Others who can afford donating are encouraged to do so as “a tangible way to say thank you to our vets,” he said. Kemp encourages locals to follow them on social media to stay updated about the farm’s activities.