If you’re a Justin Bieber fan who knows Long Beach, you might have recognized a few locations in the pop superstar’s recent music video, “Hold On,” which premiered this month.

In the cinematically styled music video, Bieber (and/or his stunt double), is seen riding a motorcycle while being chased by police, which took place on streets including Broadway, Alamitos Avenue, Anaheim Street, Pacific Avenue and Sixth Street, Day said. The filmed pursuit stopped at the intersection of Linden Avenue and Broadway where the scene appears to show Downtown restaurant Thai District and a street sign reading “Ocean Bl” in the background of the long shot. 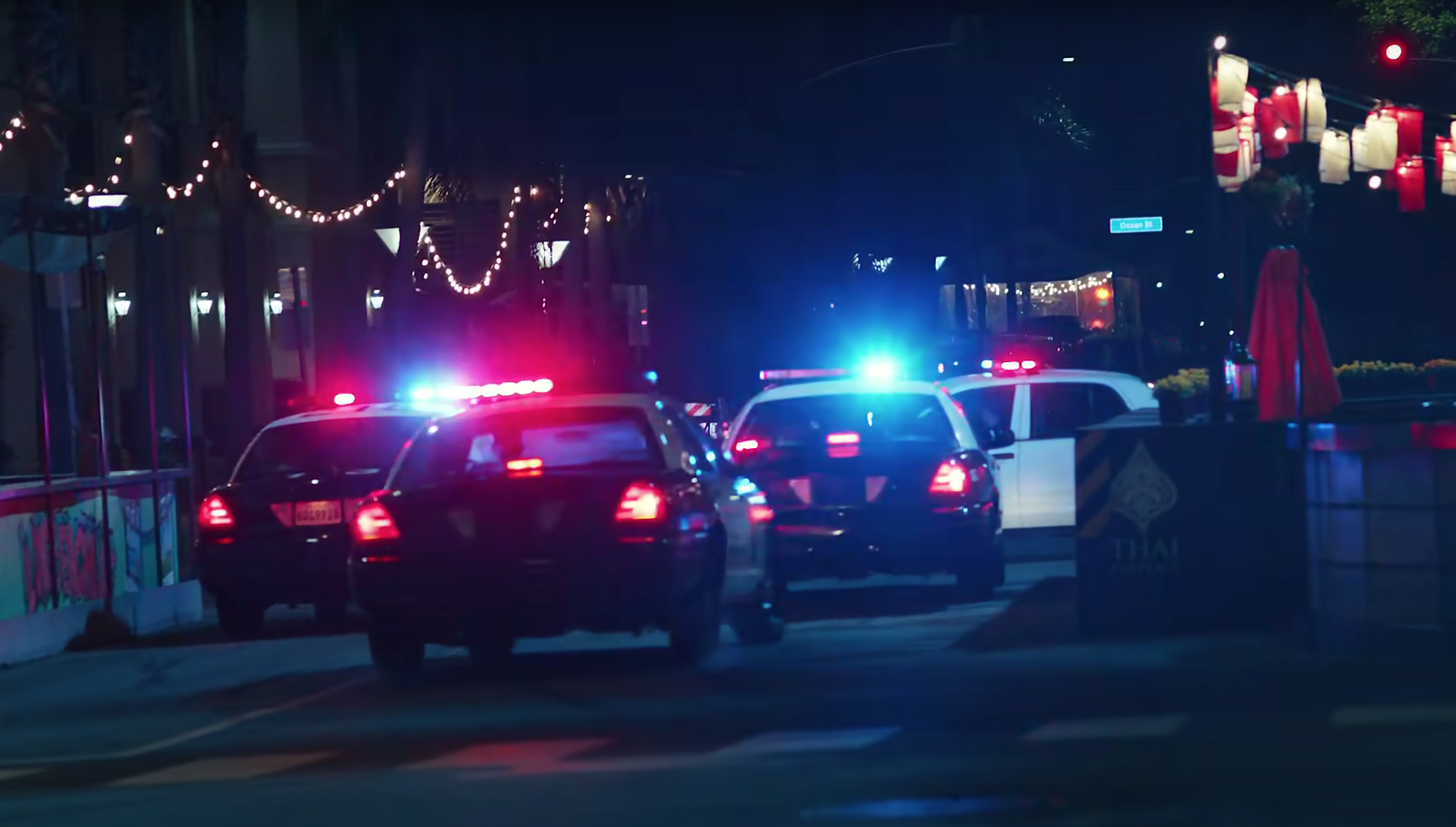 A screenshot of a scene that shows Downtown restaurant Thai District and a street sign reading “Ocean Bl” in the background of the shot for Justin Bieber’s music video for his song, “Hold On,” which premiered on March 4, 2021.

Unfazed by Bieber’s international popularity, Day said she’s used to seeing big stars all the time, but seeing the footage come to life on screen is “amazing.”

“When you watch it in the actual video compared to filming, it’s pretty cool to see how it turns out,” she said.

More shots took place at Community Hospital, including one in the courtyard in front of its iconic fountain where Bieber is seen leaning on a motorcycle.

Filming dates for the music video were on Feb. 9 and Feb. 10, which spilled onto Feb. 11 as it took place overnight, Day said. On those dates, driving and street shots took place between 5 p.m. and 3 a.m., according to Day. Filming at Community Hospital, specifically, took place between 2 p.m. and 10 p.m. on Feb. 9, she said.

Directed by Colin Tilley, the music video for “Hold On” tells a story about a couple (starring Bieber and Christine Ko) navigating the financial costs of treating what appeared to be cancer in the woman played by Ko. The man, played by Bieber, ends up stealing from a bank with hopes to pay for her medical bills.

The Canadian singer-songwriter premiered his music video on YouTube on March 4, and as of Monday, it had garnered more than 31 million views.

The single, “Hold On,” is the ninth song included in Bieber’s latest album, “Justice,” a 16-track album he released earlier this month. The album reached No. 1 on the Billboard 200 chart, according to a Billboard report.

Bieber’s album is available for listening on platforms including YouTube, Spotify, Tidal, SoundCloud and more.