Opera on demand? LBO's new artistic director has the expertise to lead pandemic-era of opera • the Hi-lo
- ADVERTISEMENT -

When Andreas Mitisek announced in 2019 he’d be stepping down from his 17-year-long career as Long Beach Opera’s artistic director in 2020, the company knew it would be a challenge to replace the lauded artist.

LBO’s reputation for putting on some of the most innovative and experimental operas, oftentimes staged in unconventional locations—the 2008 performance of Ricky Ian Gordon’s “Orpheus and Eurydice” staged in the Belmont Plaza Olympic Pool being one of the more memorable—was largely thanks to Mitisek. But when the coronavirus made its debut in March 2020, upending all live performance industries, LBO knew that their new director would not only need to be innovative artistically, but logistically as well.

Taking up the mantle as LBO’s third artistic director in the company’s 41-year history is James Darrah, a Los Angeles-based director, designer and filmmaker whose recent work producing digital classical concerts and film-adaptations of operas has suddenly made him one of the most sought-after opera creatives. Darrah, whose official first day began Monday, is expected to stay with the company until at least the end of 2024, LBO said.

“James possesses a talent and expertise for combining beautiful, powerful aesthetics with a true musical sensitivity that is, in my opinion, currently unmatched in the opera industry,” Jennifer Rivera, LBO’s Executive Director and CEO said in a statement. “But in addition to his talent as a director and designer, he has demonstrated that he is also truly a creative visionary with the ability to understand the ways in which opera can remain relevant for a 21st-century audience.”

At only 36, Darrah had already made a name for himself in the opera world; his affinity and talent for producing live contemporary works includes credits as a producer, director, and designer with some of the most distinguished opera companies and theaters in the U.S. and Europe. A particular high-point being the Los Angeles Opera’s 2018 world premiere production of Ellen Reid and Roxie Perkins Pulitzer-winning opera “prism,” which Darrah developed and directed.

While his foray into acting and directing calls back to his undergrad years at the University of La Verne, Darrah pursued his MFA in directing from UCLA, where he is currently a faculty member at the university’s School of Theater, Film and Television. Fusing his love and eye for film into live operatic productions has been one of Darrah’s distinctive talents.

So when stages went dark in 2020, Darrah was poised to pivot his work toward a digital landscape, which made him very popular. And busy.

In the last six months alone, Darrah has generated a wide range of cinematic digital content for Opera Philadelphia, Boston Lyric Opera, and the Los Angeles Chamber Orchestra—and those particular ones are just a snippet of his recent projects.

With Opera Philadelphia, Darrah claims credits as producer and screenwriter for the film adaptation of the rock opera “Soldier Songs” by composer David T. Little. The Boston Lyric Opera’s fully animated feature-length film of Philip Glass’ Edgar Allan Poe opera, “The Fall of the House of Usher” was envisioned and directed by Darrah.

As the Los Angeles Chamber Orchestra’s Director of Digital Content, Darrah championed its new 16-episode streaming series, “Close Quarters” which pairs classical music with cinematic visual art. On YouTube alone, the series has raked in hundreds of thousands of views.

In their desire to embrace a new, digital audience, Long Beach Opera is no different. The group has long worked to make opera more accessible and inclusive to the community. Those ideals, Darrah said, align with his own.

“If opera is going to stop being a niche art form and treated as an exotic thing…we have to start reimagining how opera is consumed,” Darrah said. “We all know what it means to go watch a streaming program…opera needs to harness that that’s a reality of our world.”

To be clear: Darrah is not interested in abandoning live performance. And yes, for all the purists out there, it’s true, there is no replacement for the visceral, unique magic of live opera. But Darrah believes that now is the time to embrace a style of opera that viewers might feel compelled to binge just as they do on Netflix or HBO: narrative works, designed for the screen.

“If you’re an artist, last year was pretty awful and devastating, for all of us, [but] especially if you’re working in opera, which is one of the professions in the U.S. that isn’t really happening right now,” he said. “Let’s be part of the solution, generate projects, jobs and work with people who have really interesting things to say and interesting viewpoints.”

“I think the future of that looks like we embrace the cinematic, and digital media side of opera to an even greater degree. And when we come back to live performances, those have to be a compelling reason to attend something live.”

Luckily for Long Beach, LBO currently has a live performance slated for May this year—what will be Darrah’s first directorial debut with LBO. The “Les Enfants Terribles” dance chamber opera by Philip Glass, as originally seen live at the ONE Festival in 2019, is being reimagined for a drive-in experience, where the production will be performed safely around the audience’s cars. 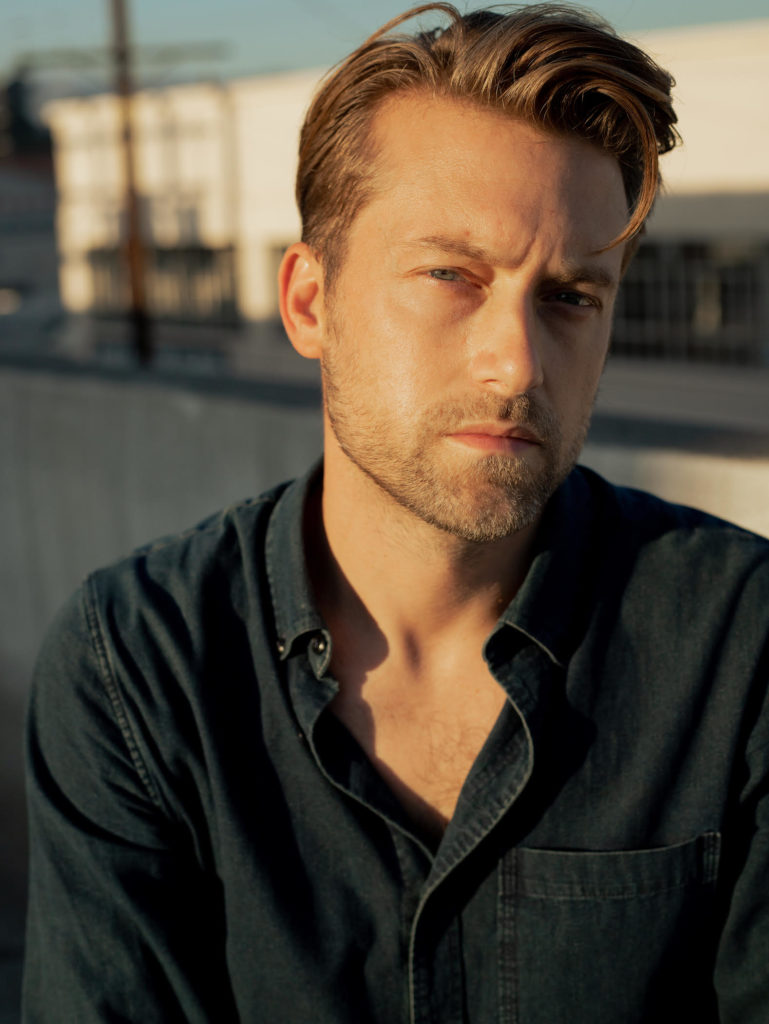 Darrah was born in San Antonio where he lived with his parents, but spent much of his time with his grandparents in Iowa. Through them, Darrah said, he developed a love for dogs (his long-haired chihuahua, Ru, his pride and joy) as well as theater and film. The former, from his veterinarian grandfather, and the latter, from his grandmother, Janet, a schoolteacher.

“My grandmother is just so theatrical, I don’t even know how to describe it,” Darrah said. “She was showing me films, giving me new books, encouraging me to read. It was kind of special between the two of us.”

Darrah settled in Los Angeles in 2006, and currently lives in Echo Park with his husband Alex Black, who is director of marketing for the dating app Grindr. While Darrah said he doesn’t plan to move to Long Beach for his new residency any time soon—he and his partner still have many projects that keep them in Los Angeles—Darrah said he’s enjoyed biking down to Long Beach to test the commute via the Metro. He tries to live as “green” as possible, he said. 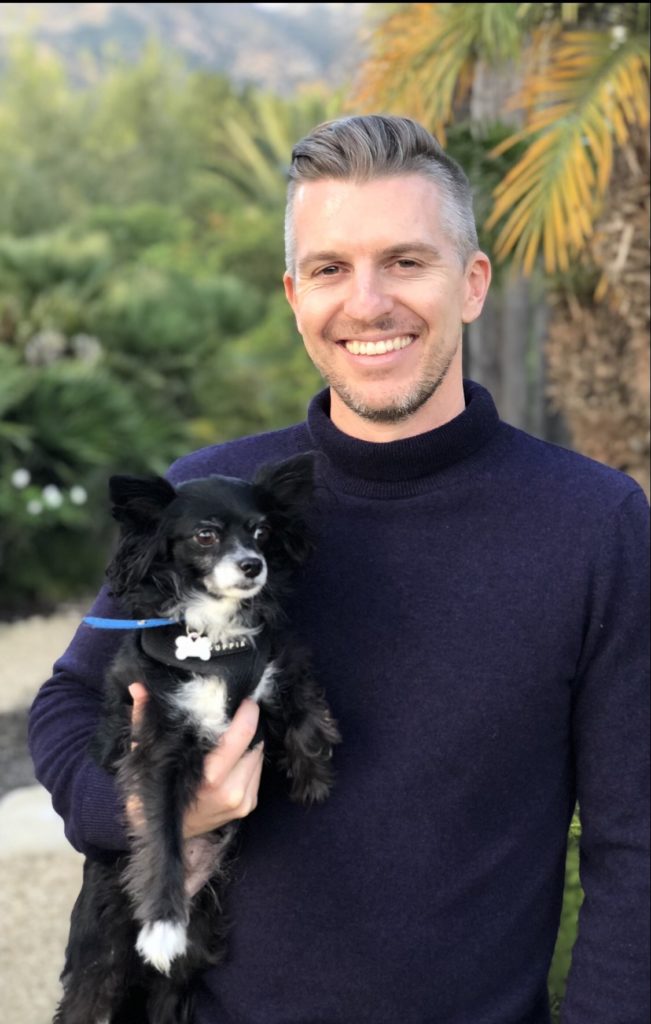 Despite the distance, Darrah said he’s going to try and be as present as possible in Long Beach Opera and added how proud he is that he’s working for such a progressive city.

“I’m so inspired by the mayor—who I’d really like to meet—and all he’s doing for COVID action, caring communication and LGBTQ representation,” Darrah said. “My husband and I are so proud I’m now working in a city with an out, gay mayor unafraid to meet the moment.”