Some foodies may balk at the idea of eating pig ears or chicken feet (adidas), but for chef Regina Samuel and other Filipino immigrants, it reminds them of home.

Dollar Stix Filipino Exotic Grill, a new restaurant that opened in December in West Long Beach, aims to stand out from the small bunch of Filipino venues sprinkled across the area with its signature street food.

As in any other country, there are always the least desirable parts of an animal that many people might not eat. Samuel turns them into kabobs or the star of an entree.

In the Philippines, she grew up in the Nueva Ecija province in Santa Rosa, a town about 64 miles north of Manila, the nation’s capital. There, Samuel and her family had a bakery restaurant where she served cuisine just like this. She learned the recipes from her father. 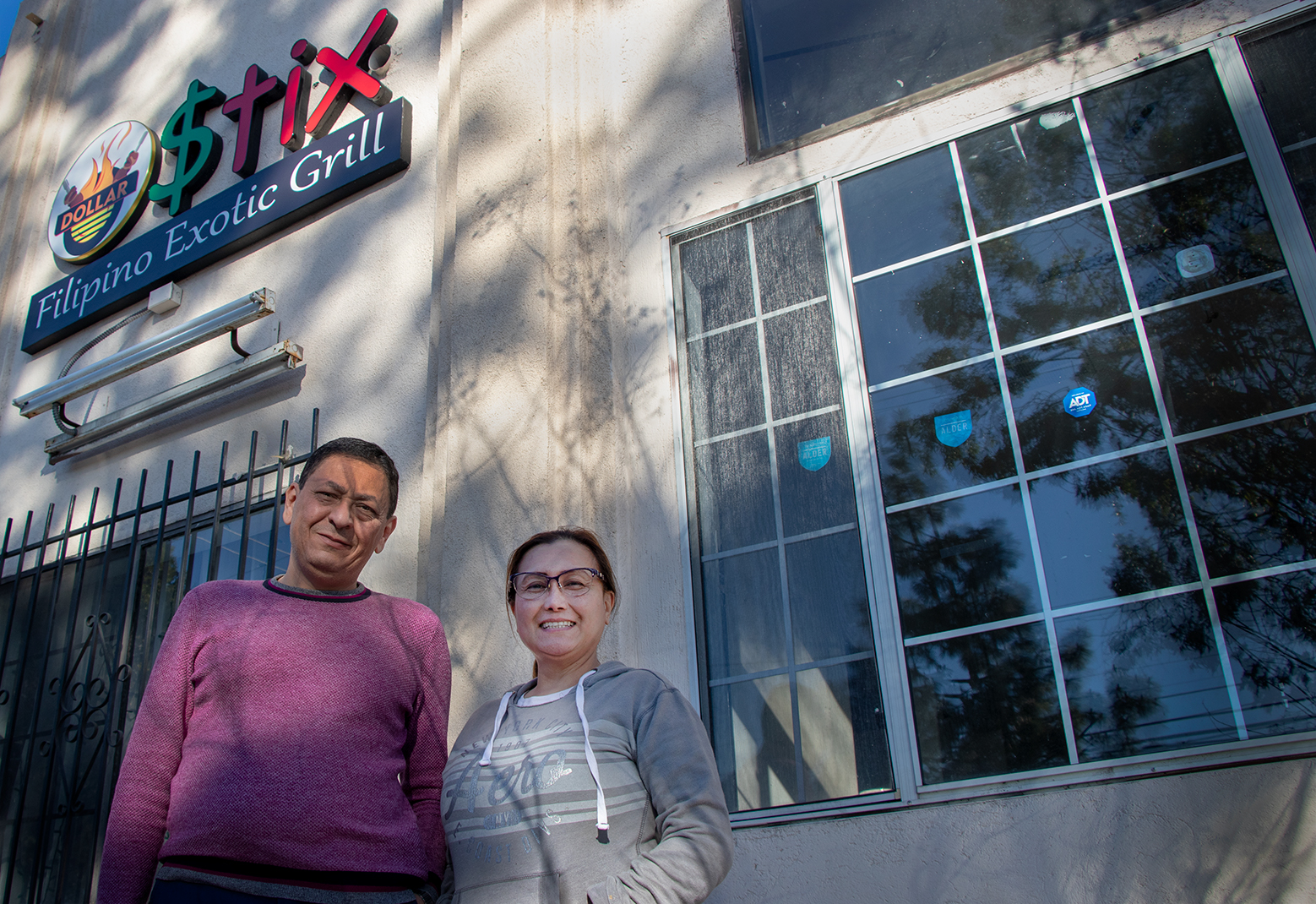 Akram and Regina Samuel, co-owners of Dollar Stix, outside their restaurant on Sunday, Feb. 21, 2021. Photo by Crystal Niebla.

“And when I brought it here, a lot of people liked it,” she said.

Her three adult sons loved her food so much, they insisted she open Dollar Stix.

One of her signature dishes is her veggie-stuffed squid.

She starts with chopping the veggie stuffing, which includes peppers, onion chives, white onion, garlic, salt and other “secret” ingredients. She slices a supple squid open to stuff it, then places it onto an open griddle.

Much like cooking tofu, squid has little flavor. So as she grills it, she dips a brush into a sauce and coats the squid for seasoning for about 20 minutes. While the restaurant doesn’t want to reveal the full recipe of the sauce, it includes ingredients such as soy sauce, sesame oil and other spices.

The body of the squid wasn’t too chewy, and the stuffing tastes savory and spicy—but not the hot kind, and the taste of soy sauce was always there.

Samuel said it feels good to see people enjoy food from her homeland. To make things more nostalgic, the restaurant opens at 3 p.m. and runs till 10 p.m., much like how the smells of grilled food disseminates across the streets of the Philippines at dusk. Many of her customers pick up her chicken adobo, a popular dish from the country. 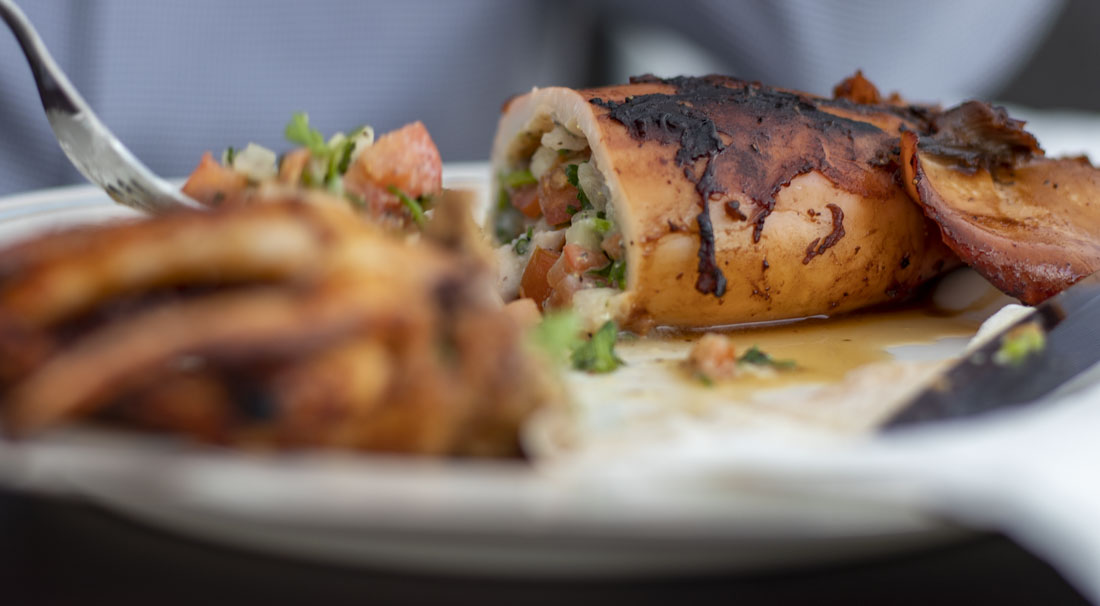 Regina Samuel’s signature squid is stuffed with a variety of chopped vegetables on a table at Dollar Stix on Thursday, Feb. 11, 2021. Photo by Crystal Niebla.

Currently, Samuel only has two vegetarian options on the menu. They serve sliced mango and their creamy-on-the-inside-crunchy-on-the-outside spring rolls, a perfect balance in texture, which are dipped in a sweet and tangy orange sauce. Samuel hopes to create a full vegetarian menu sometime in March, she said.

Samuel opened her restaurant in the middle of the pandemic. Despite that, she stuck with it. She sees great potential in a clientele as it’s situated on Santa Fe Avenue near Cabrillo High School and in an enclave of a Filipino community on the Westside.

“When you bring the real taste back home, that’s what they’re really looking for,” she said.