Cineworld, the parent company of Regal Cinemas, announced Monday it will temporarily suspend operations at all of its 536 Regal theaters in the U.S. starting Thursday, Oct. 8, due to the challenges of the coronavirus pandemic.

The decision affects approximately 40,000 employees across the U.S. and will have a significant effect on local business and moviegoers as the UA Regal Long Beach located at the Marketplace and Edwards Long Beach Stadium 26 & IMAX at Long Beach Towne Center will remain closed.

“This is not a decision we made lightly, and we did everything in our power to support a safe and sustainable reopening in the U.S.,” said Mooky Greidinger, CEO of Cineworld, in a statement. “We are especially grateful for and proud of the hard work our employees put in to adapt our theatres to the new protocols and cannot underscore enough how difficult this decision was.”

The continued closure of the UA marks an ongoing loss for local cinephiles. Though the Art Theatre also plays a majority of films that could be defined as arthouse, it has a single screen. The UA has six screens, offering multiple arthouse choices. Such variety is rare, even in Southern California, home to the film industry. Consider that to get such international and esoteric options, a moviegoer would now have to drive to Santa Monica or Westside LA. Another multiscreen arthouse is located in Irvine, the Regal Edwards University Town Center, but it will also be shutdown. 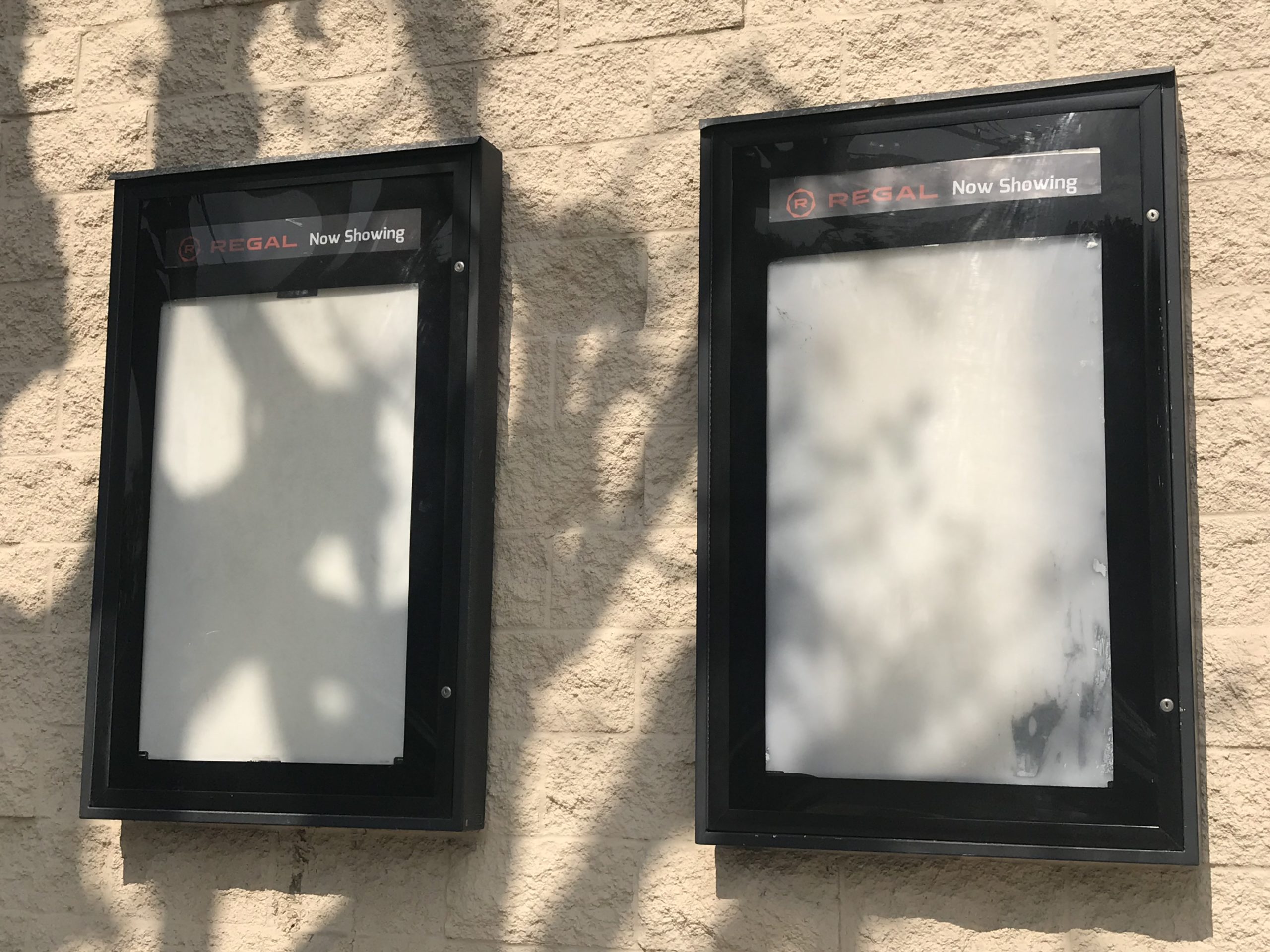 Blank marquees outside of the UA Regal Long Beach. Photo by Steve Lowery.

Kerstin Kansteiner, who, along with her partner Jan van Dijs, owns and runs the Art Theater in Long Beach—the last remaining independent theater in the city—said of the UA’s closure, “I think it’s sad,” saying she’d gotten to know the theater’s door greeter over the years.

“Just like the Art Theater, venues like [the UA] become much, much more than just a place where movies are shown and you go in a black box, and you come back out. There’s a community associated with that. And you meet afterward, and you have dinner and you talk about the film that you just saw. And I think they provided that probably more so than any larger chain because they, in recent years tended to show more arthouse films rather than the big blockbusters.”

At the end of a series of automated directives to reach Edwards Stadium by phone proved fruitless, a recording said the number was no longer in service. Asked by email how the theater’s closing will affect foot traffic and overall business at the Long Beach Towne Center, a representative wrote back: “Unfortunately, at this time we are not going to comment.”

Greidinger said that an inability to release highly anticipated films such as “No Time to Die,” the latest installment of the James Bond franchise, pushed back to the spring of 2021, has made it “simply impossible to continue operations in our primary markets.”

Craig Aronoff of Long Beach, who said he preferred attending films at the UA in the Marketplace rather than the AMC theaters located across PCH at Marina Pacifica because of easy accessibility, didn’t sound surprised by the closure.

“The trend seems to be to streaming now, anyways. I think it’s like retail, everything is just changing right before our eyes,” he said. “But [streaming] is a totally different experience. I’d rather see the big screen with the big sound. It just makes it an evening out. Makes it an event.”