Long Beach Opera is nothing if not adaptable. Whether thematically or geographically, the groundbreaking outfit has made a name for itself by never getting too attached to any one name/label.

Some may have argued that, in the past, this has cost LBO a certain amount of followers that would prefer a certain level of consistency when it comes to venues and styles. Of course, all LBO has offered is a consistent desire to go its own way, which has sometimes flummoxed and sometimes resulted in it being a launch point for something great such as last year’s world premiere of “The Central Park Five,” which went on to be awarded the Pulitzer Prize for music.

Now, as it becomes the first major local arts organization to announce an entirely new season, LBO’s adaptability is a positive strength allowing it to open its 2021 season with the previously planned, and canceled “The Lighthouse,” designed and directed by just-departed artistic director Andreas Mitisek and end with a world premiere of “Comet / Poppea” directed by Yuval Sharon, LBO’s Interim Artistic Director. 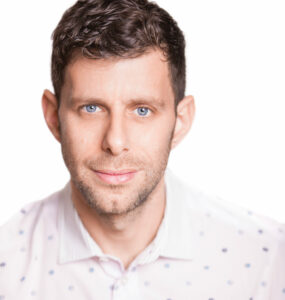 In between, in what Long Beach Opera is billing as its “Season of Solidarity,” will come the somewhat familiar, i.e. more Phillip Glass and the collaborative as Arnold Schoenberg’s “Pierrot Lunaire” is paired and performed in the same program as Kate Soper’s “Voices from the Killing Jar.”

In the end, collaborations are what distinguish the 2021 season, according to LBO executive director Jennifer Rivera.

“Every single production has multiple organizations and/or artistic leaders with whom LBO is collaborating, and we are also featuring a lot of LA-based talent that is brand new to LBO,” she said. “There isn’t a thread connecting the productions themselves necessarily, but just the idea that opera is a very collaborative art form, and we are really leaning into that with a lot of exciting LA-based organizations like The Wallis, and the Aquarium as partners.”

The Aquarium of the Pacific will be the site of LBO’s staying of Peter Maxwell Davies “The Lighthouse.” That production will be performed January 23, 30 and 31 in the Aquarium’s massive, state of the art Honda Pacific Visions Theater.

“We have been very excited about the Aquarium production, especially because it was almost opened and had to shut down,” Rivera said. “The idea of creating a new opera in a new space that hasn’t been used for that before is always thrilling, and as someone who already just loves the aquarium, and visits often with my seven-year-old son, I find the idea of creating art there particularly exciting. Additionally, I had the opportunity to attend some of the rehearsals in the space before the shutdown and Andreas has found really creative ways to utilize the space that I think will make people feel truly immersed in the experience.”

Next comes another Philip Glass creation, “Les Enfants Terribles” with music produced by a score featuring three overlapping pianos will be performed March 20, 27 and 28 in the Beverly O’Neill Theatre.

The Schoenberg-Soper pairing is intended to allow women to “reframe their own operatic portrayal” in a co-production, April 17 and 18 with The Wallis Annenberg Center for the Performing Arts in Beverly Hills. “Pierrot Lunaire” will be performed by Peabody Southwell and staged by Danielle Agami in collaboration with her internationally recognized dance company Ate9. Soper’s “Killing Jar” will be performed by Laurel Irene in a new production by LA-based director Zoe Aja Moore.

The season closes with Sharon’s “Comet / Poppea,” June 20, 26 and 27. The work, which examines the foundations of opera, has a libretto by Douglas Kearney, of The Industry’s Crescent City and Sweet Land. LBO is co-producing “Comet / Poppea” with lead producers Anthony Roth Costanzo and Cath Brittan of The Philharmonia Baroque Orchestra, and American Modern Opera Company.

“Although I was already planning a season of collaborations for LBO prior to the coronavirus, the new world we find ourselves in has given that emphasis on collaboration a new significance,” Sharon said. “So I am energized and humbled that so many artists and arts organizations, both local and national are so eager to join me and LBO in re-claiming our essential place in the life of this community.”