After a year of empty stages, the Long Beach Playhouse just closed its first in-person show of 2021, “Noises Off,” and is preparing for a busy season ahead.

For Madison Mooney, Long Beach Playhouse executive director, ”Noises Off” was an exciting return to in-person performances, as the show began its run in March 2020, and had two weekends left before the pandemic caused its premature end.

“I think it ended up being even funnier than the one we had originally in 2020, so it was great to have a big comedy to welcome everybody back to entertain and maybe take your mind off of the rest of the world for a couple of hours,” said Mooney.

Even as the theater was forced to halt its in-person performances, Long Beach Playhouse made sure to keep entertaining audiences from behind a screen rather than a stage. 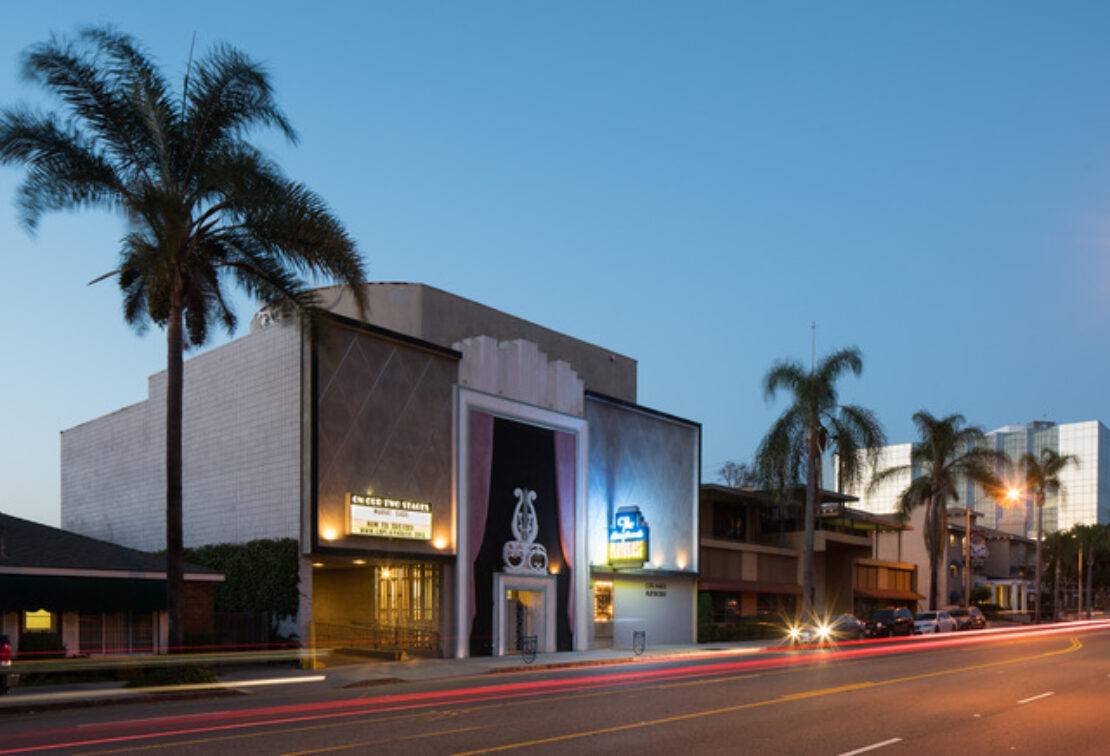 The Playhouse embraced social media challenges with a theatrical spin, such as a “Shakespeare monologue challenge” and “Musical Monday” events. The theater even put on a full-length Zoom production of William Shakespeare’s “As You Like It” (the five acts were spread out over the course of five weekends), and a Spanish version of “A Christmas Carol,” (“Un Cuento de Navidad”) posted on YouTube for free viewing.

“It was a weird thing to transition to,” said Mooney. “Live theater, it’s in the moment, the audience is next to you, you get feedback immediately, as opposed to just recording a video and putting it out into the void.”

WiFi issues and differing internet speeds added further challenges to the process, but despite the technical difficulties, Mooney found that virtual performances were able to increase the theater’s outreach, reaching audiences across the country who would be unable to attend an in-person performance, as well as patrons who are uncomfortable being in-person still.

Whether it’s in-person or virtual, the Playhouse, established in 1929, aims to balance its seasons with a variety of comedies, dramas, classics, and contemporary work.

“We look at things as a full season as opposed to just a show-by-show basis, so that everyone around in our community would want to see at least one of them,” said Mooney.

After a successful beginning to the 2021 season with “Noises Off,” the playhouse is now gearing up for their next production: “Sister Act: The Musical,” running from Oct. 23 until Nov. 20.

According to Mooney, the musical follows a similar plot as the 1992 Whoopi Goldberg film, but is instead set in the ‘70s, with a “disco pop” soundtrack.

“I love when we do a musical,” said Mooney. “It’s gonna be a really fun time for anyone coming out for the show.”

In addition to “Sister Act,” community members can also attend “Angels in America – Part One: Millennium Approaches” in the Playhouse’s studio theatre throughout October. The show was initially scheduled for April into May of 2020, and casting had just been completed when the pandemic closed the theater’s doors.

The studio stage will also host a collaborative series, performed by individual artists or other arts organizations throughout the next few months, such as “Miracle on Anaheim Street, A Comedy Variety Fundraiser,” benefitting the WomenShelter of Long Beach. The fundraiser will be held through a partnership with the improv group Held 2Gether on Dec. 4 at 7 p.m.

“As a nonprofit ourselves, we’re a community theater, so we’re here for our community, and all of our work is done by members of the community,” said Mooney.  “So, connecting with other nonprofits that are doing good work in the city, we want to just elevate and make sure that other nonprofits can also succeed.”

And as for the theater’s Christmas season, auditions for this year’s “A Christmas Carol” concluded Oct. 13, with upcoming performances throughout December.

Mooney said community members can look forward to the announcement of the theater’s 2022 productions, and she also hopes for the return of youth and adult education classes in the coming year. But in the meantime, she is excited to be getting the theater’s shows up and running, and is taking the full reopening one step at a time.

“The building had just been so empty and quiet. And so having people and noise and voices has been absolutely wonderful.”