Dezzie Gee waited his whole life for the summer of 2021.

That career hit a new peak over the last two months following the release of his album, “The Corner Store.” An upbeat party record, “The Corner Store” features a host of Long Beach friends and artists, and it built grassroots buzz throughout the summer, culminating in radio spots on Power 106 last week.

“The Corner Store” was the product of more than a year of writing and recording, and pulling in features with fellow local musicians like Huey Briss and Leota, as well as Compton’s Westside Boogie. Dezzie said it’s the longest he’s ever worked on a project, but he knew that this was going to be his breakthrough project. And while the COVID-19 pandemic was brutal for his business as a DJ, it did provide him with a unique opportunity.

“I’ve always put away any extra money from DJing towards recording, but what helped with this is I got a [Paycheck Protection Program] loan,” he said. “COVID actually helped in that one way with getting a block of studio time. It was hard because we couldn’t do anything live for so long but the PPP helped me with that.”

The breakthrough hit from the album, the one that’s been on Power 106 for the last week, is “’Nothin’,” a party track he recorded with Huey Briss that sounds like it was recorded live at a backyard function in Long Beach.

Produced by ANTDAWG and Nate Jetson, the track was recorded at Dirty Laundry in Bellflower. Dezzie said that when he heard the first two notes of the beat he knew it was going to be special. 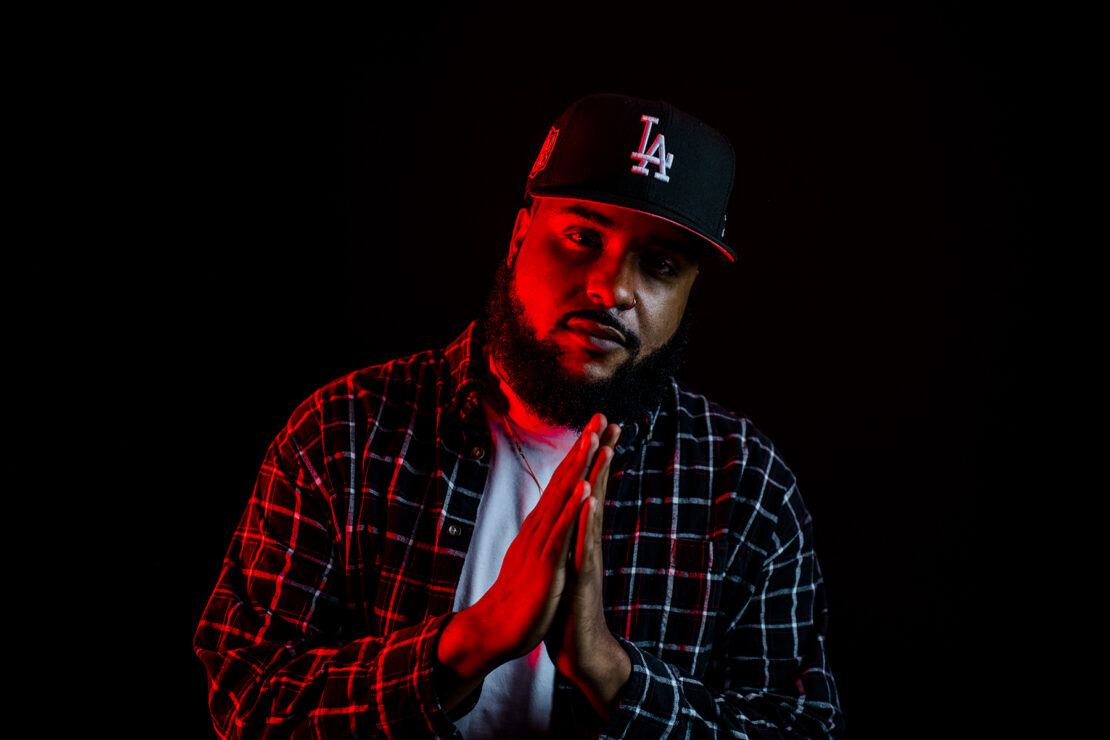 “I knew it was a hit, I knew it was a hit when the first two chords played,” he said. “I was like this is it! Me and Huey were freestyling to it, we came up with the melody right away for the hook, we made the song in less than an hour.”

He said the party feel of the track wasn’t an accident, either.

“It was one of our homie’s birthdays and there were a lot of people in there, the studio was electric, you could just feel it in the room,” he said.

The album as a whole has that same feeling of friends enjoying making music together, one that taps into the culture and history of Long Beach musicians, in all genres.

“We’re close to the water and it’s a little more laid back,” he said. “There’s still things that happen here, but after they happen it’s a party or a kickback to relax at. We’re the party city, it’s a vibe.”

He also said he’s proud to represent the next wave of Long Beach rappers coming out of North Long Beach, given that so much of the history of the city’s rap scene has centered around Eastside natives like Snoop Dogg and the 213/Eastsidaz era artists.

With Vince Staples the most popular LB rapper currently out and other Northsiders like Donnie Waters and Huey Briss releasing new projects, Dezzie said he feels like his part of the city is having a moment.

“Everyone bases Long Beach rap off Snoop Dogg and the Eastside, but we’re the Northside and we’re bringing our taste and flavor to the airways,” he said.

That’s also part of why he brought so many of his friends with him on “The Corner Store.”

“I grew up with Huey Briss, I grew up with Buddy, I DJ for Boogie, this album was like, ‘Hey pals, let’s go!’” he said. “We all push each other, that’s how it should be. It’s a community, we aren’t competing with each other, we’re supporting each other.”