The history of Amelia Earhart and her fateful disappearance while flying around the world is a famous story, but despite her household name, few know that the female pilot’s legendary career bears close ties to Long Beach.

Her first ride in an airplane, which cemented her obsession with the skies, was piloted by a local man named Frank Hawks. And when Earhart sought to learn to fly, another pioneering female pilot named Anita “Neta” Snook, who was working locally, taught Earhart everything she knew.

Connections like these, though seemingly small, are pieces of an intricate historical framework, one that reveals Long Beach as a launching pad for some of America’s most respected, accomplished and trailblazing female aviators. And now, a new documentary all about these fascinating women and their unique ties to Long Beach is set to premiere on PBS Tuesday, May 31 at 9 p.m.

The film “Hearts Above Clouds” was produced by the Cal State Long Beach production company Advanced Media Production and spotlights the lives and achievements of the many women pilots from the last century who’ve shattered barriers, set records, served in the military during wartime and performed solo around-the-world flights.

“There’s this long and rich history of female fliers who had some connection to Long Beach and it was amazing just how many of them there were,” said Dave Kelly, director of Advanced Media Production and the creator of the film. “I wanted to give credit where credit was due for the efforts of these very courageous, very brave, pioneering female aviators.” 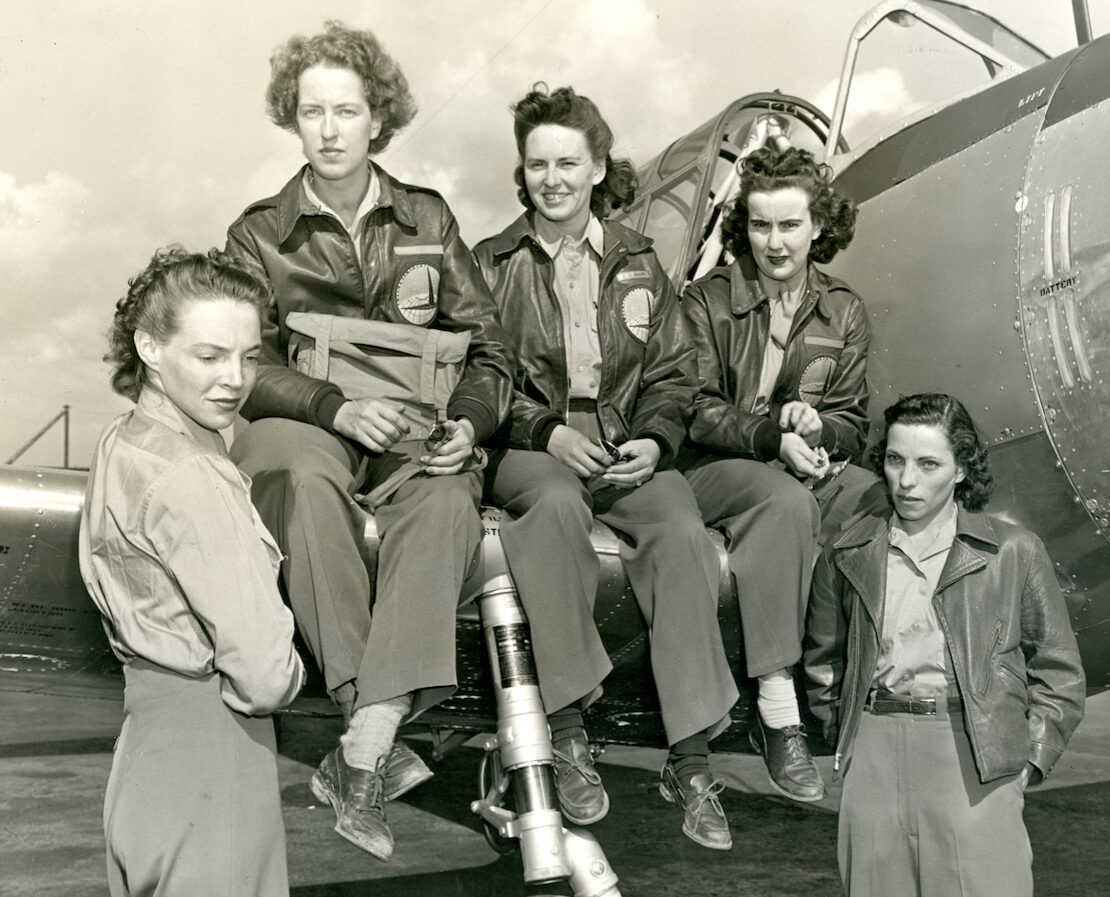 The idea for the “Hearts Above Clouds”, Kelly said, struck while working on another documentary that was also broadcast on PBS and nominated for an L.A. Emmy, “Sky Blue Sea.” The 2016 film explored Long Beach’s naval and aviation history.

“There was some mention of women pilots (in the film) but not a whole lot,” Kelly explained. “I realized that I could do a whole show just on the women pilots.”

Kelly spent the better part of his pandemic hermitage researching and crafting a script. In December 2021, 18 months later, the hour-long documentary was complete.

The film’s narrative is set chronologically, beginning in the 1920s up until the present day. Kelly designed the documentary to be comprehensive but does focus on a few key figures. Notably, it begins with Earhart, but also examines Gladys O’Donnell who, at 25, became the first licensed woman pilot in Long Beach.

Like Earhart, O’Donnell was also a member of the Ninety-Nines, an organization of female pilots created in 1929 to help support and further the cause of women in aviation. She would later go on to be the first governor of the southwest chapter within the organization. 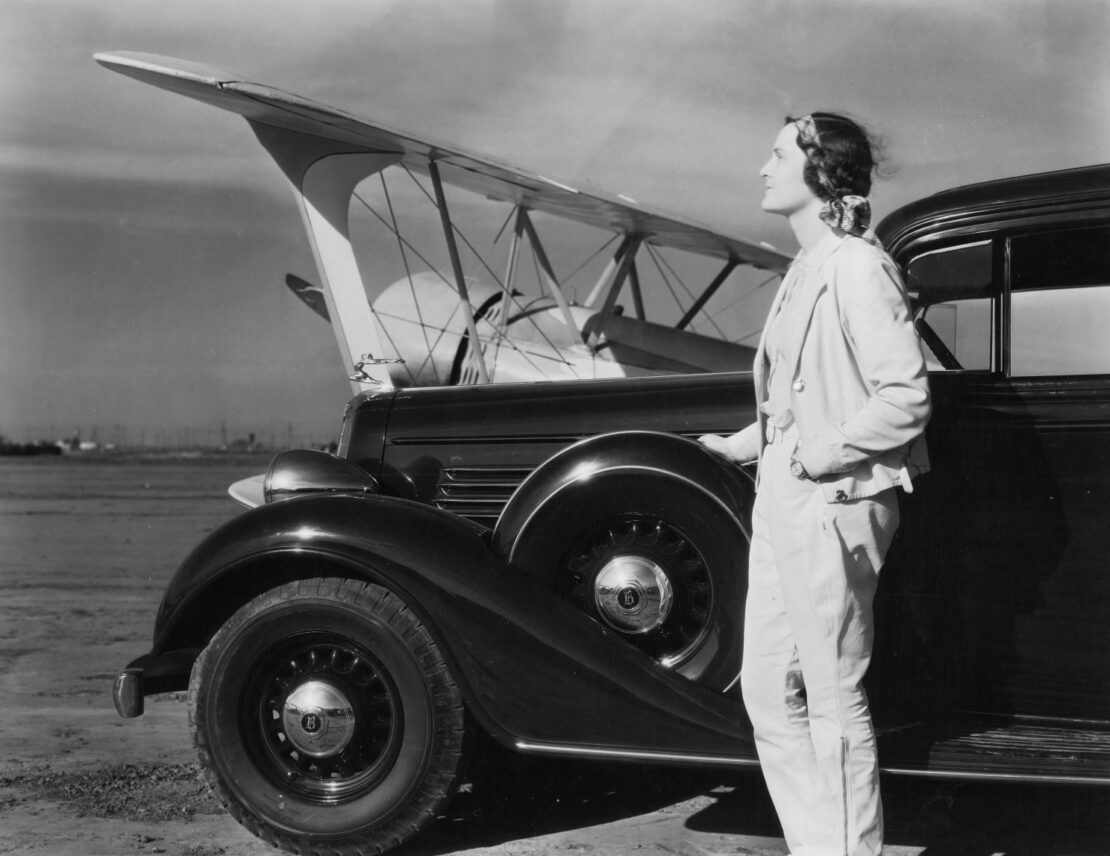 In the 1940s came World War II and with it, major changes in the social and economic landscape. Women were out of their homes and taking up jobs that had always been male-dominated, but with men on the battlefield, were now vacant. During this time, Long Beach Airport was transformed into a U.S. Army air base and squadrons of women dubbed the Women’s Auxiliary Ferrying Squadron (WAFS) were tasked with helping fly military aircraft from local factories to bases.

Leading one of those squadrons was Barbara Erickson-London, later known as Barbara London. For her efforts, she won the Air Medal, and was the only woman awarded one in WWII. Physically, her name lives on as a street at Long Beach Airport.

As history enters the 1950s, flying for sport was the fashion and one woman by the name of Fran Bera was the person to beat. Bera won the Women’s National Air Derby, more commonly known as the Powder Puff Derby by humorist Will Rogers, seven times. And another seven times she won the Palms to Pine Race, which went from Santa Monica to Bend, Oregon.

“Altogether she had something like 200 trophies that she won,” Kelly said. 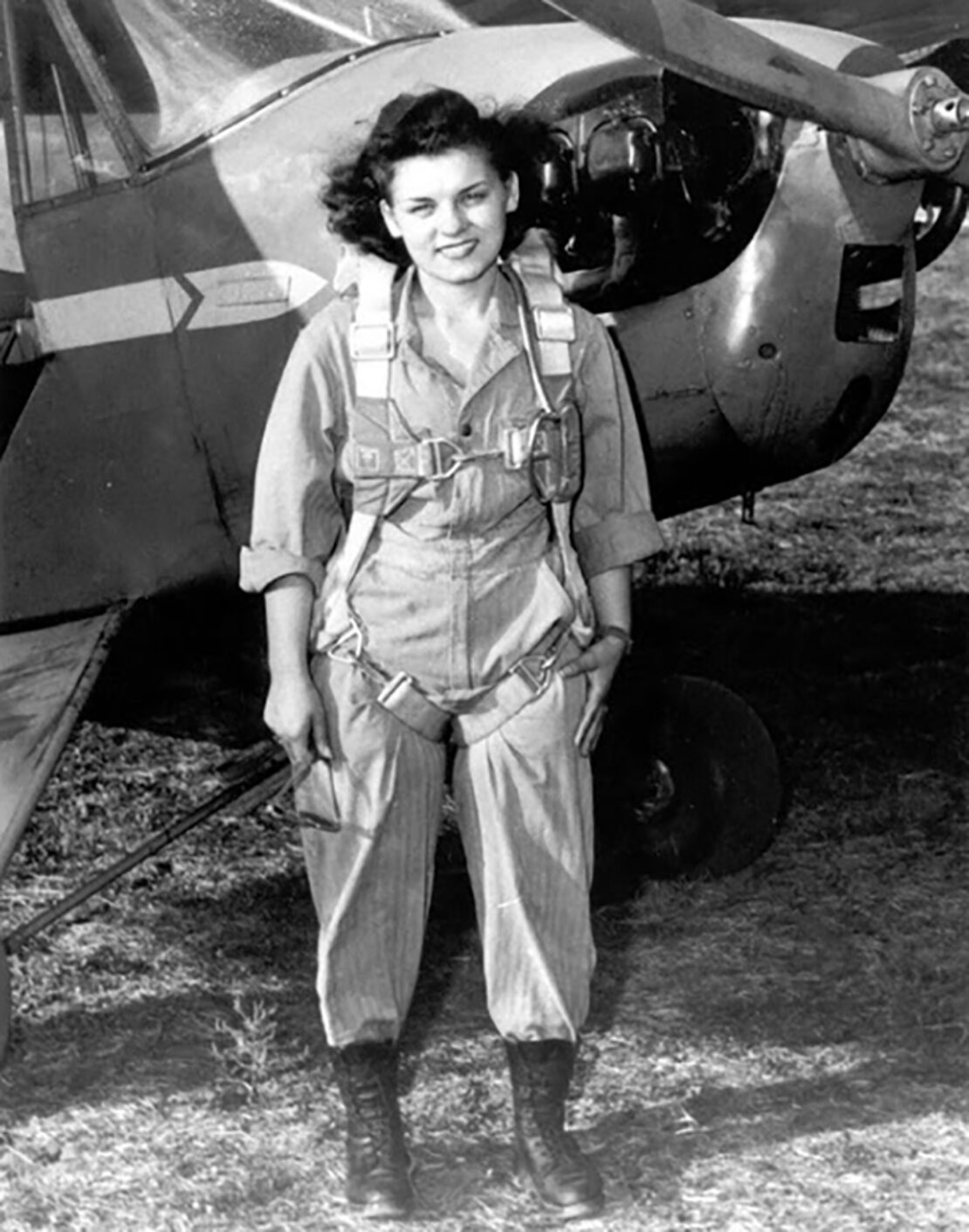 It wasn’t until nearly 30 years later that another pilot attempted the round-the-world flight Earhart had almost completed in 1937. This woman was Joan Merriam-Smith, whose husband was a Long Beach Navy captain. In 1964 she became the first person to successfully fly solo on the same equatorial route as Earhart.

“Hearts Above Clouds” promises to be an educational delight packed with incredible archival footage that captures the talent and spirit of these pioneering women, many of whom you’ve likely never heard of before.

Catch it on the Los Angeles PBS affiliate station KLCS (channel 58) at 9 p.m. Tuesday, May 31.