The popular local pastime that brings free movie screenings to the shores of Granada Beach is back this summer and now with more viewing locations. 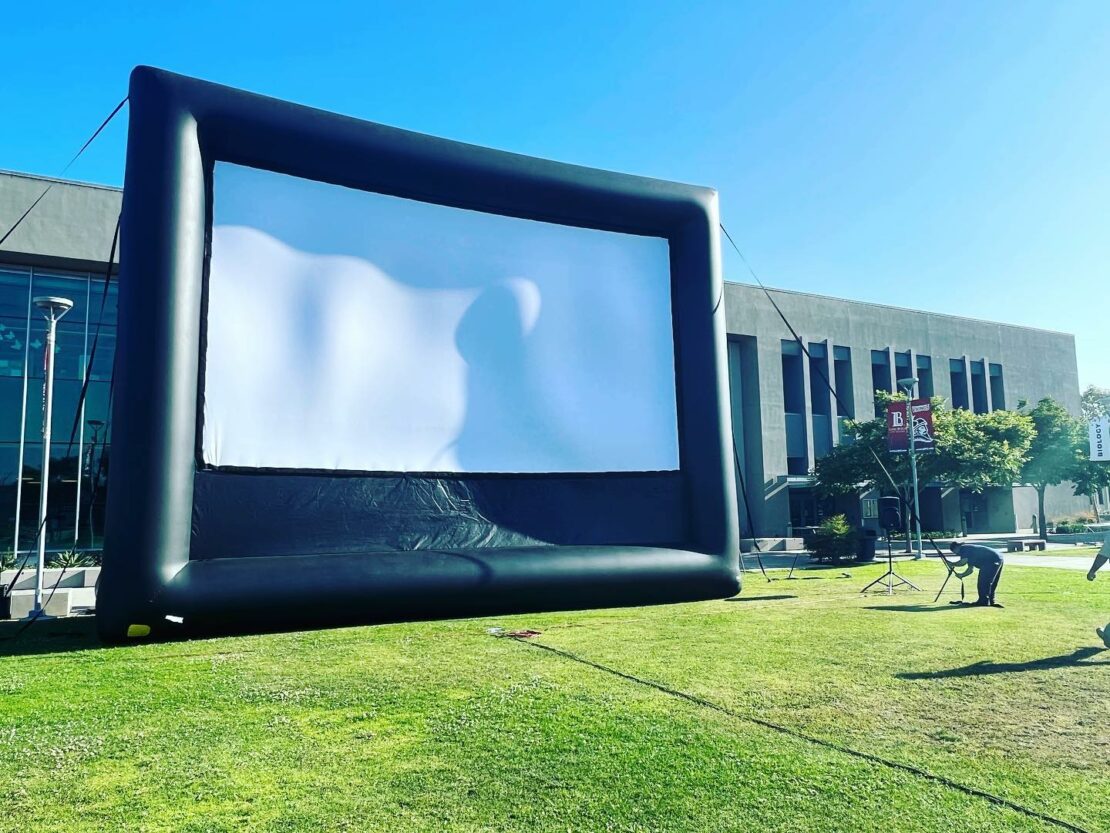 The movies will be shown at both the LBCC LAC and PCC campuses and projected on a giant inflatable screen. Photo courtesy Moonlight Movies on the Beach.

These new locations are possible due to a collaboration with the folks behind Moonlight Movies and Long Beach Transit, who wanted to expand its presence across the city in honor of its 20th anniversary. Both of the new locations are easily accessed through the public transit system.

“We aim to be as inclusive as possible with our events and that is why we are showing movies where people can get to them easily with Long Beach Transit’s help,” Kris Gragson, co-founder of Moonlight Movies said in a release.

As is tradition, movies will be projected on a giant inflatable screen and shown Tuesday and Thursday at sunset (between 8-8:30 p.m.) Local food trucks and kettle popcorn vendors will be on-site, but guests are allowed to bring their own food. Alcoholic beverages are prohibited.

For those who are driving: Parking is free at all locations after 6 p.m.

All shows are free to attend.