On this Juneteenth, educate yourself on the Black experience with these book recommendations from locals • the Hi-lo
- ADVERTISEMENT -

As anti-police brutality protests of all shapes and sizes continue into their third week in Long Beach, demonstrators have not only taken to the streets but dove into books to educate themselves on the Black experience, struggle and history, as have those who have watched the extraordinary events of the past few weeks.

In recognition of Juneteenth, which celebrates the end of slavery with education and reflection, we’ve reached out to local scholars and bookstore owners for their recommendations on a wide variety of topics, including revolutionary content, ancient civilizations and systemic oppression.

If you didn’t know, Juneteenth commemorates the day news of the Emancipation Proclamation finally reached Texas on June 19, 1865.

Though Village Treasures doesn’t really sell books—it is a gift and boutique shop filled with authentic African and world imports—Max and Femi have decades-worth of knowledge and thus a long list of book recommendations. At one point, they led study groups locally after getting inspiration from a 1988 trip to Egypt. They are currently part of the African American Cultural Center committee which is working to create a physical space in the city. 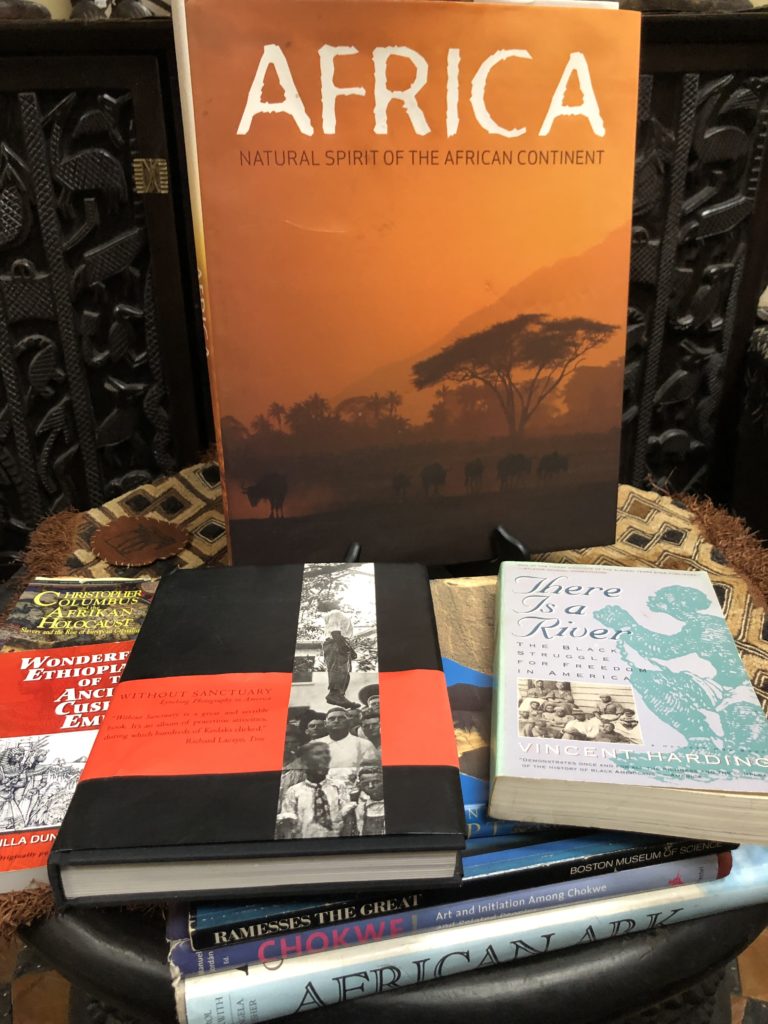 A selection of recommended books by Max and Femi Viltz of Village Treasures in Long Beach. Photo by Stephanie Rivera.

Renee sells everything from body oils, African art, beauty supplies and lots of books written about the Black experience and beyond. Those books have been flying off the shelves, so be aware that some of her recommendations may be in limited supply. “Publishers are scrambling to reprint,” Quarles said. Children’s books have also been popular recently. Quarles said since schools physically closed in March, she has had parents coming in wanting to purchase books for their kids. 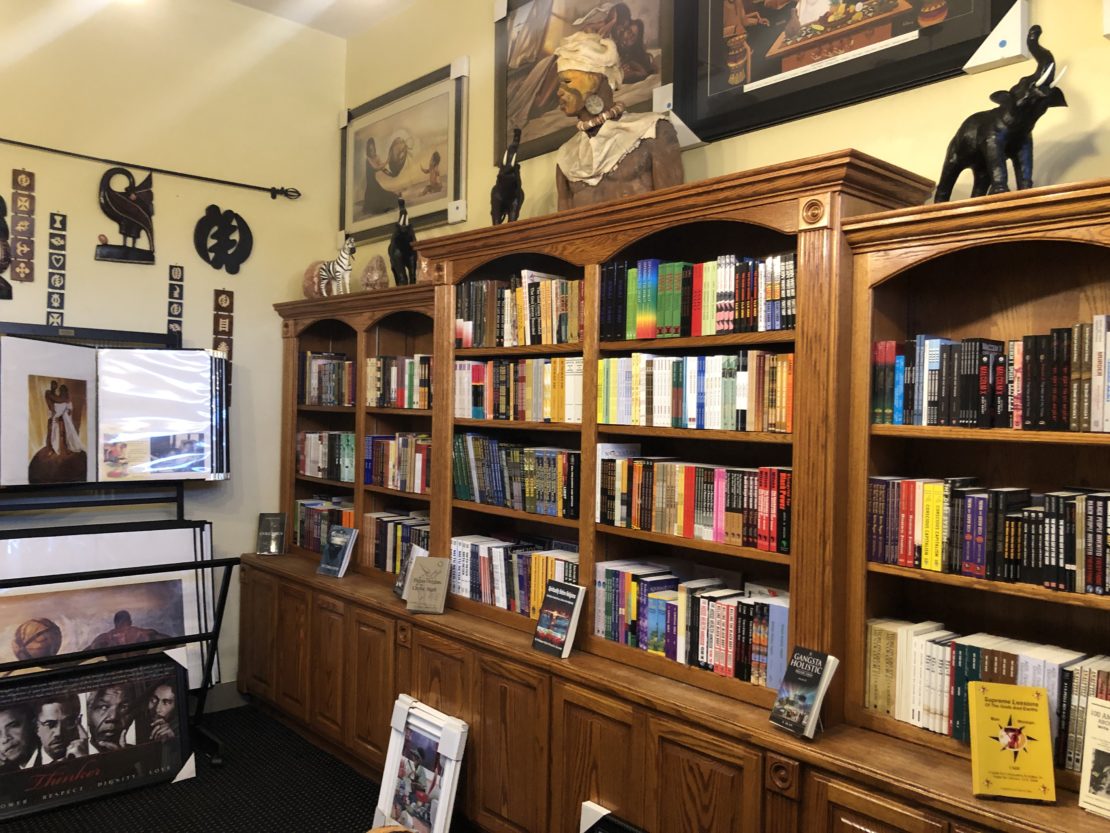 Books for sale at Shades of Africa in Long Beach. Photo by Stephanie Rivera.

Local artist and activist Senay Kenfe, part owner of the vintage clothing store, has been selling books online despite the temporary closure of Play Nice due to the coronavirus pandemic.

More books that I sold today knowledge is power pic.twitter.com/6HtbGd7yZp

Jhoanna Belfer not only owns a bookstore but is known for her exceptional talent of recommending books based on people’s tastes. She has provided us with Black-authored fiction and a link to the Black History Month Essential read on her Bookshop partner page. Find it here.

Note: Some of these books may not be readily available in print due to high demand.