A striking new mural by two local artists was recently completed on one of the city’s largest parklets—the temporary structures that have become widespread as a way to give restaurants the ability to serve patrons outside—by adding some fall colors and a vibrant look to the cluster of shops and restaurants just off Pacific Coast Highway and Anaheim Street.

Funded by a grant the Zaferia Business Assn. obtained from the Long Beach Community Foundation, the mural covers what organizers are saying is the city’s largest parklet. Guests of DiPiazza’s, Cafe Lorel and El Burrito Grill can now dine surrounded by artwork representing the fall season, with its red, orange, yellow and purple color palette. 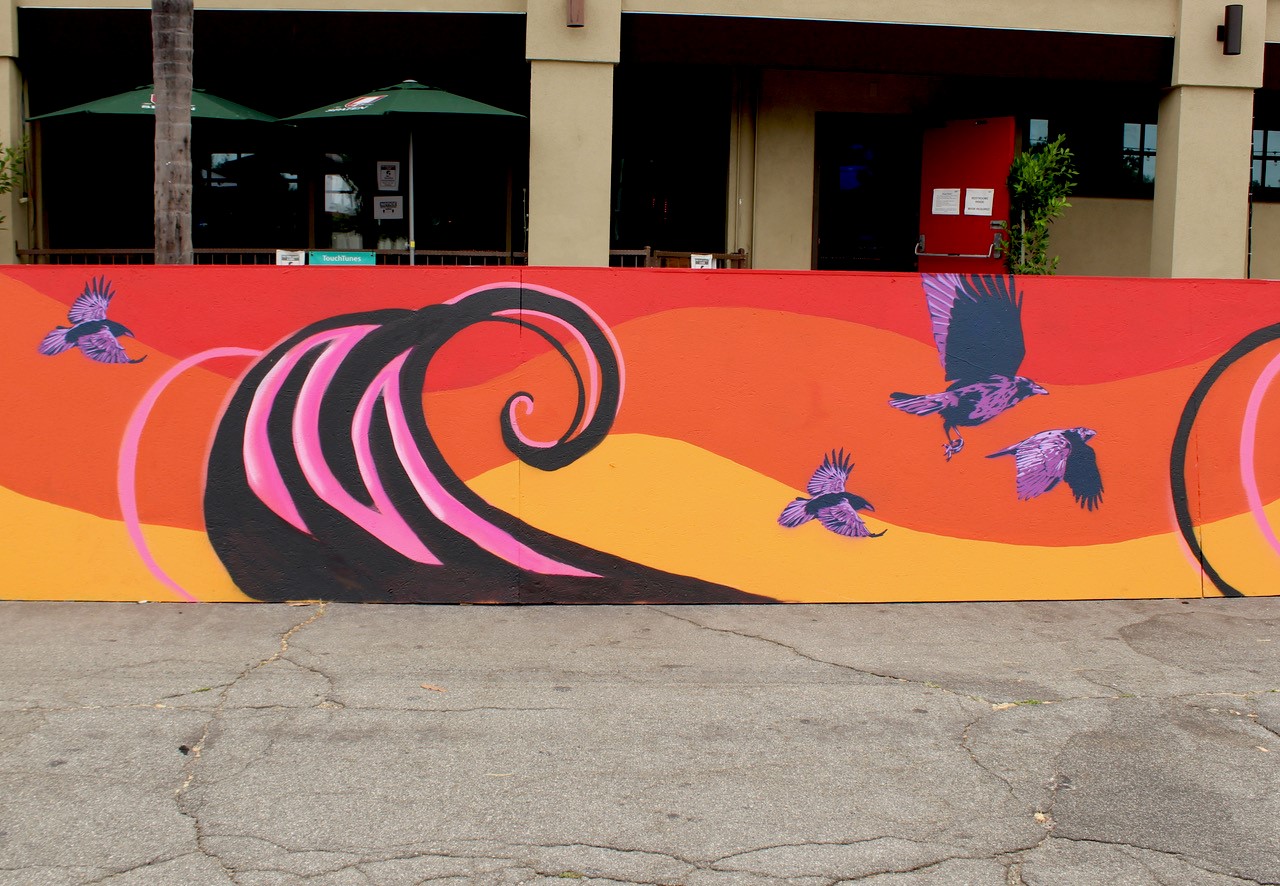 a new mural by artists Cody Lusby and Melanie Cristofaro on the parklet outside of DiPiazza’s. Courtesy the artist

Artists Cody Lusby and Melanie Cristofaro completed the mural just last week. The two met at Lusby’s studio beforehand to discuss the concept, ultimately landing on a mural combining their styles, instead of two distinct pieces. A reflection of the colors on the businesses next to the parklet, “the colors are moving in waves to illustrate our Santa Ana winds,” Lusby said.

Cristofaro’s glasses-wearing, femme fatale-like figure is front and center—the dark hair with its purple and pink shimmer floating outward along the temporary structure—representative of the artist’s larger body of work, which “usually revolves around empowering women and expressing bottled up emotions,” according to the artist’s bio. “My art tends to have a twisted/disturbing aspect to it, in hopes that it comforts or resonates with people that have this same uneasy feeling of this world.” 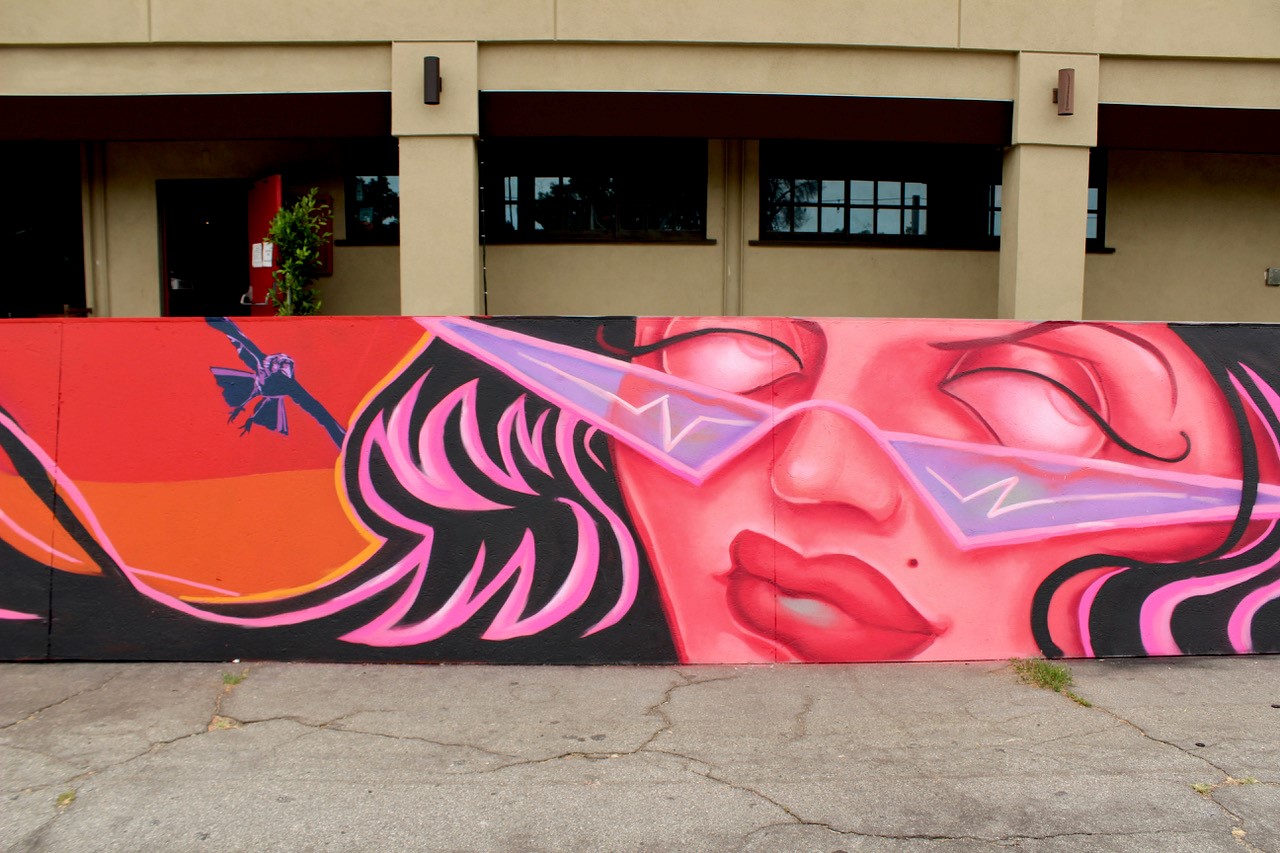 Detail of a new mural by artists Cody Lusby and Melanie Cristofaro on the parklet outside of DiPiazza’s. Courtesy photo

Lusby, who painted the crows, said the birds represent the season, but also the loyal patrons of Zaferia, since crows don’t migrate, but stay local: “The birds in flight also add movement along the parklet, drawing your eye along the 160-foot length to Melanie’s beautifully painted figure, and beyond,” Lusby said.

“I’m so glad Zaferia was able to connect with these two local artists, and that the Business Improvement District could support the arts sector during this time when so many arts and culture events have been disrupted,” said Madison Mooney, president of the Zaferia Business Association. 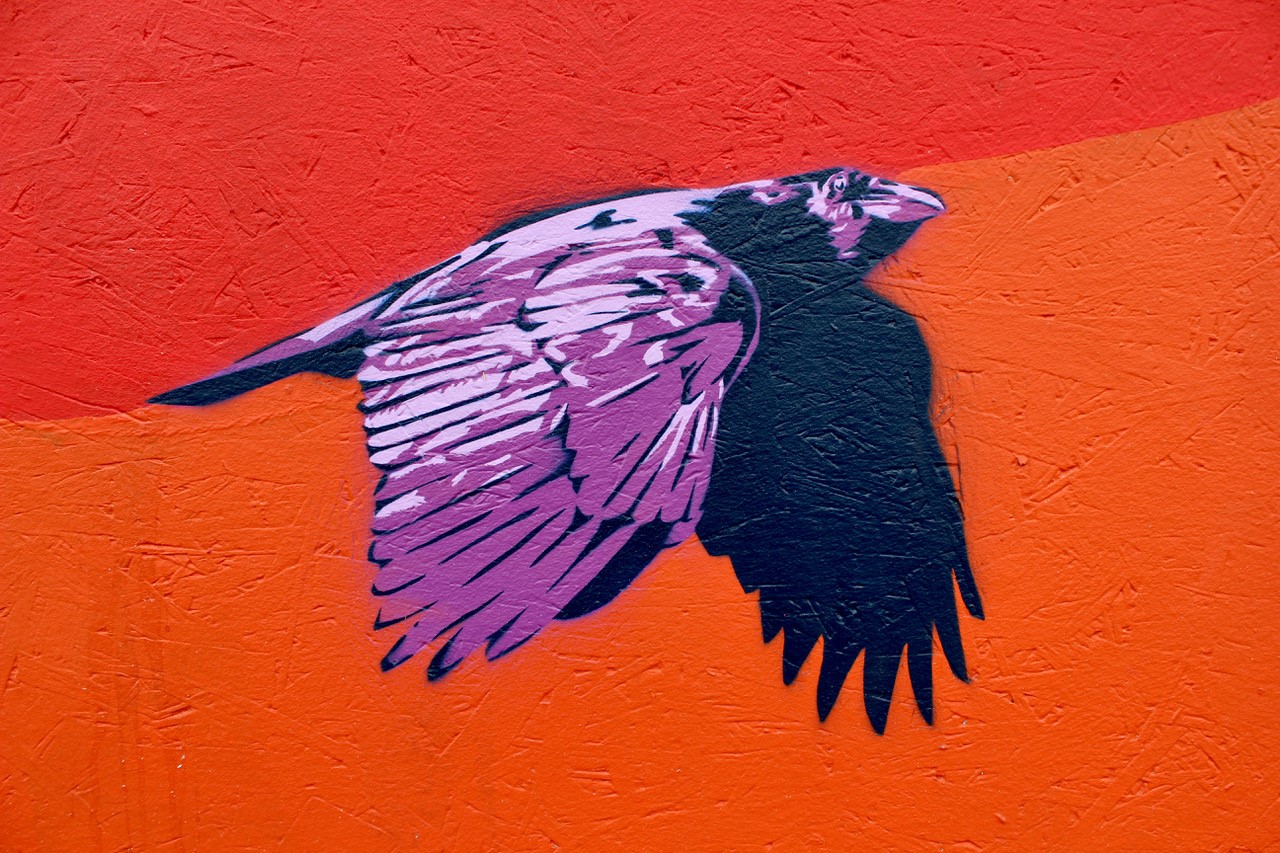 Detail of a new mural by artists Cody Lusby and Melanie Cristofaro on the parklet outside of DiPiazza’s. Courtesy photo

The parklet itself has become integral to DiPiazza’s staying open, one of Long Beach’s most beloved music venues which had to refocus its operations on the restaurant side of the business, with live music locations unable to host, well, live events indoors due to the pandemic.

Owner Steve Guillen, who took over after Mark DiPiazza officially retired in March, said the parklet has given the business “the ability to just about near the amount of seats we have inside. We’ve been able to recover really well with the parklet.”

So why not give the business-saving structure the proper Long Beach treatment, with a mural by local artists? 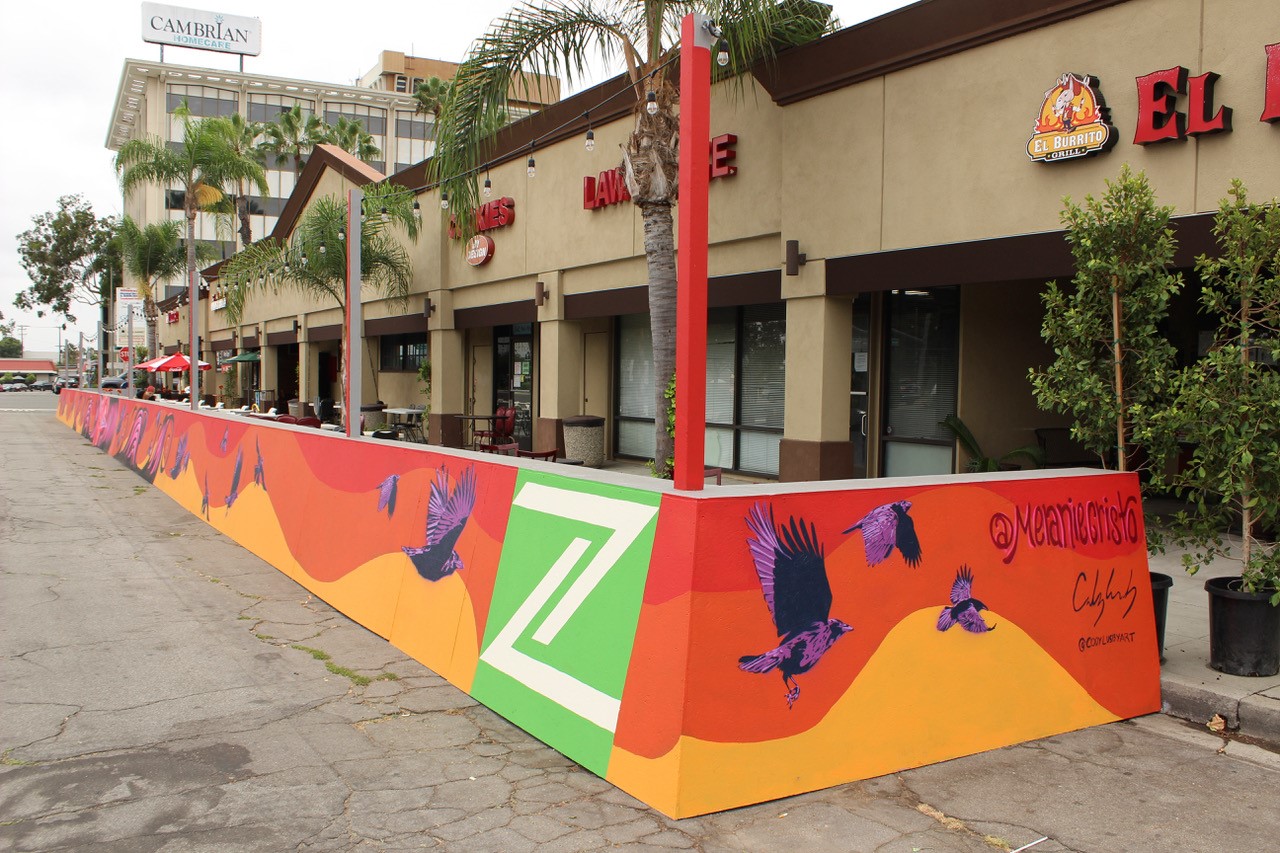 A new mural by artists Cody Lusby and Melanie Cristofaro on the parklet outside of DiPiazza’s. Courtesy the artists

“The new mural and parklet are a great addition for our business area,” said Mooney. “The painting is eye-catching and vibrant, while providing a space for the restaurants to operate safely under the current guidelines. The mural brightens up the area immensely, giving the whole street a very unique look.”