Rose Park has taken over what was formerly Cuppa Cuppa, a cafe, in the historic Cooper Arms Building on 455 E. Ocean Blvd., a 1,300 square-foot locale with ample patio space adjacent to the building.

“I’m excited about this location,” co-owner Nathan Tourtellotte said. “Just some of the response we’ve gotten already from people that are in the building, people walking by. They’re excited to have us down here.”

The menu also features milk and leaf teas and a modest selection of sweet and savory pastries, made from scratch at their roastery and in-house bakery on Seventh Street and Cherry Avenue. Unlike their second location at 800 Pine Ave., which features a dine-in bistro with a farm-to-table forward breakfast and lunch menu, the Cooper Arms space will focus on grab-n-go food such as salads, sandwiches, and other pastries Tourtellotte said.

The interior—envisioned by Ruthi Daughterty of Rad the Studio, who designed the aesthetic for Rose Park’s other locations and company logo—is bright and cheery, with white granite countertops, a diamond checkered black and gray tiled backsplash behind the counter and wood accents. Light streaming from large, ornate windows accents the walls painted light salmon, peach and teal. The color scheme, Tourtellotte said, was guided by the historic building’s exterior color palate. 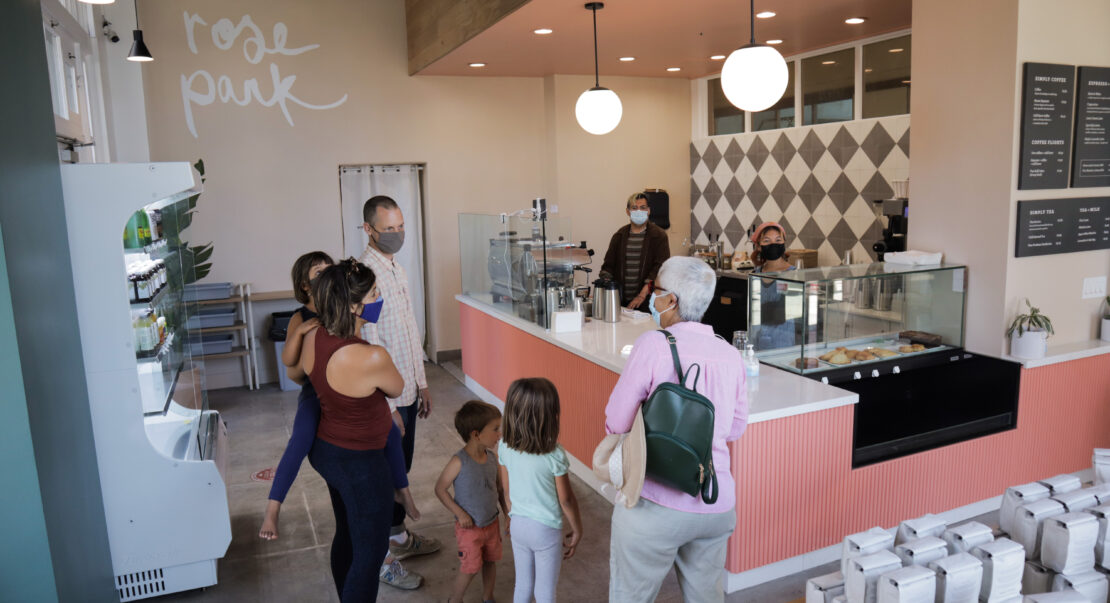 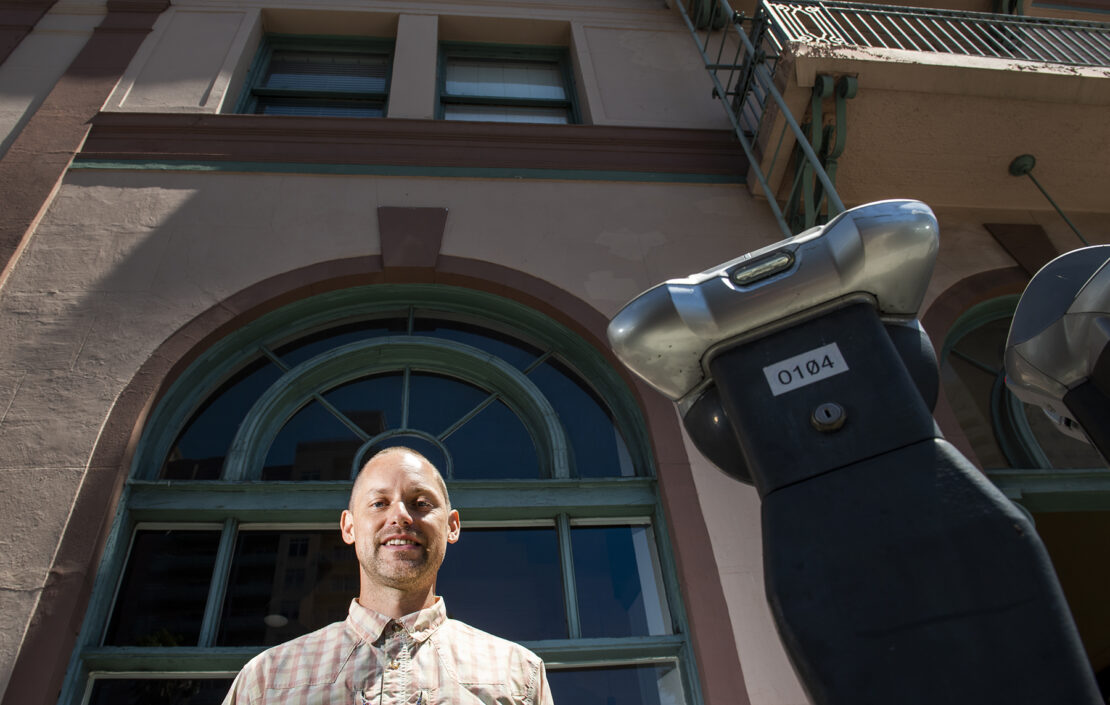 Tourtellotte said that opening up their third brick-and-mortar was a long-term plan, though landing the location inside Cooper Arms was only realized recently. As a bean supplier to Cuppa Cuppa, Rose Park was aware that Cuppa Cuppa was quietly looking for new buyers.

By the end of January this year Rose Park saw expanding to the Cuppa Cuppa location as viable and nailed down the paperwork just last month.

“It’s been a whirlwind,” Tourtellotte admitted. “There’s still a lot we have to work on.”

That work, in part, being an adjacent section toward the back of the shop that is still being renovated but once completed will offer more seating indoors for guests, Tourtellotte said.

Rose Park is not currently offering indoor dining at their new location or their flagship cafe on Fourth Street (the Pine location, however, does), but Tourtellotte said they plan on permitting indoor service at both locations, ideally by June 18. 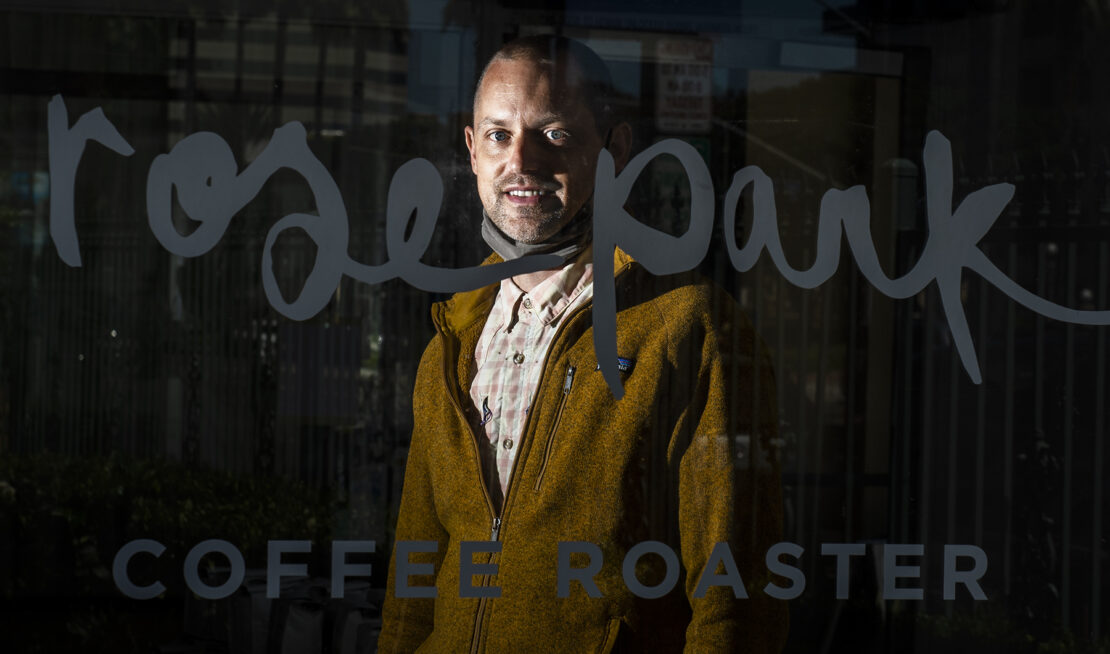 Though the advent of Rose Park’s new location is the cause for much elation, Rose Park also promises some exciting new food-related news. Rose Park on Pine Avenue will soon be reinventing its food menu with chef Melissa Ortiz at the helm. Ortiz was the visionary behind the menu at tiki bar Bamboo Club in the Zaferia District, as well as Sideburns (formerly known as Stache Bar) just outside of East Village.

In joining the Rose Park team, Ortiz will be ending her recent military work as the head chef for the United States Embassy in Afghanistan. Though Ortiz’s focus will be the Pine location, Tourtellotte said Ortiz will be designing much of the grab-n-go items to be featured at the new location at Cooper Arms.

Rose Park roasters began in 2009 as a bean-by-bike delivery concept by coffee roaster and fanatic Andrew Phillips—formerly a roaster for Martin Dietrich of Kean Coffee in Costa Mesa—who sought to flood a then-deprived Long Beach with specialty beans. He was successful. Phillips’ later partnership with Tourtellotte established the flagship retail cafe on Fourth Street, not far from Retro Row, in 2014. Then, in 2018, Rose Park added its second location on Pine Ave., which expanded its focus to include high-quality, farm-to-table food concepts.

Stay tuned for more from Rose Park by following their Instagram, here.

Rose Park Roasters at Cooper Arms Building on 455 E. Ocean Blvd will be open every day from 7 a.m. to 4 p.m.