The crew at Wille’s Tin Shop is busy sanitizing floors and bar surfaces, installing new shelves to hold bottles and repairing bar stools as the distillery in Cal Heights prepares to reopen this week with the debut of a new vodka, and the opening of a new tropical bar.

This is all happening on Tuesday, June 15—the day businesses across California can operate without capacity limits after the COVID-19 pandemic wreaked havoc on daily operations and routines across the state.

Visitors can get their first peek at Wille’s Tin Shop on Sunday, a few days before the official reopening, when the adjacent Roxanne’s bar will be hosting an arts and culture pop-up, Mi Vida Local Market, from noon to 4 p.m. During the vendor pop-up, Wille’s Tin Shop will be open to the public, offering free samples of their liquors to visitors.

Head distiller Forrest Cokely said they’re also reopening with the addition of four rescue cats—hired guns to fend off pesky rats attracted to the grains they use when distilling liquor. 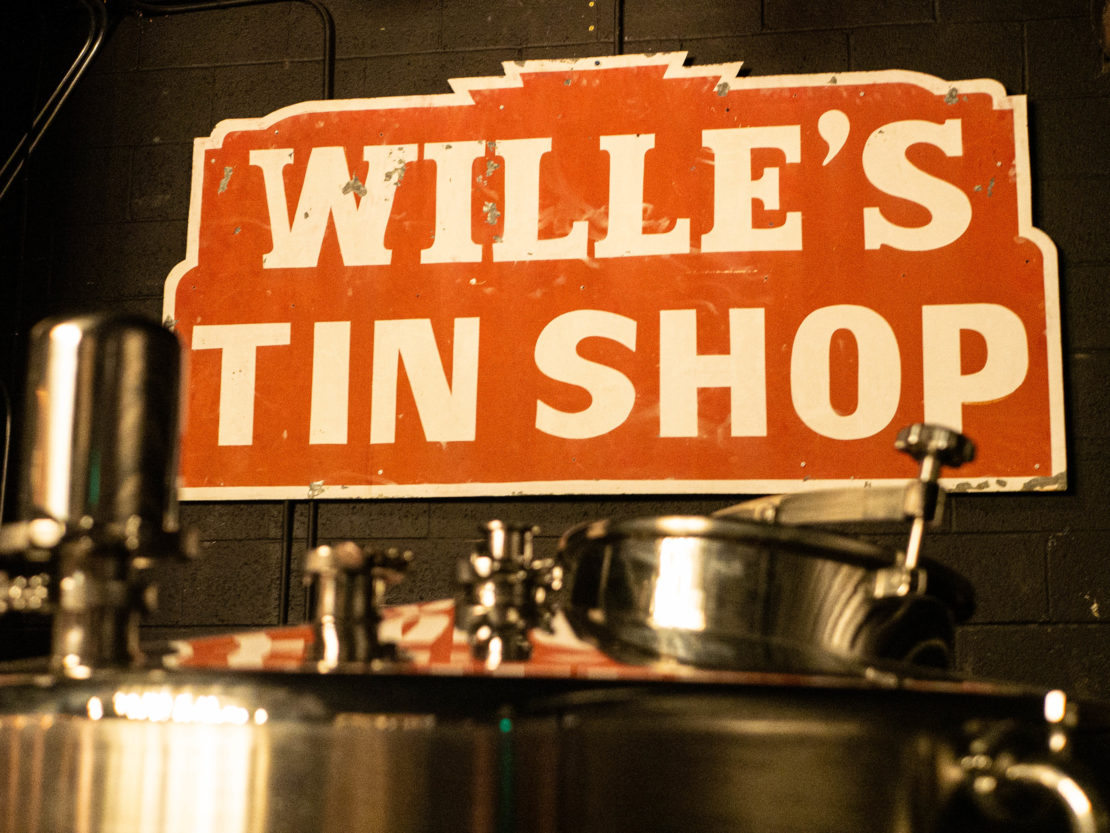 Part of the work to reopen involves converting the distillery back to its original purpose of making alcohol for consumption, rather than for hand sanitizer. The business, like others, had to get creative to survive a year like no other.

The distillery made about 2,000 gallons of sprayable sanitizer the past year, which it mostly sold in bulk to clients including Long Beach City College, UPS, hospitals and local organizations.

“It helped us pay the bills,” owner Robert Molina said. “It was a win-win for everybody.”

Wille’s Tin Shop doesn’t need to do much to its space to switch back to distilling liquor for drinking, though the process is more time-consuming for alcohol because it requires slow distilling and taste testing.

As they prepare to reopen, the distillers plan to debut a flavored vodka made from one of the last batches of strawberries—about 1,000 pounds—from the West Long Beach-based Ramirez Strawberry Ranch, which closed at the end of May. The debut of the vodka is just pending the drink’s label approval, said Cokely.

Rigoberto Ramirez Jr., who managed the ranch after his father died, said the bar owner Robert Molina reached out a few months back to use the strawberries in their drink in honor of his father.

“It’s nice to kind of memorialize him,” Ramirez said.

In addition to that, Molina said that he’s almost ready to debut Marie’s Tek-Tec, an outdoor tropical bar behind Roxanne’s. The bar has been in the works for years.

All he needs now, he said, is to hire about four staff members. Currently, he has about 20 workers, as some who were furloughed did not return.

Molina said that Marie’s Tek-Tec will be adding a few more decorations, including an animatronic monkey at the bar.

The two Long Beach distilleries stopped producing hand sanitizer when shortages calmed, and they still have some leftover bottles. Cokely said they’ve been using some of the roughly five cases left to sanitize the bar.

“We’ve been working on these projects,” Molina said about the anticipated reopenings, “and we can’t wait.”