What began as a mobile cart side-hustle out of his driveway blossomed into a community success story for Martin Luzanilla, head chef and co-owner of Mexihana’s Hibachi Grill in Central Long Beach.

In December 2020, with only $2,000 in his bank account, Luzanilla took a leap and invested in a “hole-in-the-wall” take-out only restaurant that would allow him to serve up Long Beach with his family-bred, Mexican-meets-teppanyaki plates of grilled meats, vegetables and garlic noodles.

“It was either pay my rent or, you know, get this gig going,” the 38-year-old said. “We opened up during the pandemic. People told me you’re nuts.”

No one is contesting the success of Mexihanas six months later.

“This [area] has been kind of a ghost town. It’s got a stigma of gang activity,” Tito Rodriguez, known locally for his charity work as Hood Santa, said. “He’s changed the environment. I see people from every race, every color come here …. to get them all to come here, to feel comfortable, he did that.”

Luzanilla grew up in the 6th District, down the street from their storefront on Pacific Coast Highway and Martin Luther King, Jr. Avenue, in the same block where the world-famous VIP Records store—widely considered to be the birthplace of G-Funk, Snoop Dogg, Warren G and Nate Dogg—was located.

He bounced around high schools across the city from Milliken to Poly and had a brush with the juvenile system before deciding to venture into the straight and narrow.

“Like most of us who grew up in the hood, the communities in underserved areas, we’ve all kind of been in the juvenile system or prison. I’ve been to juvenile hall,” Rodriguez said. “And he changed … that planted some kind of seed in his life to say, OK, I need to do something better.”

Luzanilla went on to start a family, worked in construction and as a tow truck driver with AAA for 13 years, then left it all behind to open up his restaurant with his brother, Manuel.

Their plan was simple: provide the masses with their grub and direct those funds back into their community.

“The 6th district is the poorest district in our city,” Luzanilla said. “Some of these kids don’t have what they should have, so to see a smile on a kids face is all the riches I need.”

From food and toy drives to school supply giveaways, Luzanilla said he’s done it all, and often with the help of Rodriguez, who will frequently use Mexihanas as the distribution center for his impromptu giveaways with his non-profit, Local Hearts Foundation. On Wednesday, June 9, Rodriguez showed up to Mexihanas with 400 pairs of sneakers and boots, handing them out to anyone who stopped by.

“Some people start businesses and do things to take, take take,” Rodriguez said. “It’s hard to find people that want to give back.”

“It’s not the rich people giving back,” Luzanilla added. “It’s us.” 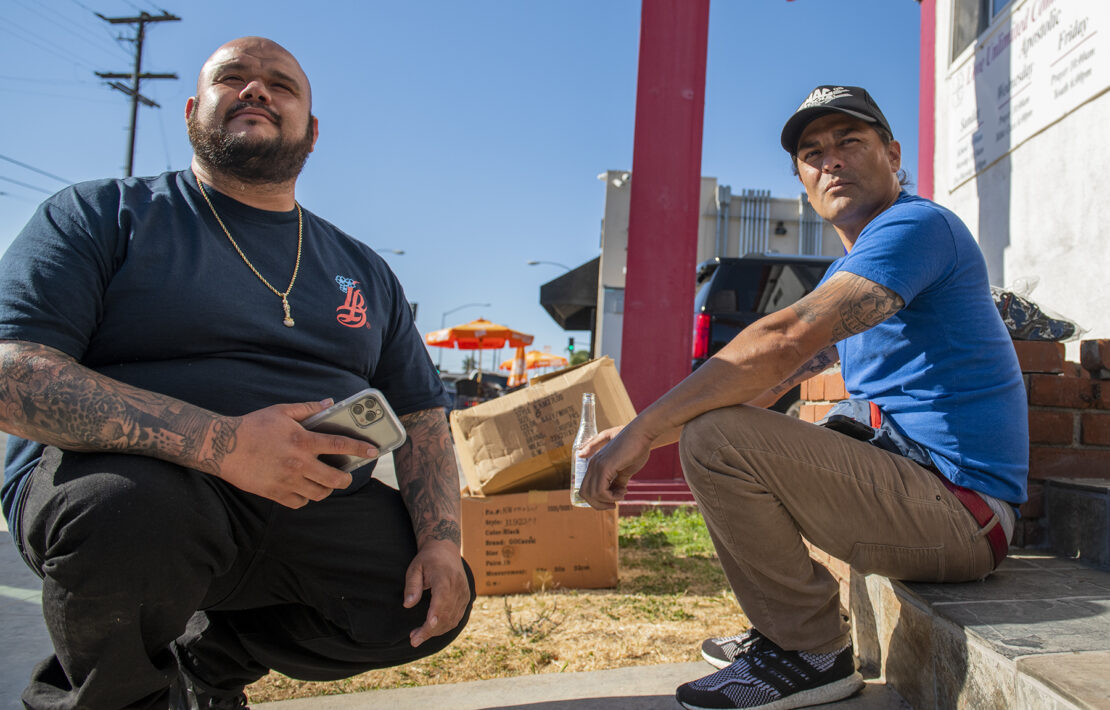 To address the glaring food desert surrounding his community, Luzanilla said he makes it a point to foster relationships with quality food distributors so that his ingredients are fresh, and his prices are low.

His menu ranges from $5 side plates to $36 combos such as “The LBC,” a two-person meal fit with hefty helpings of each item on the menu—grilled chicken, shrimp, angus steak, lobster, mixed vegetables, garlic noodles and fried rice.

Each meal is served with specialty sauces, made in house. A spicy mayo (commonly known in Hibachi circles as “yum yum”), pineapple teriyaki, garlic butter and a ginger lime.

The menu may also include tuna steak, New York strip and rib-eye steak, depending on what Luzanilla gleans from distributors. 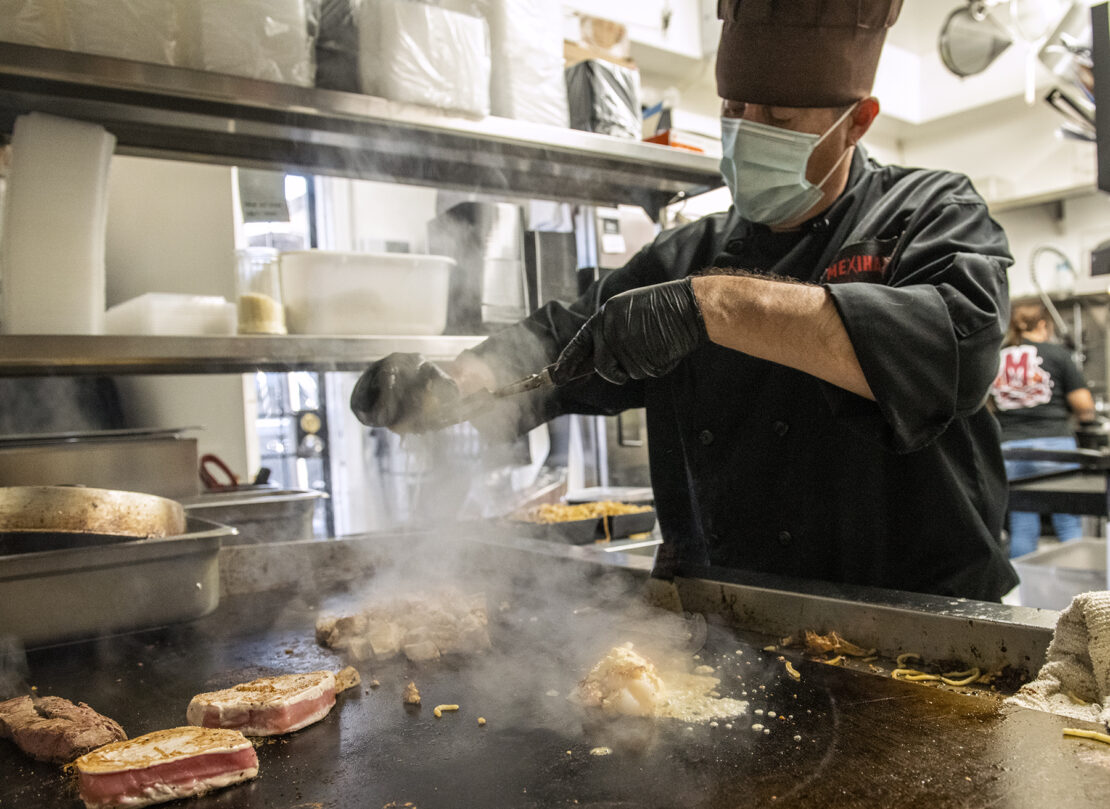 The Luzanilla brothers are the first in their family to own their own business and a successful one at that.

The first few weeks of operations, Luzanilla said there were lines down the street, many of whom were those who had followed the brothers through the months as they worked residential parties (even landing celebrity gigs such as comedian Jorge Lopez who, Luzanilla said, ordered “The LBC”). At their long-time pop-up at Jerry’s Place on Fourth Street, they would always sell out.

“I have people that pull up here in Ferraris and Lambos. They’re not from around here, but the food is good, and they’re going to travel for it,” he said.

Luzanilla admitted the direction his life took, though unforeseen, is nothing short of a dream.