Growing up with Jaliscan parents, seeing Latin food cooked so differently fascinated Agustín Romo, owner of Peruvian restaurant Casa Chaskis in West Long Beach. Peruvian gastronomy, for instance, has been heavily influenced by an influx of Asian immigrants to the region over centuries. These influences show through characteristics such as the use of woks while sauteing or stir-frying noodles and rice.

In love with the culture, the Long Beach native taught himself about Peru’s history and regions, he said. He also begged Ana Hiroko Narita, a Japanese Peruvian chef at the restaurant he used to work for, to teach him how to cook. As a term of endearment, he calls her Tía Hiroko, his aunt. 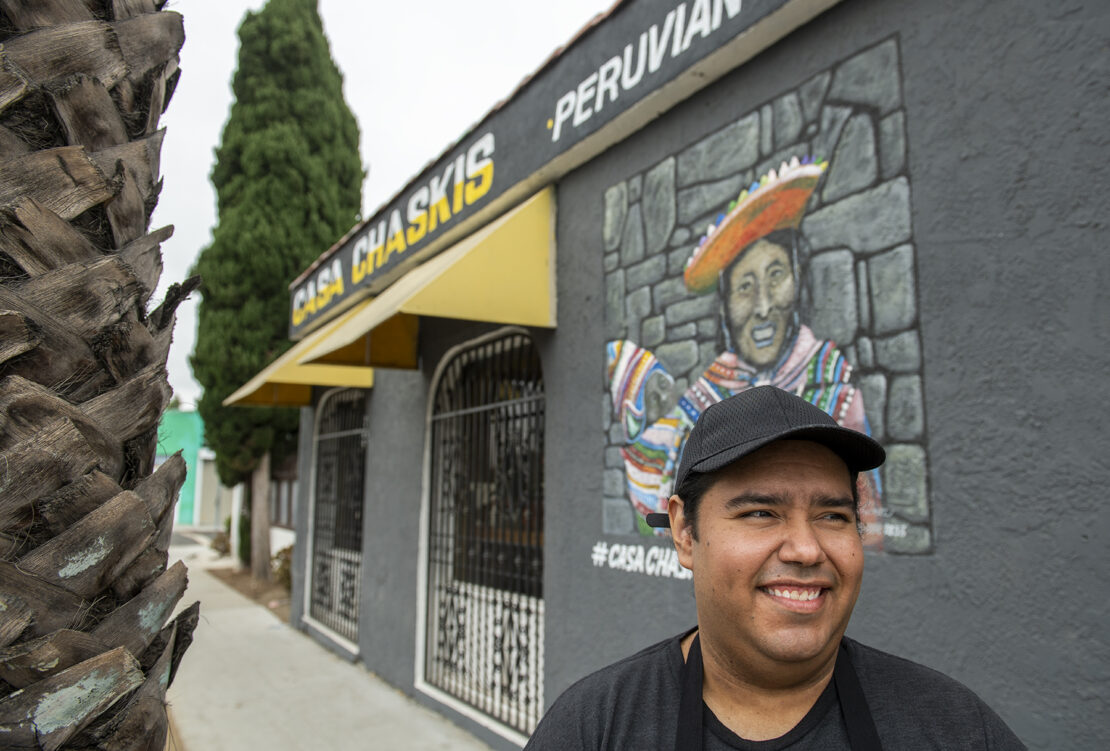 His favorite is the Andean region, which he reflects through the decor of the inside of his restaurant, from miniature alpacas to Andean-styled hats with ear flaps called chullos. They also have a word of the day scribbled in chalk in Quechua, the indigenous language of Peru.

“I might not have been born in Peru, but Peru was born in me,” he said.