Signal Hill’s family-run brewery, Ten Mile Brewing, is just weeks away from opening its business with a full-service kitchen, with plans to serve homemade pizza to its patrons.

It’s been a long, 11-month process getting to this point, said owner Dan Sundstrom, six of which were delayed due to the backlog of LA County health department’s work which was complicated by COVID-19.

Though the 150-square-foot kitchen is nearly complete, the bulk of what’s left is a lengthy process of upgrading the rest of the brewery to food service standards. 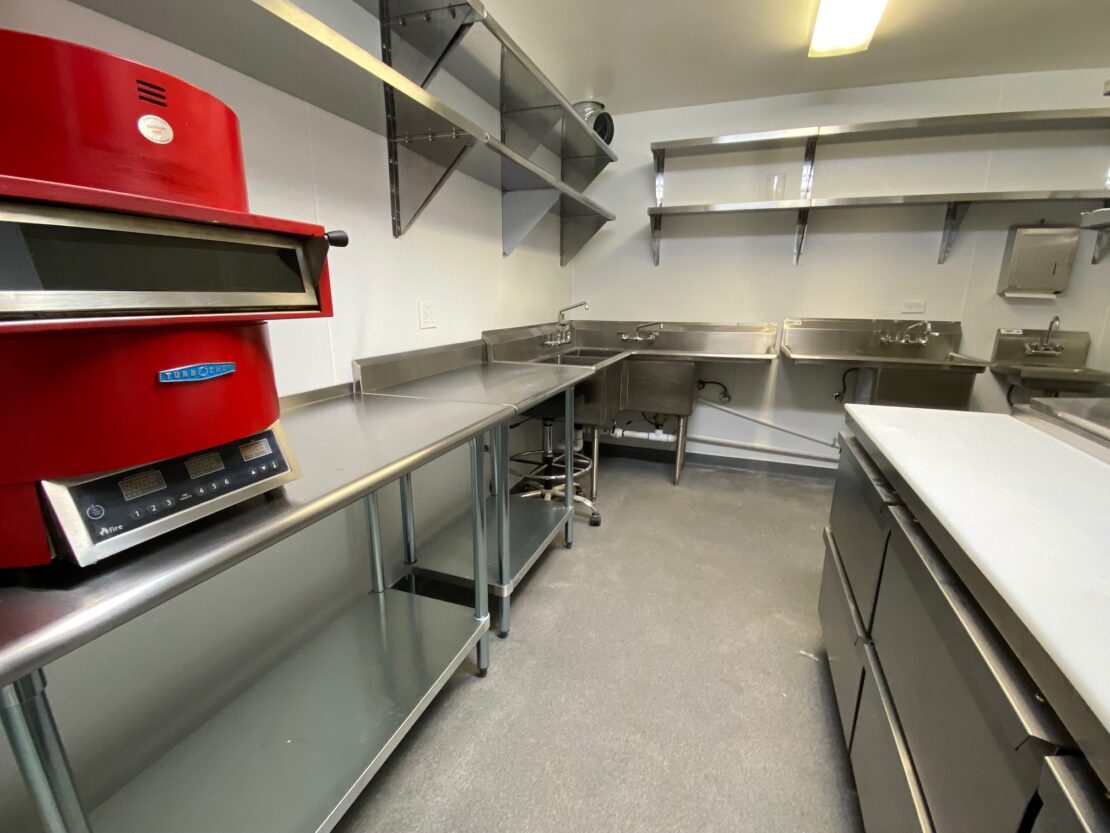 Ten Mile Brewing’s new industrial-grade kitchen, which is nearly complete save for a refrigerator to be installed. The kitchen replaced the brewery’s storage area and office space in the back of the brewery. Photo courtesy Dan Sundstrom.

However arduous, it’s a move the family pounced on once Signal Hill’s City Council agreed on Dec. 8 to amend Ten Mile’s conditional-use permit and allow them to serve food indoors. The council also changed zoning laws that would allow Signal Hill breweries and distilleries with tasting rooms to permit a kitchen.

It’s a welcome relief and potential safeguard for Ten Mile, given the pandemic-related restrictions that have plagued many drinking establishments in Long Beach and the rest of LA County with costly mandated closures and, more recently, vaccine requirements placed on its patrons.

With a full-service kitchen, Ten Mile Brewing will be treated as a restaurant, and will not have to turn away customers who are not fully vaccinated from dining indoors. Following sweeping closures in March 2020 and during the winter surge last year, restaurants were some of the businesses first permitted to reopen, albeit with capacity restrictions, while bars and breweries were among the last.

“So, that was a huge pusher for us right there,” Sundstrom said.

Signal Hill follows the rules of Los Angeles County, which “strongly recommend” that indoor seating be prioritized to patrons who are fully vaccinated. Currently, Ten Mile Brewing is still operating under a to-go model and is consigning its dine-in service to outdoors only, due to construction, Sundstrom said.

With only about eight weeks of work to be done, Sundstrom said he and his family are very excited and believe they will be able to start serving food by the end of the year or the beginning of 2022.

Sundstrom admits he and his family had never envisioned selling food as part of the business model for their brewery when it opened in 2017, having much preferred inviting food trucks to serve patrons.

Still, a love for food has long been a common thread within his family.

“We have always been a kind of foodie family….I like following food trends and I cook probably five times a week,” Sundstrom said.

Sundstrom points to his days as a food photographer in the early 1980s as the catalyst for his food fascination.

Sundstrom and his son, Jesse, have been working together to craft their new pizza menu and during the months of construction frequently hosted friends and family at their home to taste-test their doughy creations.

This includes a fingerling potato and onion pizza with balsamic reduction, a BBQ chicken option and a cream-based Cajun pizza spiced with house-cured tasso, which is a spicy, thin strip of meat from the shoulder of a pig—reminiscent of ham. 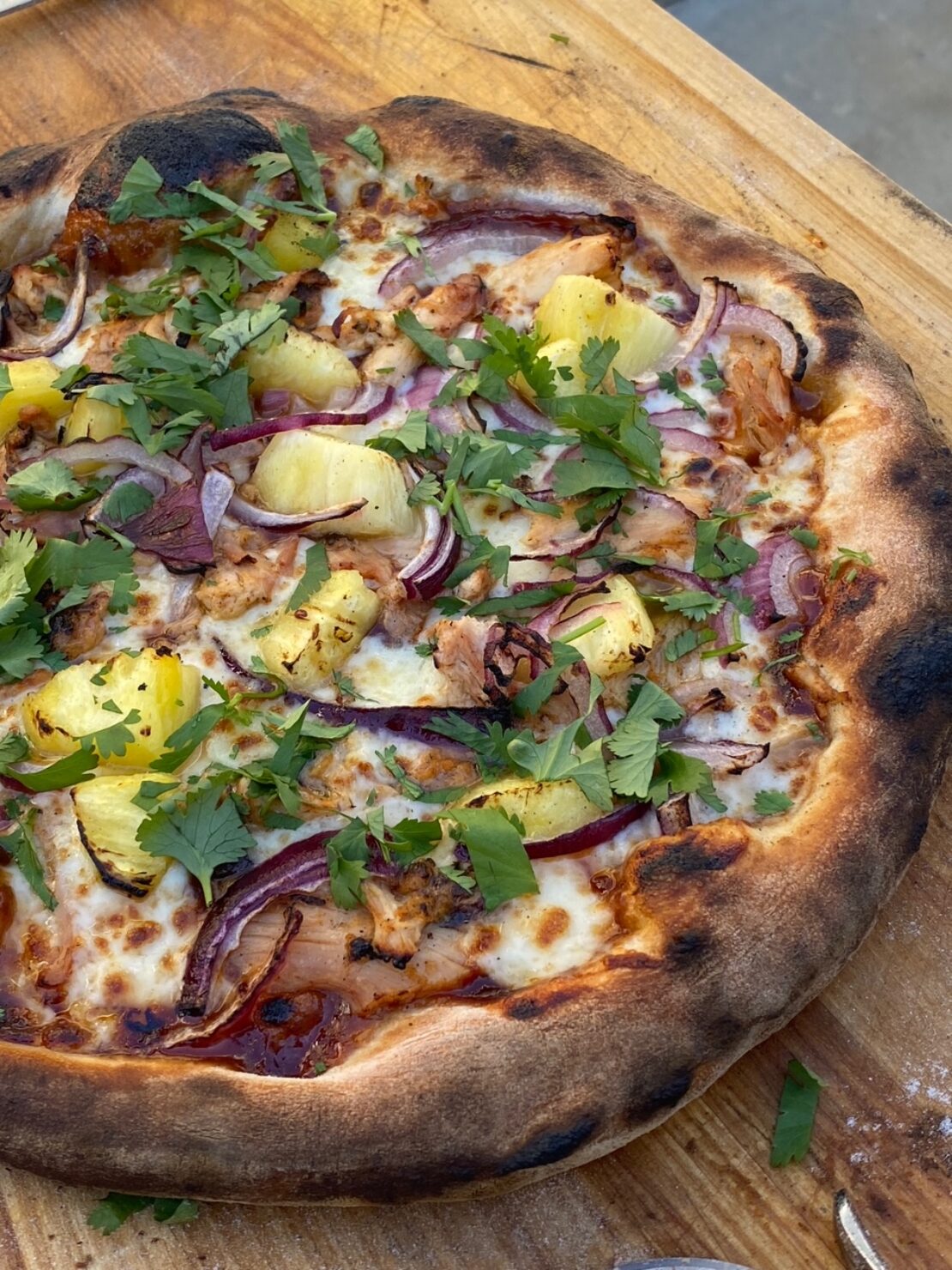 Ten Mile will also offer a gluten-free crust, “which a lot of people have asked for,” Sundstrom said.

Sundstrom said they’re still working on more additions to the menu down the line.

Sundstrom said Ten Mile will keep their pizza prices relatively low, in the $12-$18 range depending on the toppings, which Sundstrom felt was important and reflected the economic values they already employ with their beer prices. Sundstrom said he believes Ten Mile is the only brewery in the Long Beach area that offers an Imperial pint pour, which is about 20% more than American pint standards and for as low as $7.

Ten Mile has been very fortunate in its circumstances that allowed them to build out a kitchen, Sundstrom said. To-go sales were fair and remarkably continued to perform as well as dine-in sales when they were able to reopen earlier this year, he said.

“We’ve never carried any debt, we have no investors, we’ve done everything by ourselves,” Sundstrom explained, noting that he had his family built out their brewery almost entirely on their own. “We’re very hands on.”

In one last piece of good news, Sundstrom said Ten Mile Brewing will soon lay roots in Mission Viejo. Sundstrom said they’re gearing up to sign a lease and have already met with architects and the city.

“They’re very excited to have us,” he said.

Signal Hill will still be Ten Mile’s production facility, Sundstrom said. And yes, their Orange County location, slated to open July 2022, will have a kitchen.

“I don’t think I’ll ever open another brewery without having a food option in it,” he said.