Brian Coakley has never been the sort of musician who felt the need to get too political with his art. Even over his 30-year career as the guitarist and lead songwriter for Orange County punk heroes Cadillac Tramps, he kept those themes pointed yet “ambiguous enough,” he said. But 2020, and the absolute doozy of a year it was, sparked a different side of the punk rocker’s creativity.

Unable to play live shows and forced to suspend operations of his contracting company, the 57-year-old musician suddenly had time on his hands and a lot of feelings about the state of the world. So, he turned to music.

“I was just pissed-off and disillusioned,” Coakley said of the creative impetus behind his new album. “I kind of felt this angsty feeling that I had not felt since I was young, since I was a teenager.”

Loud, fast and in-your-face, “Brainwashed,” the new album by Coakley’s band, The Anti Virals, dropping Jan. 10, is a cut-and-dry punk rock protest to the lunacy of the 2020: COVID-19 deniers, disinformation, police brutality, and conspiracy nuts who have more or less, “lost their minds,” Coakley said.

It was exactly the kind of album friend and fellow Long Beach musician Frank Meyer could get behind. Meyer, a multi-instrumentalist and producer, reached early acclaim as the frontman of punk band, The Street Walkin’ Cheetahs, which formed in 1995 and toured nationally and in Europe before disbanding nearly 10 years later before reforming again in 2014.

Among the myriad projects and collaborations Meyer has been a part of (he’s a member of later-era Iggy Pop guitarist’s group, James Williamson’s & The Pink Hearts) Meyer and Coakley also formed Blind House in 2019, a bluesy punk-rock band that features fellow Cadillac Tramps and Manic Hispanic bassist, Warren Renfrow, Mike Vasquez of the defunct band OO Soul, and Social Distortion’s drummer, Derek O’Brien before the band went hiatus due to COVID.

Coakley was the guitarist and leading songwriter of the Cadillac Tramps, a hybrid punk-meets-rockabilly band that formed in Costa Mesa in 1987. The band toured all over the US and Canada, including opening gigs for Pearl Jam, eventually selling out spaces like the Hollywood Palace, now known as the Avalon. The group disbanded in 2017, after the death of their lead singer, Mike “Gabby” Gaborno. 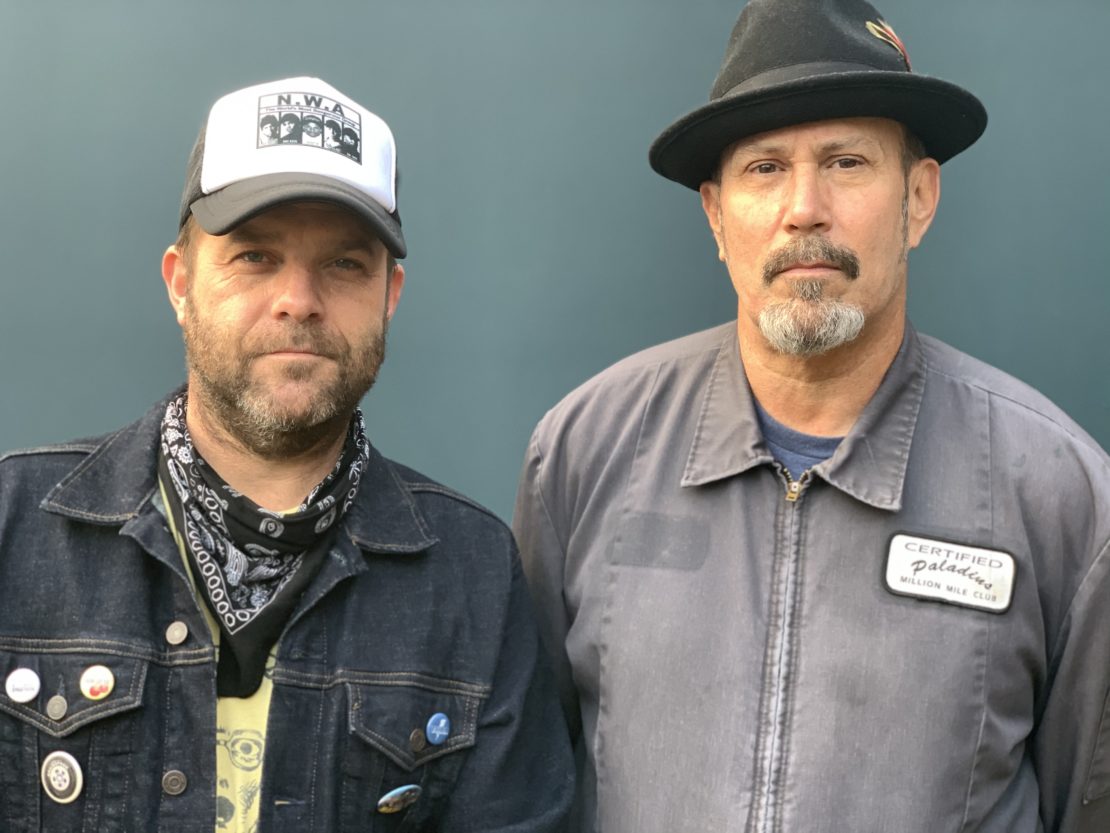 Now, in their latest venture together, Coakley and Meyer are The Anti Virals. Although, they were almost called The Russian Spybots, a call-back to lyrics in the album’s eponymous single, “Brainwashed.” Coakley’s 91-year-old mother was the defining factor in the decision.

“She was like, ‘The Anti Virals is a way better name’,” Coakley said.

Coakley admits that it still feels quite astonishing that his album came together like it did. Although undoubtedly a product of the pandemic, the artist said the itch to write a hard-cut, straightforward punk album came while listening to Black Flag’s  compilation album, “The First Four Years.”

“I was just admiring the songs, getting that feeling for being a kid again. And then something just struck me. It popped into my mind: these [songs] are smart, they’re angry, but they’re also funny,” Coakley recalled. “So something in me was like, I want to make a punk rock song that reminds me of the early punk rock that I love.”

“I was just reading stuff that people would post on Facebook and Instagram and I was horrified,” he said. “They’re looking for affirmation, not information. They’re just dying to find a fact that meets up with their politics.”

Introduced by the sounds of sirens, “Scary World” criticizes the abuse by those sworn to protect, white apathy of the George Floyd protests, while voicing a call to action; to speak up and stand tall in the face of oppression.

“Every single song is addressing something current,” said Meyer, who was responsible for keys, some guitar and harmony vocals on the album. “It’s a straight-up hardcore punk record. I mean, there’s some poppy hooks in there, all good punk bands do […] but it’s like it could have been made in 1983.”

The concept of de-evolution, the idea that society is regressing, as sonically popularized by the 1973 new-wave group Devo, gets a special shout out in the album, with the pop-punk song “Devo Was Right.”

“When they said that back in 1977, everyone thought they were kooky,” Meyer said. “But here we are in 2021 and we’re just watching the de-evolved storm the Capitol Building literally dressed in furs and brandishing flags, looking as de-evolved as one could. So, Devo was right.” 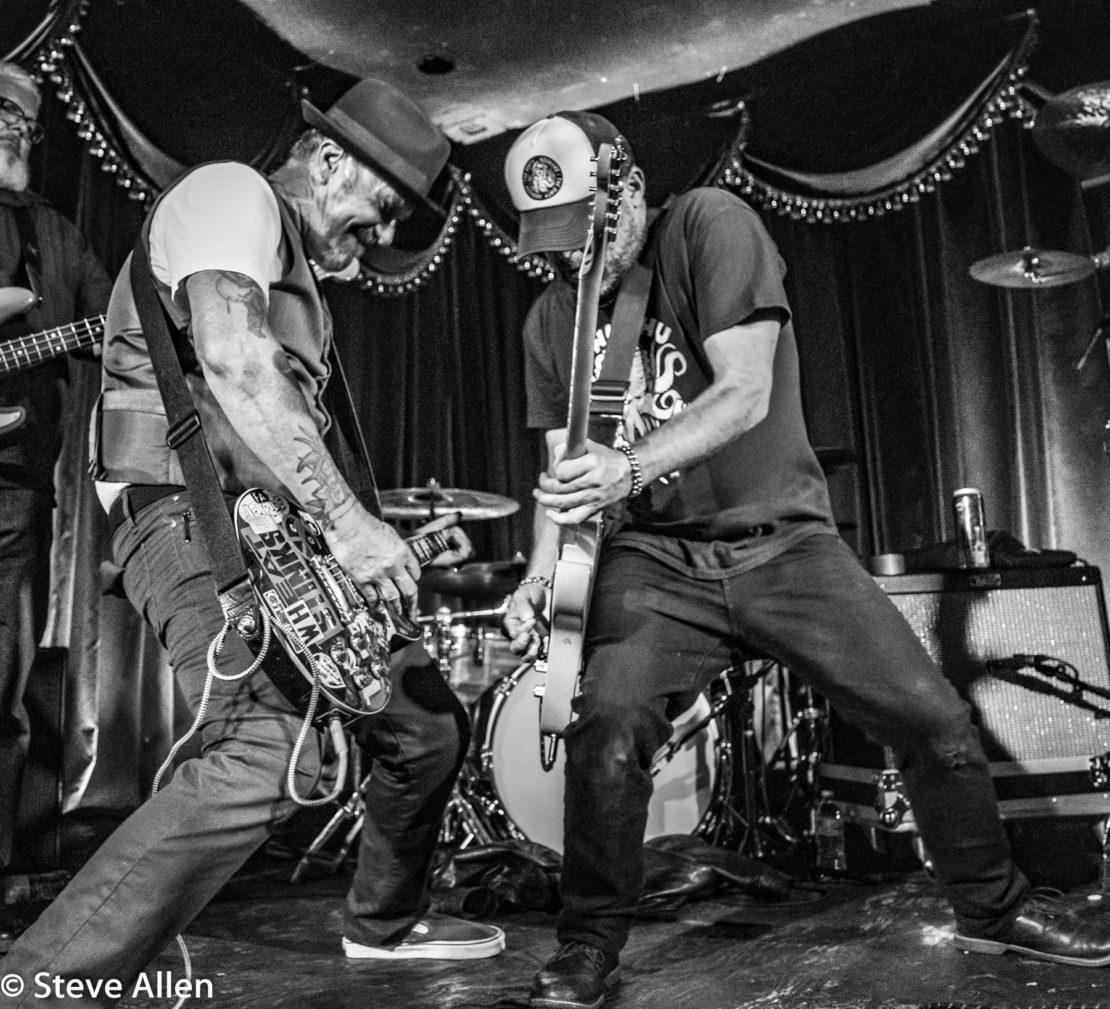 “Brainwashed” was written, recorded, mixed and mastered from the musician’s Long Beach home, which presented a new challenge for Coakley, who had always put out records the traditional way, he said. But he noted that working on the pandemic-era jam released in May 2020, “Flatten the Curve,” opened his eyes to the possibilities of creating music remotely.

The song featured an all-star cast of musicians including Cherie Currie of the Runaways, Eddie Spaghetti of The Supersuckers, Meyer, Coakley and musicians from The Adolescents, Fishbone, The Melvins and others to help raise funds for the Jubilee Consortium and the Sweet Relief Musicians Fund.

Coakley will have a lot to celebrate on Jan. 10, with the release of “Brainwashed” to all digital platforms via Nadine Records Media, but it will also be his 58th birthday.

“I’m really proud of the record,” Coakley said. “The album would not have happened without the pandemic, and I really hope this band goes on.”