The show must go on: How LB Shakespeare Company is bringing productions online • the Hi-lo
- ADVERTISEMENT -

To prepare for their performance of “As You Like It,” volunteer actors with Long Beach Shakespeare Company had to practice for weeks over Zoom, a task that was “completely foreign to the way they work,” said producer Dana Leach.

Followed by eight days of rehearsing, with actors wearing masks, gloves and face shields brought in during sections to avoid crowding, with some parts double-cast so as to keep the size of the group down, and those involved in intimate scenes tested beforehand, recreating the Forest of Arden, home to shepherds, poets, lovers and jesters, was no easy feat.

But the Shakespearian rom-com is sure to please families at home, as a reminder that “love and goodness come in all shapes and sizes,” according to LBSC. 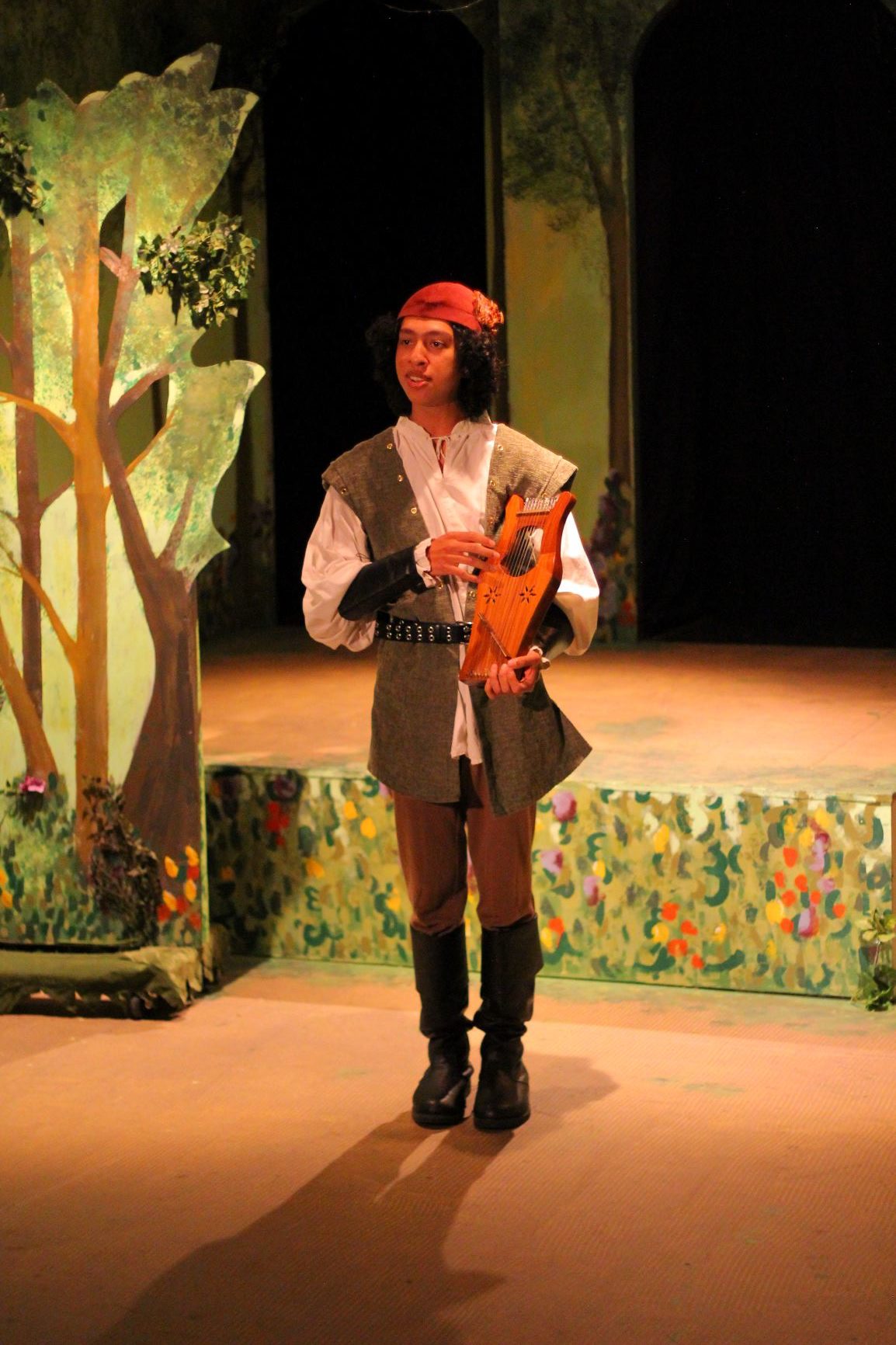 Amiens (Garret Martinez) brings some much needed music to the forest of Arden in Long Beach Shakespeare Company’s production of “As You Like It.” Photo by Luis Aranda

Finally performed in front of two different cameras in the Helen Borgers Theater, Leach said she wants audiences to feel as if they’re sitting right there, “we still want this to feel like a live performance.” Although she understands many are “device-tired” at this point, there’s the hope they “can sell enough tickets to keep this going.”

Regular patrons can even look forward to an appearance by the company mascot, Hamlet the Pig.

“We miss our patrons, we really do, and I can tell you Hamlet has really missed them,” Leach said. “He has a little Elizabethan ruff he wears at the theater, and when I put it on him he was very excited.”

Now the second time LBSC has streamed a staged production—the first, “A Woman of No Importance,” was presented in June—the show was made possible by a grant from the RuMBa Foundation of Long Beach; LBSC was one of nearly two dozen local arts organizations who received financial support in late June to provide educational programming.

With LBSC’s  new education department, Moving children through the Arts, the program will be made available to students and educators.

“There is no way this could have been possible without the grant from the Rhumba Foundation,” said Leach. “We rarely get grants because we’re a volunteer organization, so this is really huge for us and we so appreciate it.”

Tickets are $35 per household. Once a ticket holder has the link, they can watch (and rewatch) the production at their convenience between Sept. 4 and Oct. 4. Visit lbshakespeare.org/performances for more information.