They used their business to help the homeless, now they could lose their home • the Hi-lo
- ADVERTISEMENT -
LONG BEACH POST Merch: Support local news. Look good doing it. SHOP NOW

When husband-and-wife Tom West and Shannon Francis opened up Long Beach Coffee & Tea in late 2018, they knew it would be an uphill climb to not just create their brand but connect with the community. Quickly, however, they did just that. With a loud-and-proud policy of inclusivity—especially toward the LGBTQ and homeless communities—and humbleness that was as charming as it was contagious, Long Beach Coffee & Tea was becoming a downtown staple with patrons who would visit multiple times a day.

As with a lot of businesses, COVID-19 hit and hit hard. Believing their focus should shift toward those in need—much like the shift restaurant Bebot performed at the pandemic’s beginning—they believed they would be able to survive. Then their cash reserves ran out and now, they say they might not be to keep up with their rent. 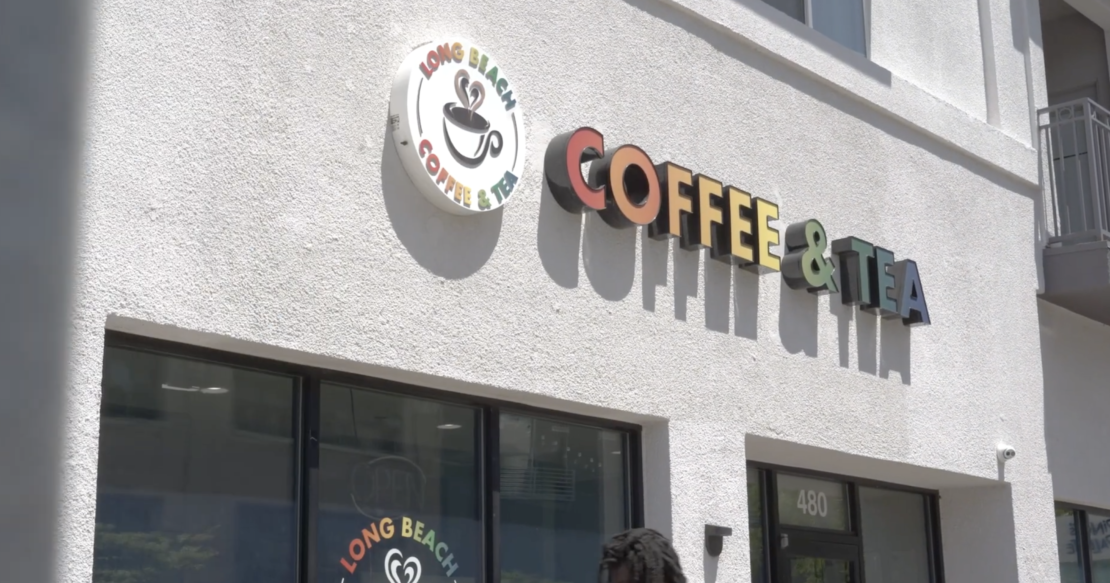 “One of the first things we did was take a whole week off for a health check—we had to assure ourselves that we were healthy,” West said. “We also take care of a gentleman with cancer on hospice and the last thing we wanted to do was put him at risk. So in the beginning, it was really about making sure we weren’t creating a threat for anyone else.”

That sense of care has been at the epicenter of Long Beach Coffee & Tea: They used their tiny coffee roaster to sell beans as the nation’s first coffee roasting nonprofit dedicated to helping veterans and preventing veteran suicide.

The pandemic shifted a lot of what they did, and how they did it, and the pair began using their community knowledge and access to wholesale items to create lunch bags for the homeless while also seeking donations for blankets, dog food and other essentials.

They figured their business’s sales would be enough to get them by as they helped others. Then, business dipped heavily.

“A particular stand-out over these past six months during COVID-19 has been the loss of our customers,” West said. “So many of them have moved out of state. We’ve had tremendous turnover. And I’m talking loyal, dedicated customers—nine or 10 of them that we would see every day and they decided to leave California. It was various reasons: they couldn’t afford the rent, they wanted someplace cheaper… But COVID-19 pushed them out. And it still continues.”

Still, their focus remained on those in need, like Victoria Renyafarje, the well-known “Bubble Lady” who creates momentary, bubbly works of art along Shoreline Village. The pandemic pushed her into living in her car.

“She needs clothes, she needs food,” West said. “This whole pandemic really pushed and changed the demographic of who is in need right now. Even with Project Roomkey [a state-sponsored program to provide shelter to the homeless] and the things other organizations were pushing, you can’t take away the fact that Victoria has lost everything. Everything. It really forced us to shift our mission away from our customers—I mean, not as if we have many.”

West and Francis say they maybe get five daily customers during the weekdays.

But again, the mission was at the forefront and with the possibility of governmental help, perhaps a possible lifeline existed.

“But we got nothing,” West said. “We’ve been declined SBE loans, PPP, denied to participate in the local Great Plates Program in Long Beach, despite the meal work we were already doing. All those things that could have saved us were just… not there.

“Shannon and I haven’t taken a paycheck. Like most small business owners, you run a debt the first year and get it back on its second year—that’s just growing a business. You put everything you have into it and any profit money you have gets reinvested. We hit a point where all of sudden, we were like, our cash reserves are done, just done. And we hadn’t even paid rent yet.”

A terrifying reality hitting West and Francis and that was the fear that they could very well become part of the population they were trying to serve: those experiencing homelessness.

“Shannon and I have become comfortable enough to where we can live on $2,000 a month—which is pretty great,” West said. “But between trying to pay for the shop and trying to pay for a home, we’ve hit a point where we actually thought, ‘We might become homeless.’ And we also know we are not alone in Long Beach.”

The pair have resorted to the last option they can think of: Creating a GoFundMe and asking for the community’s help. All money received will pay back rent, utilities and business permits and licenses so “we can stay afloat,” West said.

“It’s genuinely not easy having to ask for that kind of help,” he said. “It is a hard process because we’ve tried everything we can while trying to uplift those who have it worse than most. But there’s something about serving a cup of coffee in a neighborhood you’ve invested in, that you love. We can’t lose that and we hope the community doesn’t want to lose that. We just want to keep our shop open and keep making a difference.”