Minutes before it was scheduled to roll, one sensed the slightest hint of anxiety among teachers from Prisk Elementary that their “reverse parade” would be a one-sided activity. That maybe the families invited to cruise by in their cars, Tuesday—National Teacher Appreciation Day—might not show up.

Most of these parades reuniting students and teachers involve teachers driving through their school neighborhoods with students and their families coming out of their houses to wave hello to the teachers they haven’t seen in weeks. But that wasn’t practical for Prisk since it has open enrollment and attracts students from all over the city.

So, the question became would families drive from all over Long Beach to the school located between the 405 freeway and Cal State Long Beach? Minutes ahead of the parade’s start, teachers were posted about 20 feet apart—colored buckets marking where they were to stand—around the perimeter of Prisk, waiting and gesturing excitedly toward each other while also asking if anyone had seen any cars? 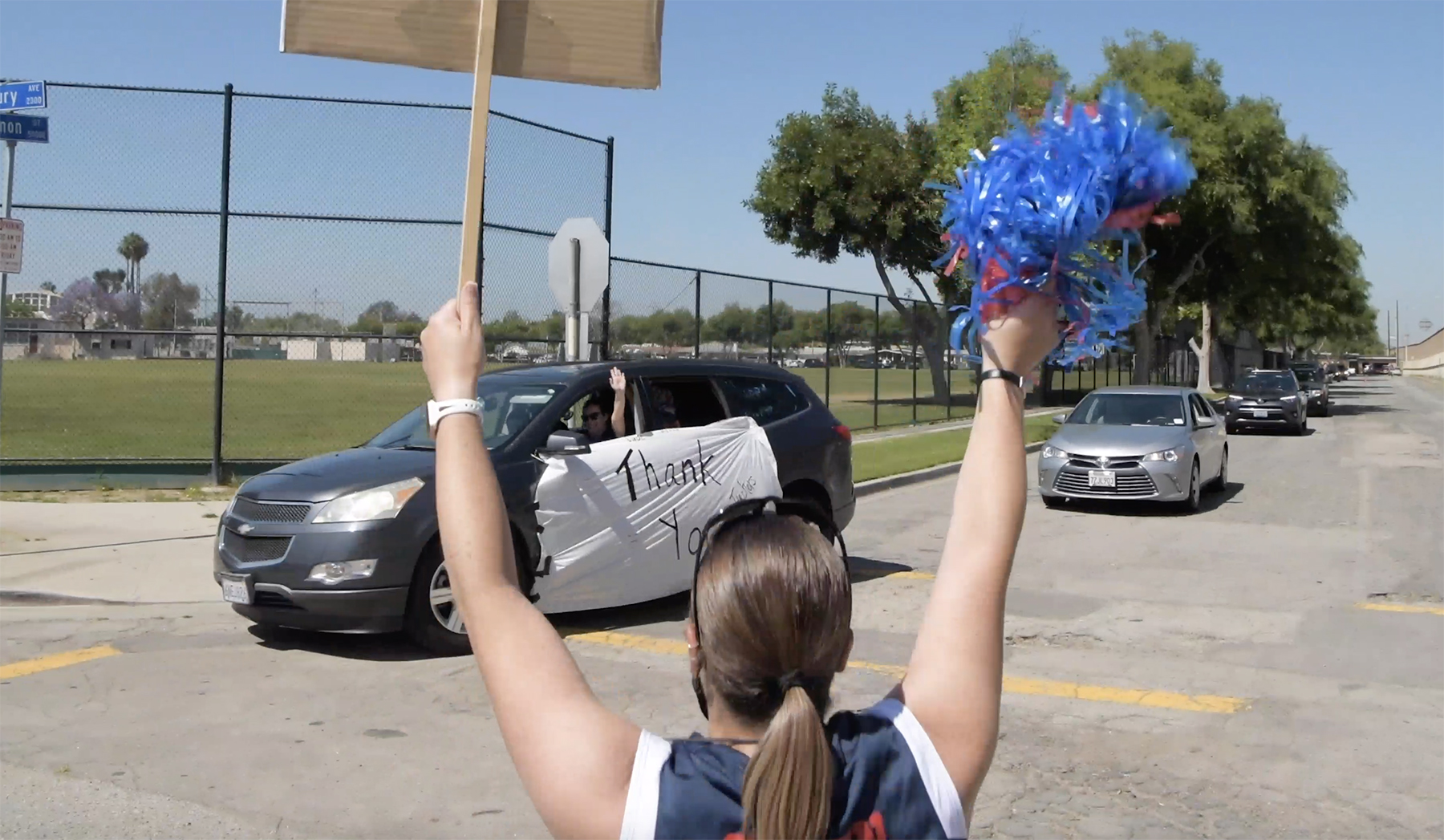 Then 10:30 a.m. came and the first car, an SUV driven by Alyssa Lecesne and carrying Prisk student Payton Lecesne, started driving by the teachers. And the honking started as did the woo-wooing and the screams and laughs. Another car followed. And another and another and another and … we stopped counting when we got into the high 60s.

But, as you’ll see in Thomas Cordova’s video, numbers didn’t matter as much as teachers and their students reconnecting, one car, one woo, at a time. (Steve Lowery)