Every morning, Sergio Villavicencio wakes up and drives to Los Angeles to pick out fresh fruit, an essential ingredient in many of the items he sells at La Michoacana Monarca. 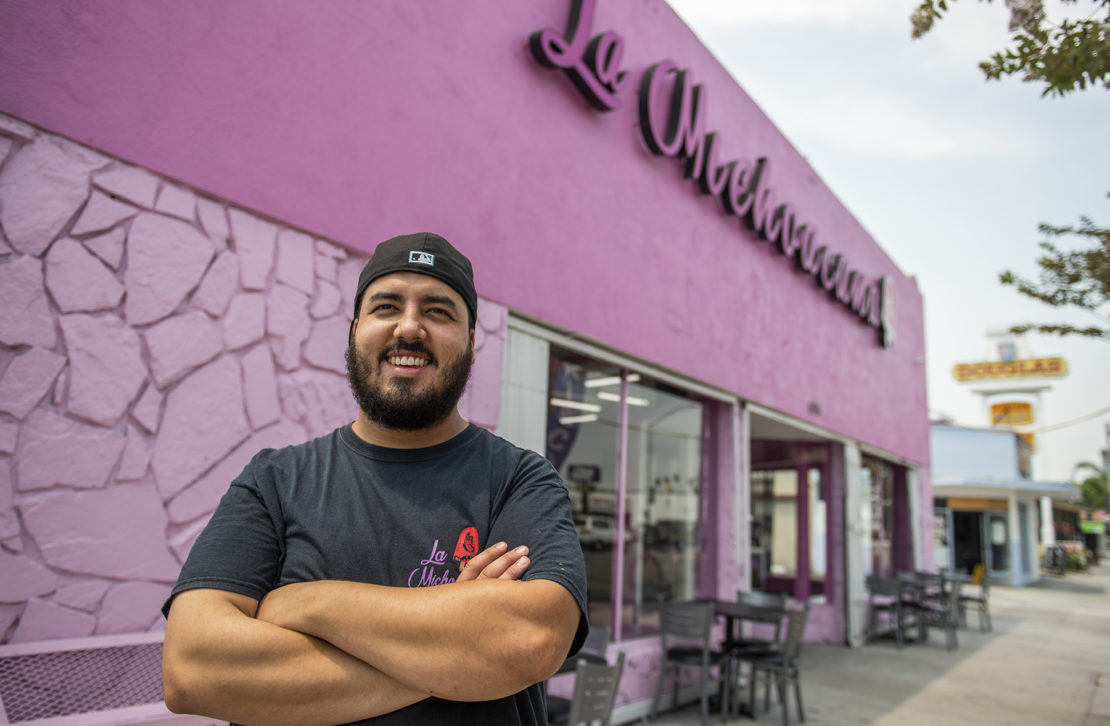 So, if the craving for pickled pork skins on top of chips covered in chamoy chilé sauce creeps up on you, if mango ice cream with fruit shavings and lime juice is just what you want, chances are Villavicencio’s La Michoacana Monarca in North Long Beach will be able to help you out.

The shop has been open for only a year, but it’s already providing guests Latin-inspired treats and snacks as well as iconic popsicles and flavored juices commonly called aguas frescas.

The mangoñada is a top seller, and one of Villavicencio’s favorites. The frozen treat consists of blended mango with strips of frozen mango, drenched in chamoy chilé–– a red sauce with tones of a tamarind-type tart with a hint of sweetness. Another must-have is the esquite corn in a cup: kernels of corn mixed with mayonnaise, butter, cheese, chilé and dressed in lime.

The tradition of the Mexican ice cream shop has been passed from generation to generation in Villavicencio’s family. He worked with his father and grandfather at a location in Huntington Park when he was younger. The Villavicencios hail from a town in Michoacan State called Los Reyes and ran a store similar to the original popsicle stands, paleterias, found in Michoacan, Mexico. 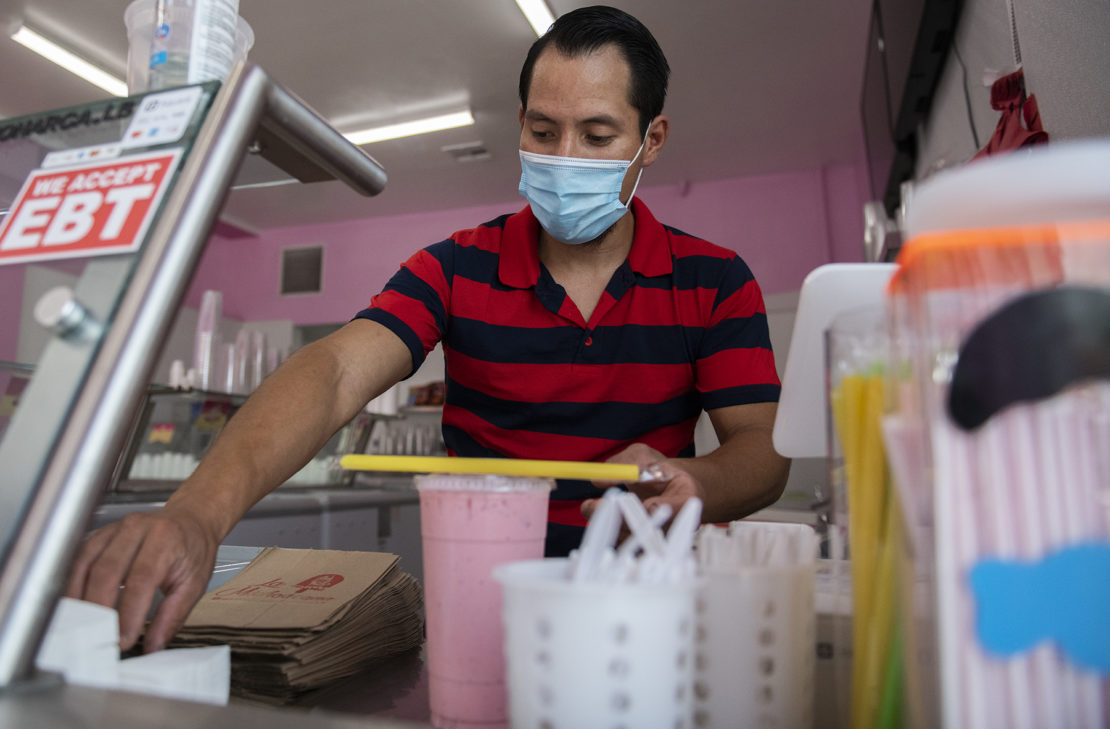 While there are other La Michoacana paleterias in neighboring towns, including another in Long Beach, Villavicencio said no one person or entity owns the name. It’s seen as more of an over-arching marketing concept rather than a brand. There may be tire shops and grocery stores that carry the name La Michoacana. To use La Michoacana in the name of the business is to say the product or service is of good quality and carries Mexican pride. The regional branding is similar to other common terms such as, something was built like a Swiss watch or positive comments about German engineering. The details of the origin have been disputed, but given Michoacan’s agricultural might, the access to milk and freezers paved the way for quality popsicles to become the state’s hallmark.

Villavicencio’s store is not franchised, a common misconception, and is set apart by the latter part of the shop’s name: Monarca. Villavicencio said he’s happy to be working back in North Long Beach where he grew up.

“We came back home,” he said. “I know everyone that comes in.”

La Michoacana Monarca continues to run on Villavicencio’s family legacy, with family members and friends from Michoacan working the counter and crafting the ice cream from scratch.

“I want to be able to get as big where we don’t have to work anymore,” Villavicencio said.