After receiving a lending library this year, Westside resident Veronica Aguilar spent the past weekend transforming it into a mini pumpkin patch for her neighborhood.

On Delta Avenue near 32nd Street, stacks of bright, orange, plastic jack-o’-lanterns, hay and a friendly scarecrow calls the attention of pedestrians, some already using it for photo ops with their kids or dogs, Aguilar said, who decorated it with her parents.

“I was kind of surprised at how good it came out,” Aguilar said, giggling.

Another thing that draws people is the name she gave her library, “Mariposa de Barrio,” which translates to “neighborhood” or “hood” butterfly and references iconic singer Jenni Rivera, who grew up in Long Beach. Mariposa de Barrio was Rivera’s moniker, and she’s been honored by the opening of Jenni Rivera Memorial Park. 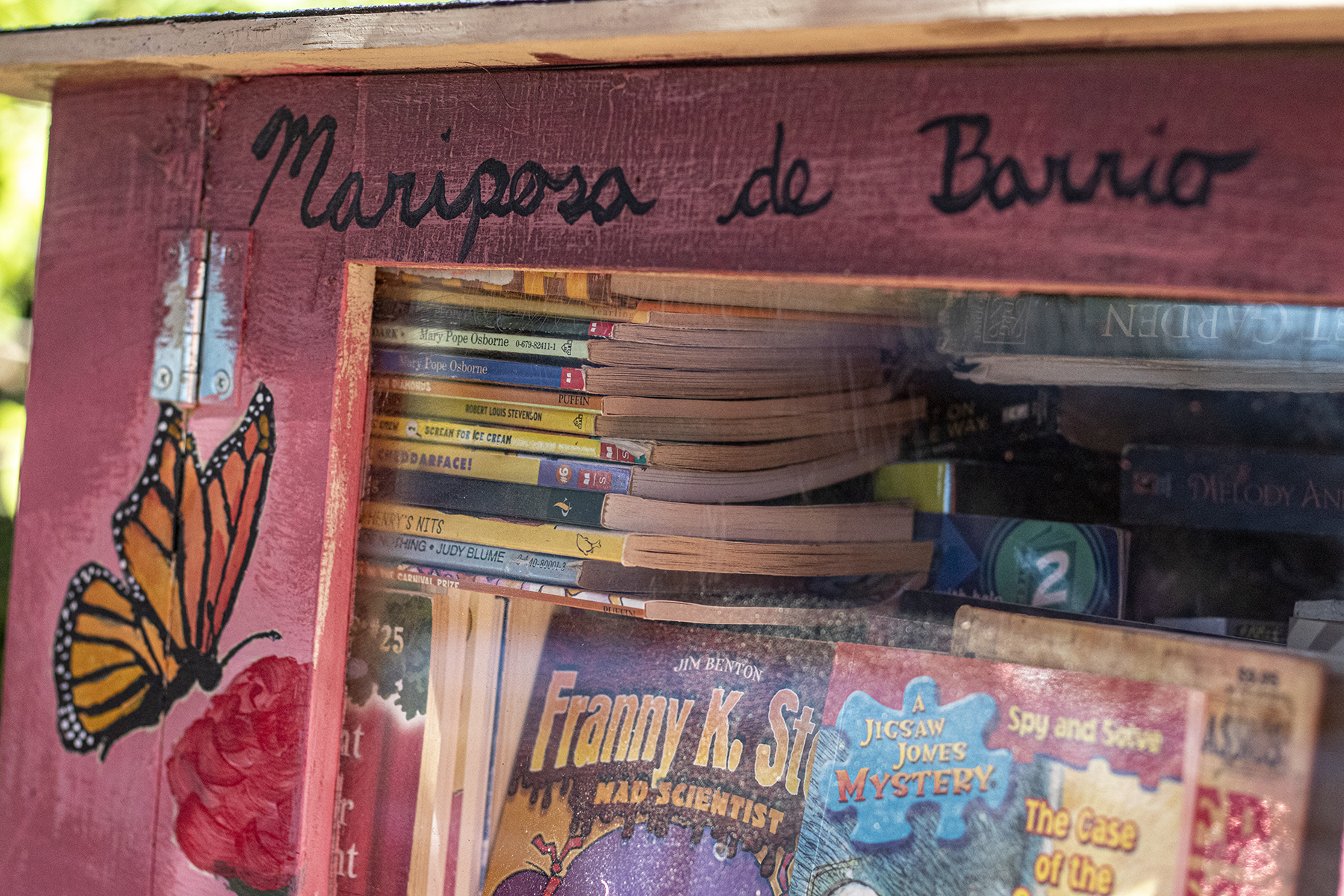 Aguilar said that watching a television series about Rivera inspired her to honor her memory, especially since Rivera grew up on the Westside.

“She actually grew up like two blocks away,” she said.

Each lending library has been customized by the people of the property on which they’re located.

Anyone can take and leave a book from a lending library, as it’s meant to encourage more reading, especially among children.

Cabrillo High School student Sheyleen Guzman, 14, said she and her friend read a book from the library after passing by in the summer. 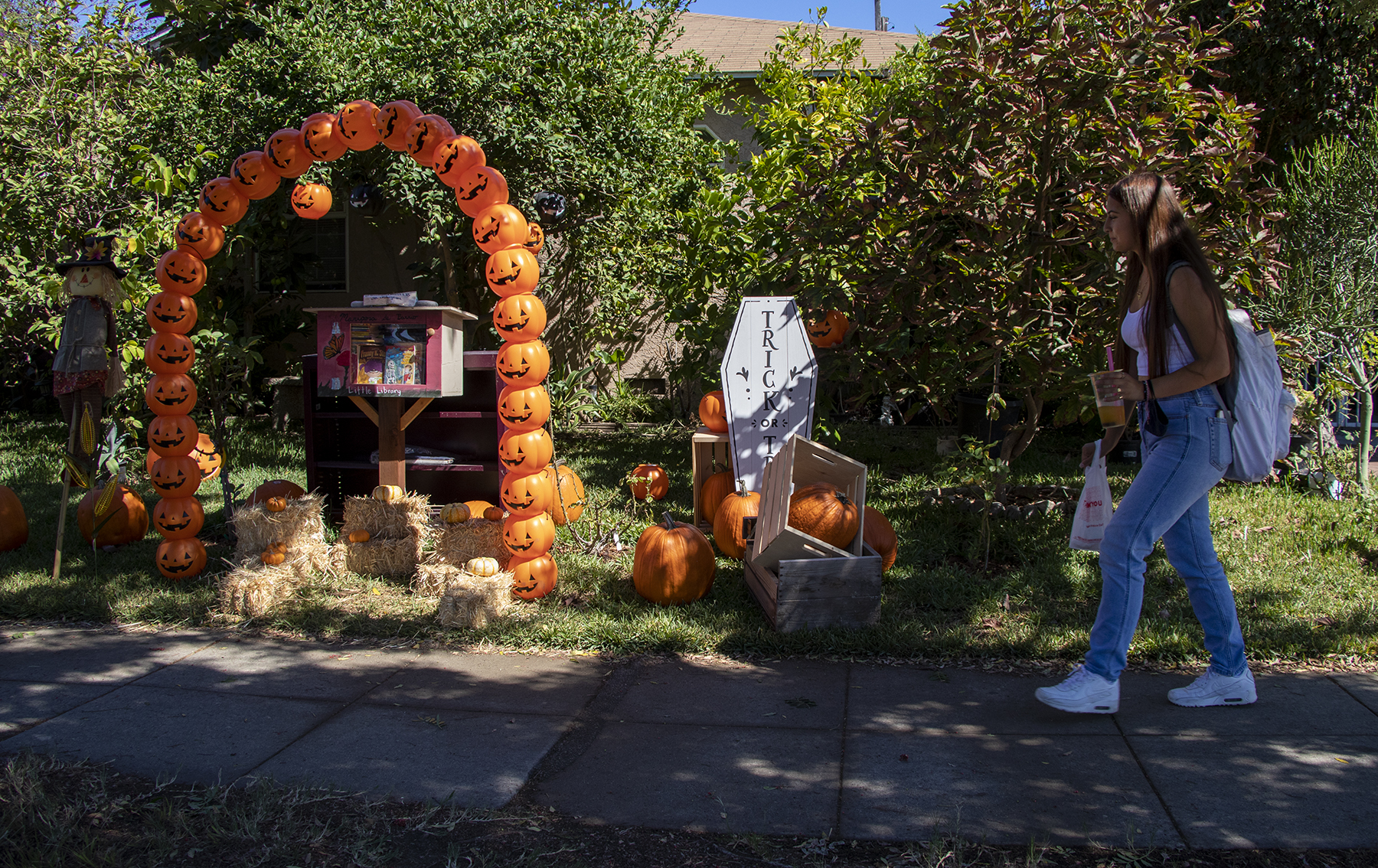 Now, seeing it decorated, “I saw the bright orange, and I was like, ‘Oh wow,’” she said.

Nancy Gonzalez, who works at a daycare near the little library said she was also happy to see it decorated, helping kids get drawn into picking up a book, especially if parents don’t have time to take kids to a regular library or buy them books.

Rafael Cabrera, 18, a Boy Scout of Troop 32, built the little library and three others in June with more than a dozen other young people as part of a scout project using donated wood. 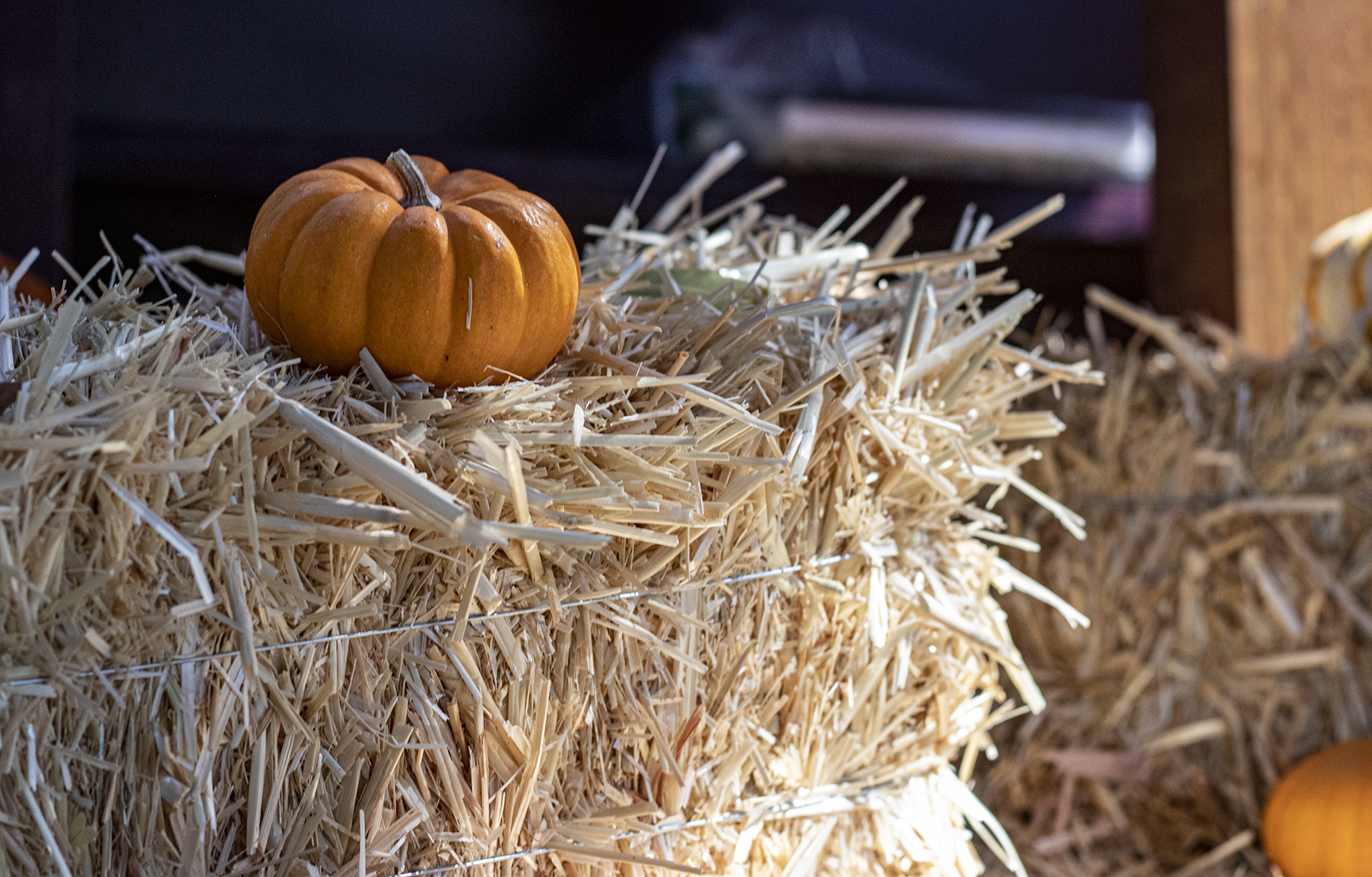 Westside resident Veronica Aguilar and her family spent a weekend transforming a little library into a mini pumpkin patch display on Delta Avenue in October 2021 in West Long Beach. Photo by Crystal Niebla.

Cabrera got the idea to build the library after seeing them a bunch in more affluent parts of the city, such as the Naples area.

“I wanted to add more to my community,” Cabrera said.

Aguliar said she wants her little library to give locals an opportunity to start conversations with each other.