It was when Namiah Phillips made a crepe cake for one of her brother’s birthdays that her mother, Ashley Phillips, realized her daughter had something special.

“That’s when we were like, ‘Whoa, this is not normal,’” Ashley said. “I think she was like 10 or something when she did it. I’ve never made a crepe in my life so the fact that she made a crepe and layered it to be a birthday cake and did all the toppings and everything that she did, that was the first time that I realized this was definitely a talent of hers.”

Now, the 12-year-old Long Beach baker is set to get a taste of stardom on Food Network’s Kids Baking Championship, now in its ninth season, premiering Monday, Dec. 28 at 9 p.m.

Namiah started cooking at a young age, at first helping out her grandma in the kitchen and later striking a deal with her dad, Terris, that she would create and cook a menu for the week, and he would get the groceries. Once family and friends realized her dedication, Christmas gifts arrived in the form of cooking and baking supplies. By the time she had an entire drawerful, Namiah was accustomed to taking over the entire kitchen for her baking and cooking projects.

While macarons and cakes are her favorite confections to create, more often than not she chooses what to bake based on what her family is in the mood to enjoy. When she’s making pies, her grandma helps her with recipes from her own grandmother—this Thanksgiving she made 13 pies in two days. Recipes for pastries often come from online searches, but if you ask Namiah about her cookies, fair warning, you may end up salivating mid-conversation.

“Instead of using normal butter, I like to brown the butter and it gives like a really good nutty, caramel-y taste to it,” Namiah said. “Most of the cookies I make I have to put pecans in them because my dad loves pecans. Whatever type of cookie they are, there’s pecans in there. And I like to toast those either on the stovetop or in the oven.”

Weekends, holiday breaks and sometimes early mornings are reserved for baking, while the rest of the time Namiah spends online taking classes at Franklin Middle School or studying. The straight-A student also has enrolled in a course at Long Beach City College, determined to earn an Associates Degree by the time she graduates high school.

Not to mention, she’s working on starting her own small baking business. So how does she balance it all? Namiah has asked that herself, like the night she was baking all those Thanksgiving pies.

“Sometimes it can get a little overwhelming, but I like it,” Namiah said. “Even when I make a lot, I still love to do it.” 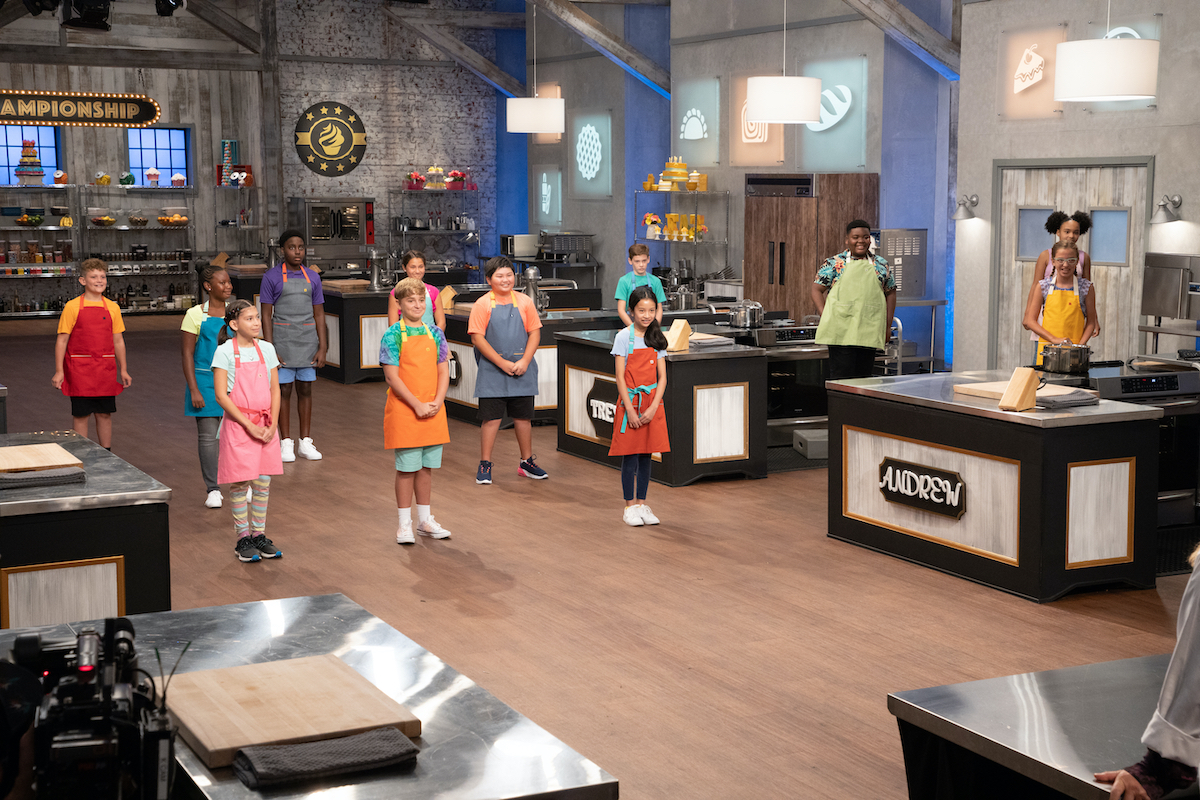 New to this season, the 10-episode competition, hosted by Valerie Bertinelli and Duff Goldman, will include the bakers’ parents reacting to the throes of the competition from backstage. Ashley and Terris will get to witness their daughter take on creative baking challenges from making mini cheesecakes to a giant cookie face with 3D features.

While the transition for their family of five—Namiah has two brothers—has been “interesting” during the pandemic, Ashley said she and husband Terris, who are both essential workers, are determined to keep their kids engaged and happy.

“They typically play sports, so obviously, we’re unable to do that right now,” Ashley said. “We just make sure with everything that they do, what we surround them with, is something that will uplift them and keep the energy positive.”

So what about the actual, physical act of baking brings Namiah comfort and keeps her motivated? It may be, to no surprise, that it offers her a sense of control during uncertain times.

“When I make cakes and stuff I really like to have straight, precise, super nice lines,” Namiah said. “I think that’s calming for me, personally. I just like that I can control it and make it turn out the way I want it to.”

Namiah will be competing for the $25,000 grand prize. Kids Baking Championship, Season 9, premieres Monday, Dec. 28 at 9 p.m. For more information, click here, and keep up with Namiah on Instagram @namiahphillips.