Z2 Comics bills itself as a publisher specializing in letting musicians tell stories through the graphic novel medium. They’ve already got two well-known Long Beach acts among their ranks, including a new original graphic novel from Vince Staples, which came out Friday.

The new graphic novel by rapper Vince Staples is an original story that’s a mix between Pinocchio’s Pleasure Island and the 1979 action film The Warriors. Z2 and Staples had originally planned a release party carnival at El Dorado Park, but it was canceled over capacity issues.

Now, the book has hit wide release. It’s a quickly-moving story through a richly-imagined fictitious world, where a teenager called Nobodie washes up on an island amusement park and quickly finds himself in the middle of a super-powered battle he doesn’t understand. The name, Limbo Beach, is a nice wink to Staples’ LB roots.

Co-written by Staples and comics veterans Bryan Edward Hill and Chris Robinson, the 100-page story easily could have been twice that. There are so many small details in the amusement park setting that could have been fleshed out with more space; it’s hard not to finish the book hoping for a sequel or an extended cut to fill in the rest of the background. Buster Moody’s art shines, a blend of American comic and manga sensibilities that fits the story perfectly. 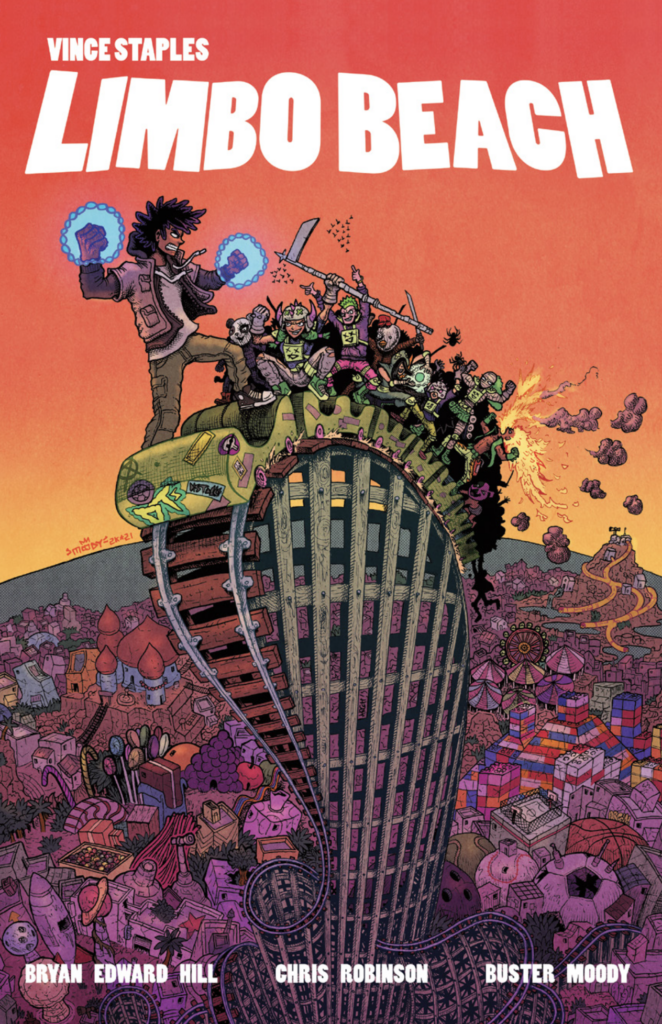 Written by Ryan Cady with art by a different creator for each chapter, Z2’s Sublime graphic novel isn’t an original story, but rather a graphic novel biography of the band’s origins. While there have been plenty of tellings of the band’s star turn and the tragic death of singer Bradley Nowell, $5 at the Door is refreshing because it tells the other end of the story—the band’s background and formation.

There are plenty of great local stories here, from the early childhood friendship of band members Eric Wilson and Bud Gaugh to their eventual introduction to Nowell. Sublime diehards will enjoy seeing some of the band’s lore set down on the page, including their infamous 4th of July show on the Peninsula in 1988, and early ’90s shows at the Nugget on Cal State Long Beach’s campus.

There are also crazy stories from the band’s early touring days, including the time their mascot, Lou Dog the Dalmatian, started chewing on Gwen Stefani’s skirt during a No Doubt performance.

The book also includes intermittent stories about Lou Dog, and pays full tribute to lesser-appreciated members of Sublime’s meteoric rise, including artist Opie Ortiz, who designed their iconic sun logo. The book is a fun, sentimental look at the rise of a Long Beach neighborhood band that went on to sell more than 20 million records. 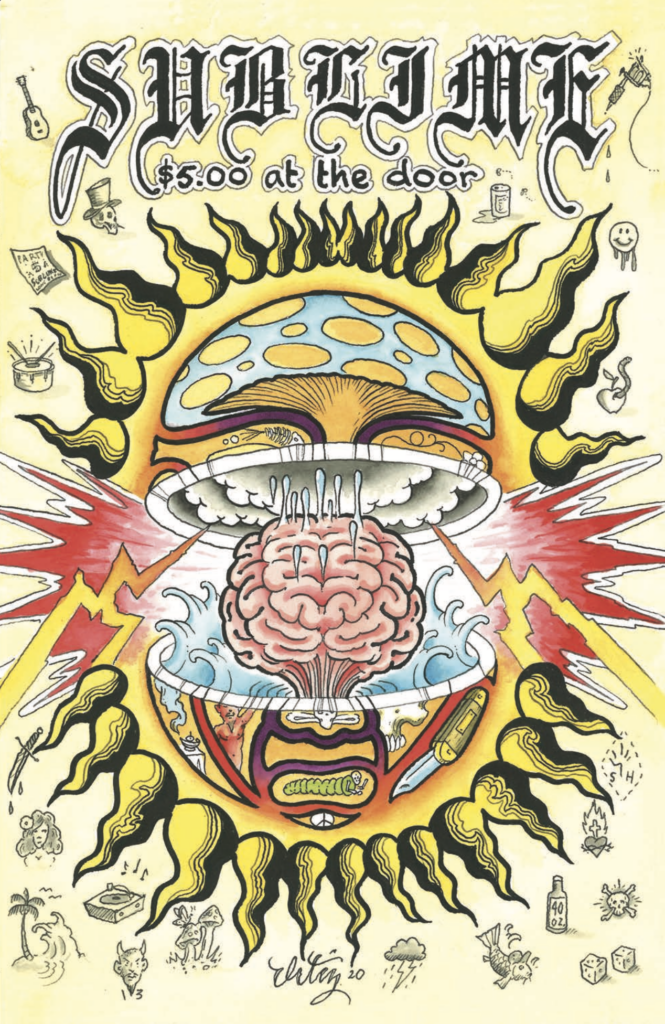