Led by a redesign from Long Beach firm Studio One Eleven, a building created by mid-mod master Edward Killingsworth in Downtown Long Beach will be lifted from condemnation and adaptively reused in order to once again serve as a homeless service center.

The St. Francis Center Long Beach, having begun offering services like feeding and clothing those experiencing homelessness in 1970, moved from its Fourth Street storefront to the Killingsworth building at 1041 E. Seventh St. in 1985. After the self-described “secular Franciscan” group served the community for over 30 years, the building—unbeknownst to most as being a Killingsworth—was condemned in August of 2017. 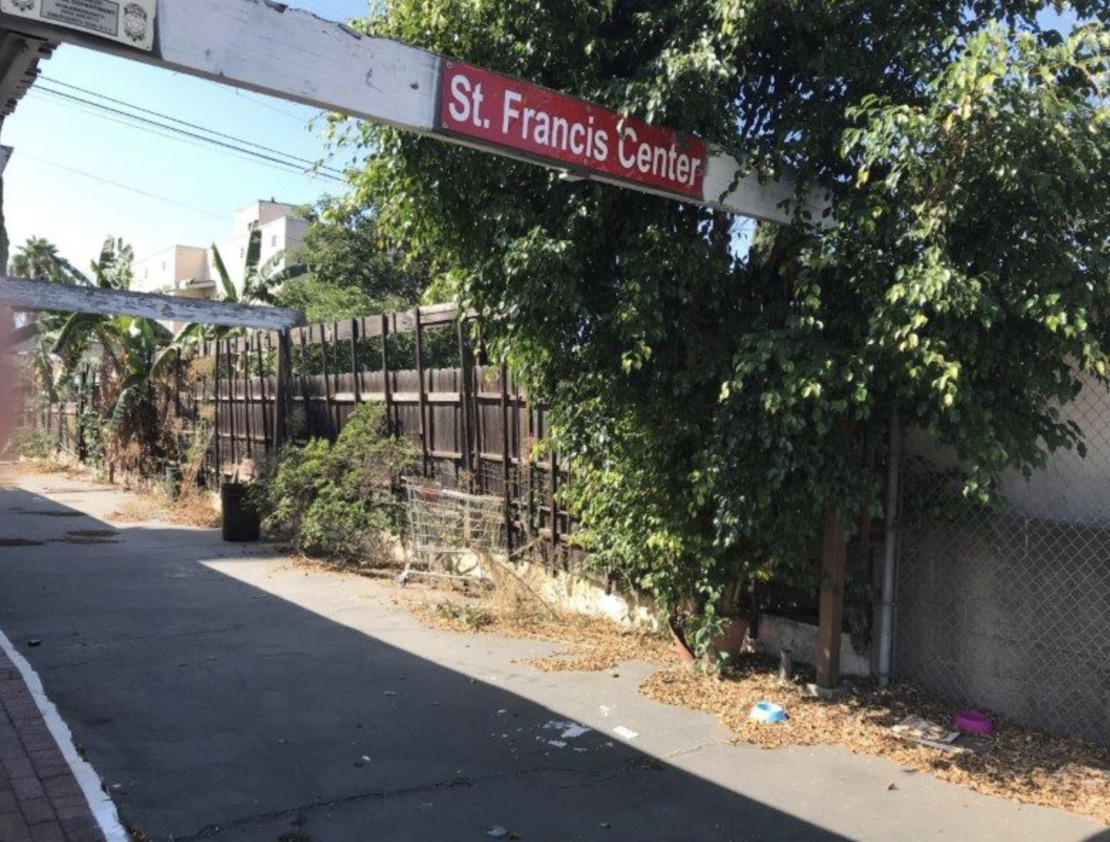 “No one knew it was a Killingsworth—neither the city or the St. Francis Center,” Michael Bohn, principal at Studio One Eleven, told the Post. “But I had a hunch because there were so many of the key characteristics that make a Killingsworth a Killingsworth.”

Killingsworth, who had lived in Long Beach since 1921 before dying in 2004, was a true local who happened to also have an international reputation. His firm, Killingsworth, Brady & Smith, became the lead on everything from the master architectural plans for CSULB, USC, and UC Riverside to massive hotels across the globe to treasured residences that now garner regional attention when they are up for sale. His style, especially here in Long Beach where is he is responsible for massive civic projects like the Terrace Theatre and Civic Center in Downtown, influenced an entire generation of architects—especially Bohn.

“Killingsworth was one of my idols,” Bohn said. “He was like a rock star to me. In fact, his wife used to perform on Thursday nights at the old Hof’s Hut in Bixby Knolls so I always knew he was at counter having dinner. As an architecture student, I would just go up and sit next to him and listen to his philosophy. It was the best education I could get even with no school credit.” 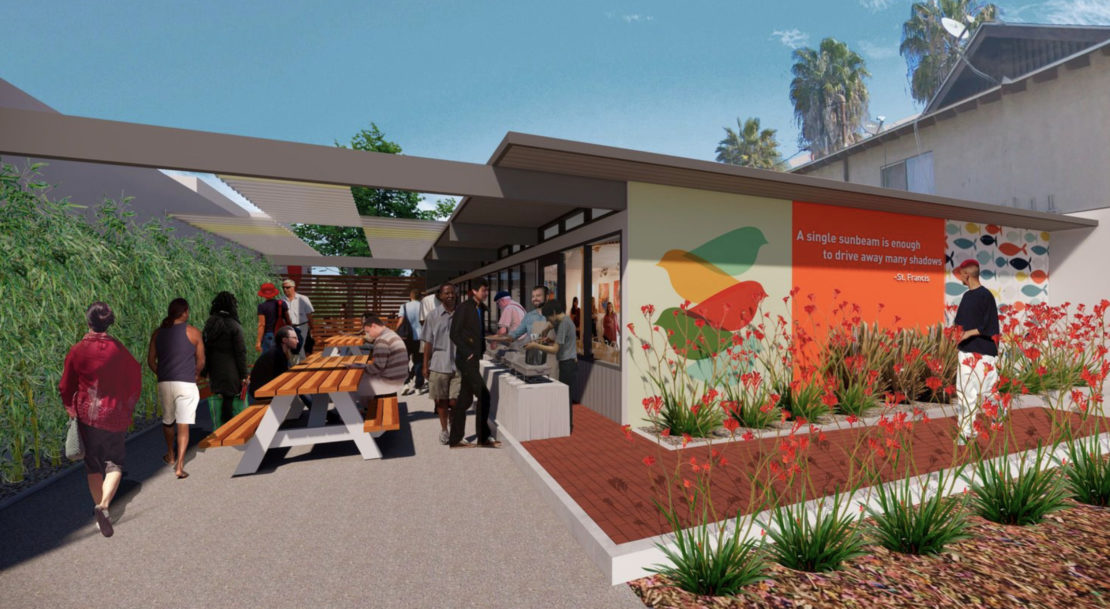 A rendering of the renovation of the St. Francis Center Long Beach. Courtesy of Studio One Eleven.

But perhaps most importantly, beyond conserving the work of one of Long Beach’s most respected architects, is the fact that the facility had “long served the most vulnerable sector of the population, and with the current pandemic, the need for assistance has never been greater,” according to Bohn.

The renovated space will span some 5,400 square feet, bringing in a new commercial kitchen, offices for employment and family consulting services, meeting spaces, and storage to provide clothing to the homeless—all the while retaining half of the building’s exterior in the name of sustainability while restoring the entirety of Killingsworth’s original design.

The original driveway, which used to extend from Seventh Street all the way along the property’s southern edge until it ended at the Chanda Court alleyway, has now become a garden and courtyard which will allow both workers and patrons to social distance. Those with cars wishing to use the parking lot will now enter through the alleyway.

According to Bohn, Studio One Eleven also helped St. Francis in securing building permits and supported fundraising for the organization.

The new center is expected to open in October.