Carroll Park is one of the city’s earliest historic districts, receiving that designation in 1990, soon after the city’s Cultural Heritage Commission began identifying Long Beach’s architecturally significant neighborhoods. And Carroll Park is certainly that.

Most of the residences in the enclave were built in the late 1800s through the mid-1920s and while the predominate architecture is California Bungalow, there’s a smorgasbord of other styles, including Colonial Revival, Queen Anne, Chalet Bungalow, Farmhouse and others. Virtually all of them are nice examples of their styles, perhaps due to the area’s namesake and subdivider John Carroll, who made it a rule that homes built in the former farmland tract cost at least $1,500 to construct, which wasn’t hay at the time and would be the equivalent of over $50,000 in 2022.

Carroll subdivided the land, which had been a fruit orchard, in 1902 and the area was laid out in a broad ellipse of streets, with an additional set of three semi-ellipses on the edges, all east of Junipero Avenue and south of Third Street. The resulting winding, looping roads made things nice and quiet, even bucolic, for the residents back then and even today, cutting down, back then, on farmers from outlying areas cutting through the Carroll Park with their wagons toward the coast and the train stations. 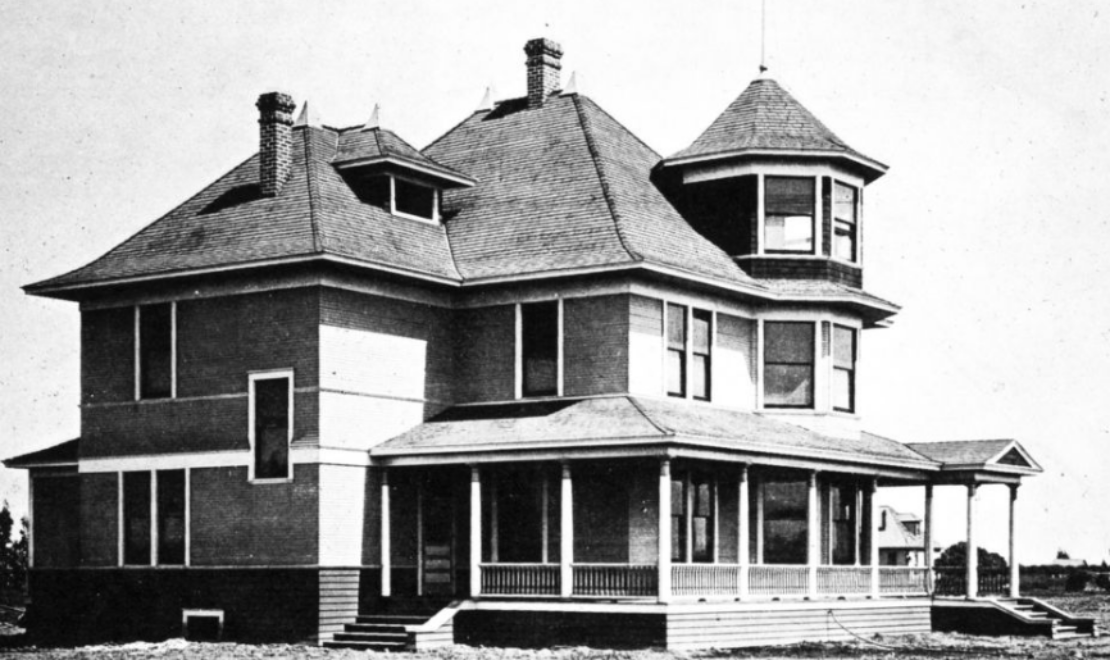 Carroll built a large and impressive home for himself and his wife Elizabeth Jane and their daughter on the northwest boundary of his property, which is now occupied by Our Savior’s Lutheran Church and its parking lot. John and Elizabeth suffered financial ruin during the Depression and died six months apart in the 1930s.

Today, much of Carroll Park remains largely unchanged since its early days. It’s still dotted with small parklets and garages tend to be on the small side, built for wagons and early autos, and its streets are difficult to navigate due to the increased number of cars per household in modern times.

It remains a highly desirable neighborhood and listings for homes for sale are fairly infrequent.

But today you’re in luck because there’s a cute, if currently cluttered, house for sale for the first time in 30 years at 303 Carroll Park West, listed by Marjorie Tyson at $1.249 million.

The owners, says Tyson, are avid collectors of mid-century American art, and right now it’s everywhere in the two-story, 1,754-square-foot home. And by “everywhere” I don’t think I’m leaving anyplace out. Extravagantly framed art hangs virtually floor to ceiling in the living room, the four bedrooms, the dining room and the four bathrooms. Some you’d have to crawl on your belly to see, some you’d need to climb up on a footstool. On horizontal surfaces such as bookcases and tables, are perched statuettes, busts and figurines. 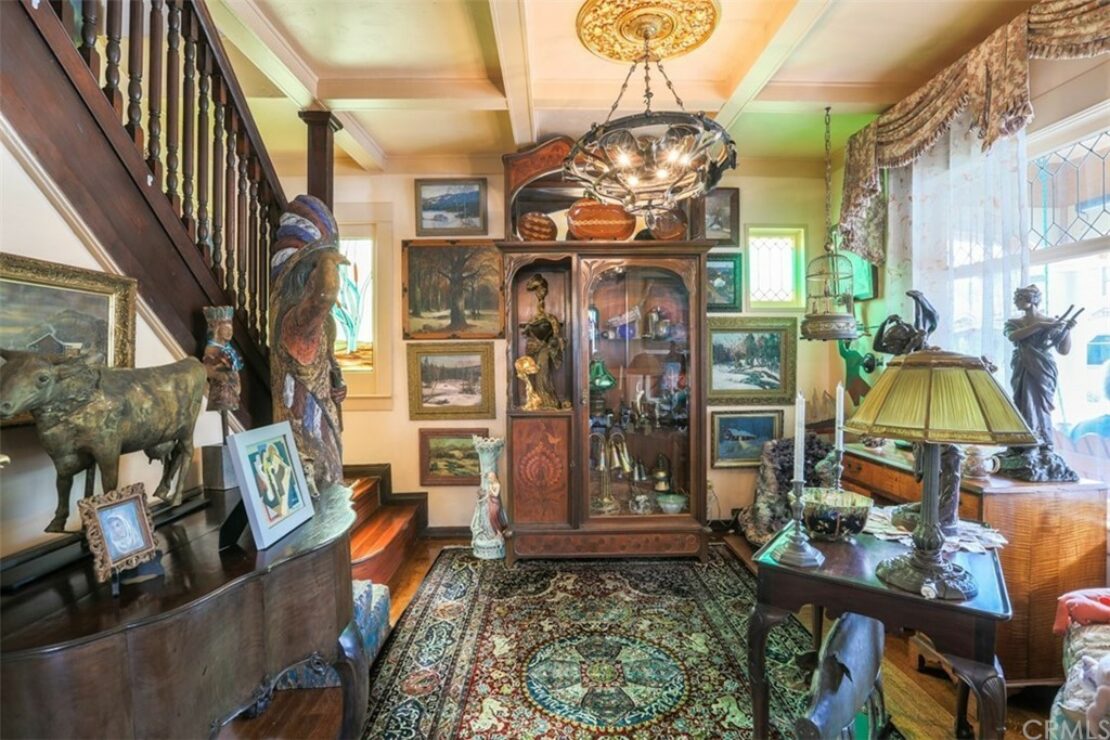 Buy this home and the art will be gone, though you’ll need to buy a vat of Spackle and plenty of paint to cover the several dozen nail holes.

So you’ll have to use your imagination to visualize what you’d make of this 1910 home, which would likely involve a more spartan decorating scheme, and there’s plenty of potential, aside from the fact that Carroll Park is a really nice vintage neighborhood,

The property’s approach is through a hummingbird-decorated fence and gate. The covered porch is perfect for relaxing in the morning or evening in a pair of chairs or gliding back and forth in the porch swing while listening to the burbling front yard mermaid fountain. 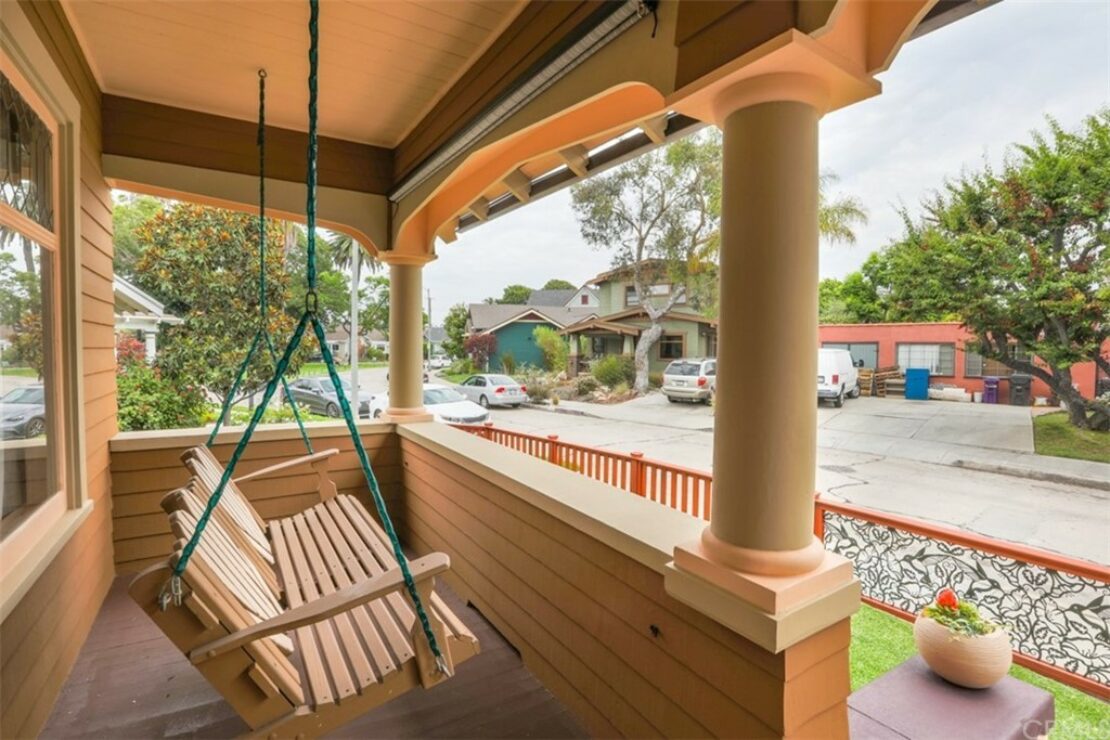 There’s a fine use of wood inside, from the original oak floors in the sitting room, dining room and den, to the Brazilian koa in the first-floor primary suite and upstairs.

The large kitchen has a deep-cast country sink and solid oak cabinets.