You can, if you’re so inclined, go down a pretty complex rabbit hole researching the Spanish land grants of the 1700s, but let’s not get overly bogged down in that and leap to the part about how a Spanish soldier named Manuel Nieto (the guy who the Belmont Shore avenue is named for) was given 300,000 acres for pastureland for his livestock by Pedro Fages, the Spanish governor of California, in 1784.

Nieto’s land, called Rancho Los Nietos, was halved the following year, when priests from the San Gabriel Mission to the north claimed that Nieto’s land encroached on the southern part of their property, and after a decision ruled in their favor, Nieto’s property was reduced to 167,000 acres, much of which covered the territory that is now Long Beach.

Nieto retired in 1795 and lived the balance of his life on his rancho. When he died in 1804, he had more cattle, horses and land than anyone in California, and he left it all to his wife and children. The heirs soon divided the ranch into six ranchos, one of which would become Rancho Los Cerritos.

The land went through a series of owners, including John Temple (another avenue namesake) and, finally, Jotham Bixby, who began running the ranch’s operations in 1866 before his land company took to selling off parcels to developers and early Long Beach neighborhoods began popping up in the area—Los Cerritos and Virginia Country Club; California Heights and Bixby Knolls.

That’s the short version of the area’s history, but at least it gets us to March 9, 1930, when the area that was called Bixby Knolls was officially opened to prospective buyers by the Long Beach developers Deeble-Chapman Corp. The land on which the homes were to be built was in the area east of Atlantic Avenue between San Antonio Drive and Bixby Road, “a particularly choice portion of the Bixby-owned lands,” according to the newspaper.

Today, the homes in the area are of differing architecture, but most are stately and elegant, chiefly due to the fact that the developers insisted on it. In advertisements, Deeble-Chapman stated, “You have the positive assurance that your neighbor’s residence will be in perfect harmony with your own, for every house plan must be approved by the Architectural Committee, which is empowered to change or reject any house plan which does not reflect the good taste and beauty of design which Bixby Knolls’ standards demand.”

A new listing I visited last week must have easily breezed through the Architectural Committee’s inspection because it is a standout, even by the standards of Bixby Knolls, which has many fine examples of various styles of architecture, from Tudor to Mid-Modern and Craftsman. 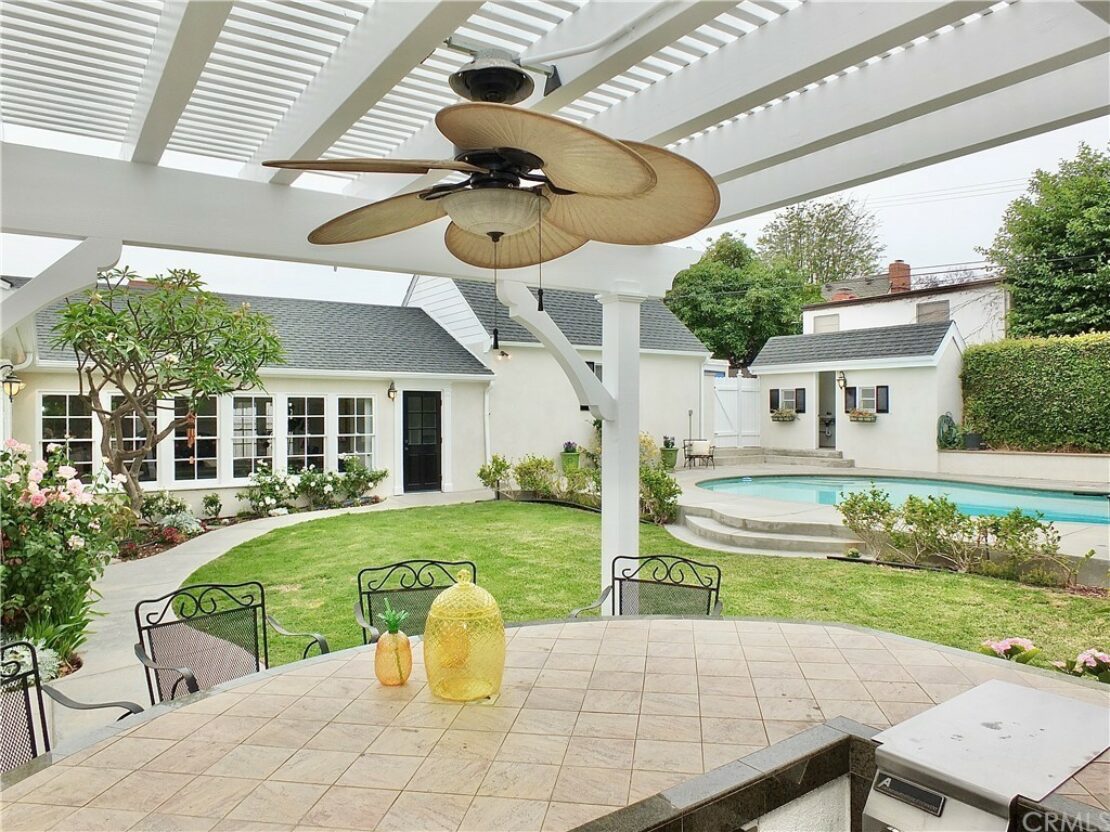 The large backyard with covered patio and a swimming pool with pool house. Photo courtesy of Alan Fasnacht.

This home at 3914 Olive Ave., listed by Team Fasnacht at $1.975 million, starts out with tremendous curb appeal with a pair of young magnolia trees on the parkway and several stairs leading up to the house’s raised location on what Realtor Alan Fasnacht describes as the highest knoll in the Knolls. The white, traditional style of the two-story home that’s emblematic of much of Bixby Knolls’ finest residences is elegant in its simplicity.

And none of that exterior elegance disappears inside the 3,146-square-foot home with its four bedrooms—two of which are primary rooms; the downstairs one is attached to a private office, while the upstairs room features a large walk-in closet, vanity seating, and a bathroom equipped with a spa shower and jetted soaking tub. 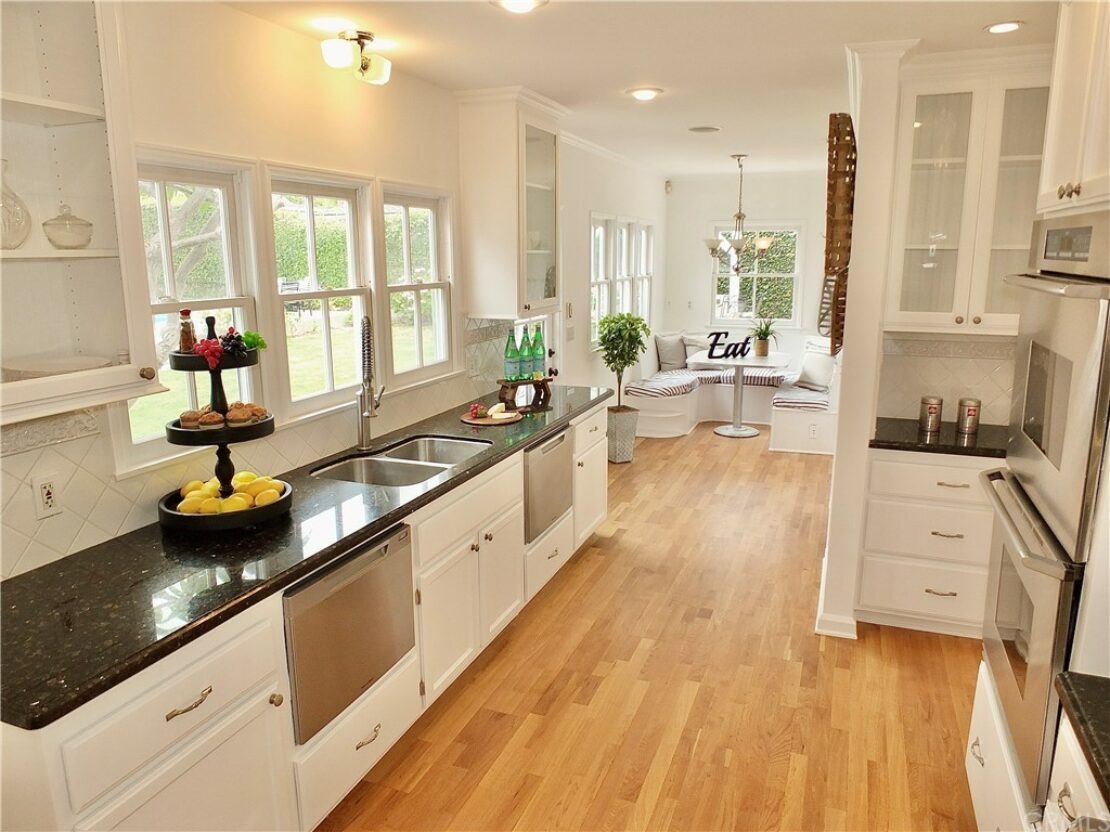 If you want to take your entertaining outdoors, the home is set on a spacious 9,230-square-foot lot, which leaves ample room not only for a swimming pool, but a pool house with a half-bath, an inviting patio bar for drinking and dining that’s equipped with a gas grill, a refrigerator, sink and Dolby sound system.

Best of all, this home sits on a typically quiet and lush Bixby Knolls street that has retained through the years echoes of its bucolic past, while being within an easy stroll of the more modern conveniences and attractions of the booming Atlantic Avenue and Long Beach Boulevard.

A home with roots in aviation history on the market for $1.375 million