The playground at Admiral Kidd Park in West Long Beach was severely damaged by flames on a recent night, prompting city officials to close down the playground and launch an investigation into how the structure caught fire.

The Long Beach Fire Department responded to the blaze at the park in the 2100 block of Santa Fe Avenue at around 2 a.m. Sunday and found the playground melted by flames, according to LBFD spokesman Jack Crabtree. He said one engine crew extinguished the fire “at and around the playground area.”

Fire investigators are still trying to determine exactly what caused the blaze, he said.

“I am devastated to hear of this senseless loss of playground equipment at Admiral Kidd Park, especially during a time when children are out on summer vacation and participating in summer camp activities,” Councilman Roberto Uranga, who represents the area, said in a statement.

Uranga said he is working with city departments to “expedite the replacement of the playground.” 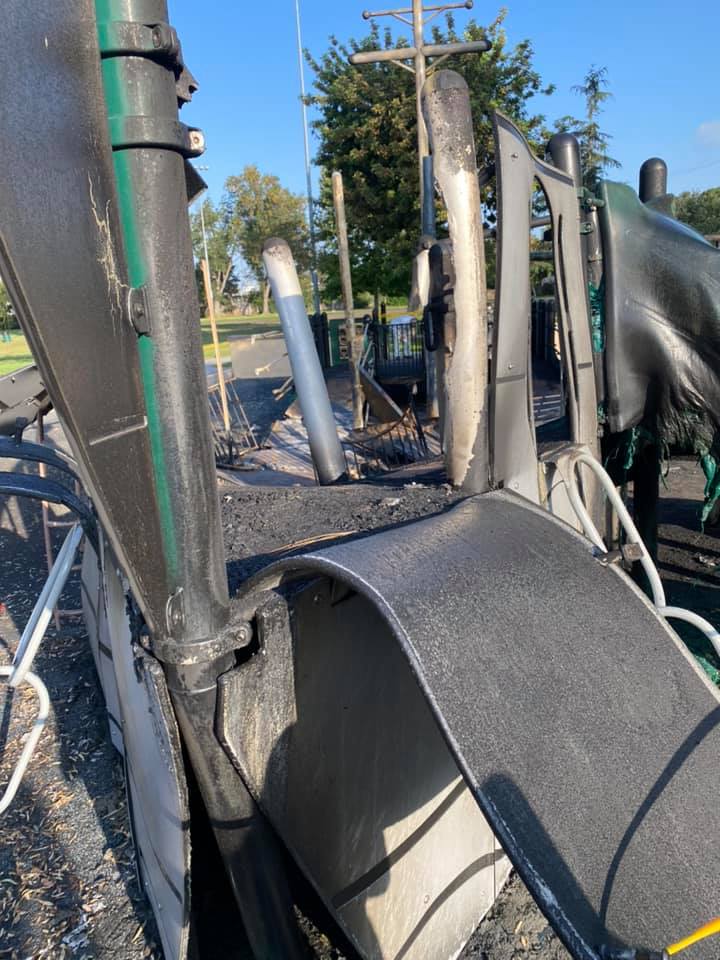 West Long Beach resident Irving Flores, 20, said he discovered the damage Monday morning when he stepped out to walk his dog. He saw the LBFD and city maintenance workers at the scene. One worker wrapped caution tape around the playground.

“It was just kind of devastating ‘cause I know a lot of the kids like to play with that, and a lot of people go to the park for that,” Flores said. “So, knowing that someone took the time out of their day to burn down a playground, it sucks.” He said he felt both “mad and sad.”

Fire officials said they don’t know yet if the fire was intentionally set. 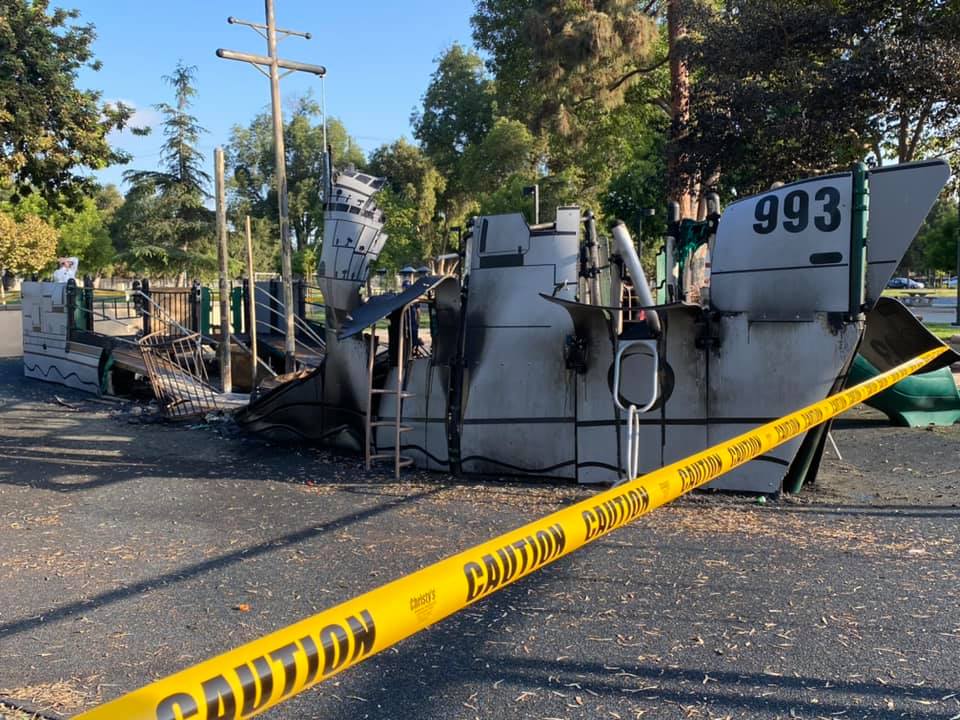 “When I grew up, Admiral Kidd Park was nothing but dirt and these little metal slides and stuff. Now that we have a really nice playground, and it was destroyed, it’s devastating,” Flores said. “We don’t know if we’re going to get a new one any time soon just because that was fairly new.”

The playground opened in 2011 as part of a park-expansion project, according to Parks, Recreation and Marine Department spokeswoman Jane Grobaty.

At the very least, “the tot lot seemed to have been spared,” Grobaty said about the blaze.

Uranga said that he is “committed to ensuring that West Long Beach will see a new playground at Admiral Kidd Park as soon as possible.”

If anyone saw anything that could help determine how the blaze began, Uranga asked the public to contact the Long Beach Police Department at 562-435-6711.

Editor’s note: This story has been updated to clarify that fire officials say the blaze happened on Sunday, July 18.