A month after a Southern California offshore oil spill, environmental advocates said Tuesday that they plan to sue the federal government over the failure to review and update plans for platforms off the coast.

The Center for Biological Diversity said it sent notice to the Secretary of the Interior of its intent to sue, a requirement for lawsuits against the federal government.

The group contends the government approved plans for a cluster of oil platforms in the 1980s and that they are still running though they were expected to wind down production in 2007.

The notice came a month after a pipeline owned by Houston-based Amplify Energy leaked at least about 25,000 gallons of crude oil into the ocean off the coast of Orange County. Blobs of oil washed ashore, oiling birds and shuttering the famed shoreline of Huntington Beach for a week. 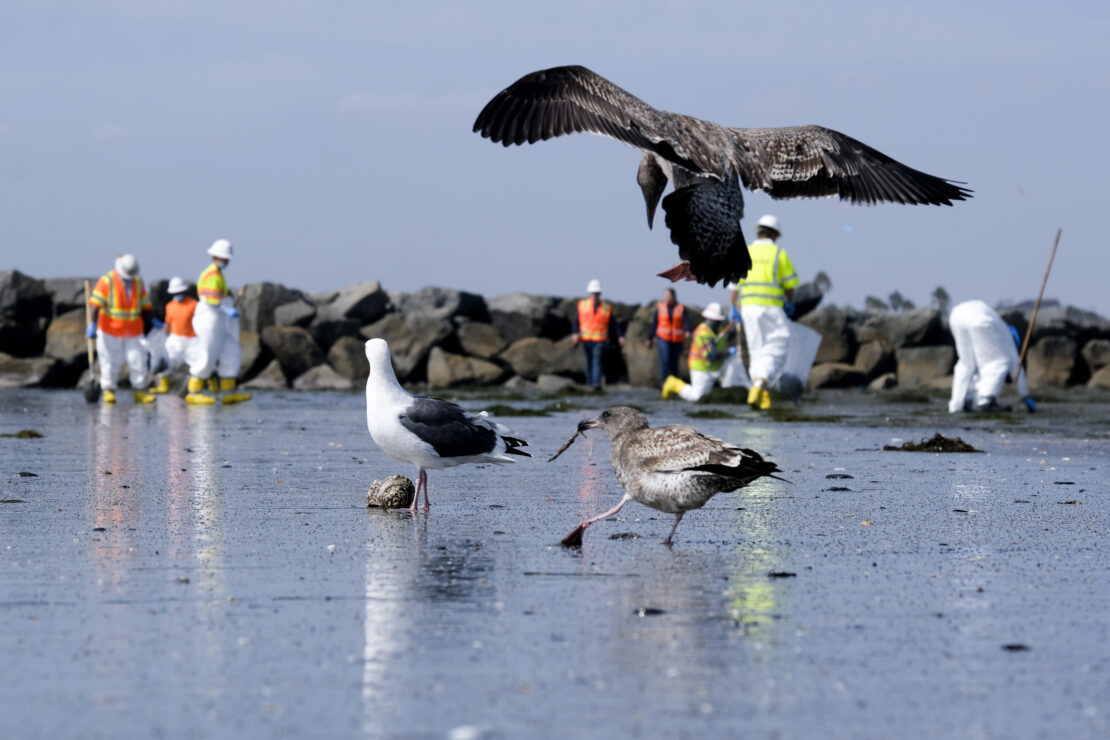 Environmentalists braced for the worst but the damage has been less than initially feared. Much of the oil broke up at sea and local officials put up booms to keep the crude out of sensitive wetlands.

Under federal law, the government is required to review oil development and production plans for leases in federal waters and revise them as needed in response to changing conditions or activities, though that rarely happens, said Miyoko Sakashita, oceans director at the Center for Biological Diversity.

“It is not lawful for them to just continue on with these really old development and production plans,” Sakashita said.

She added: “It’s particularly notable in this instance where we’ve now had this oil spill. The infrastructure is aging and things need to be done differently.”

An email message seeking comment about the group’s lawsuit plan sent to the Department of the Interior was not immediately returned.

The leaky pipeline near Huntington Beach ferried crude oil from the offshore platforms questioned by the Center for Biological Diversity to the coast.

The cause of the spill is under investigation, but federal officials have said the pipeline was likely initially damaged by a ship’s anchor.